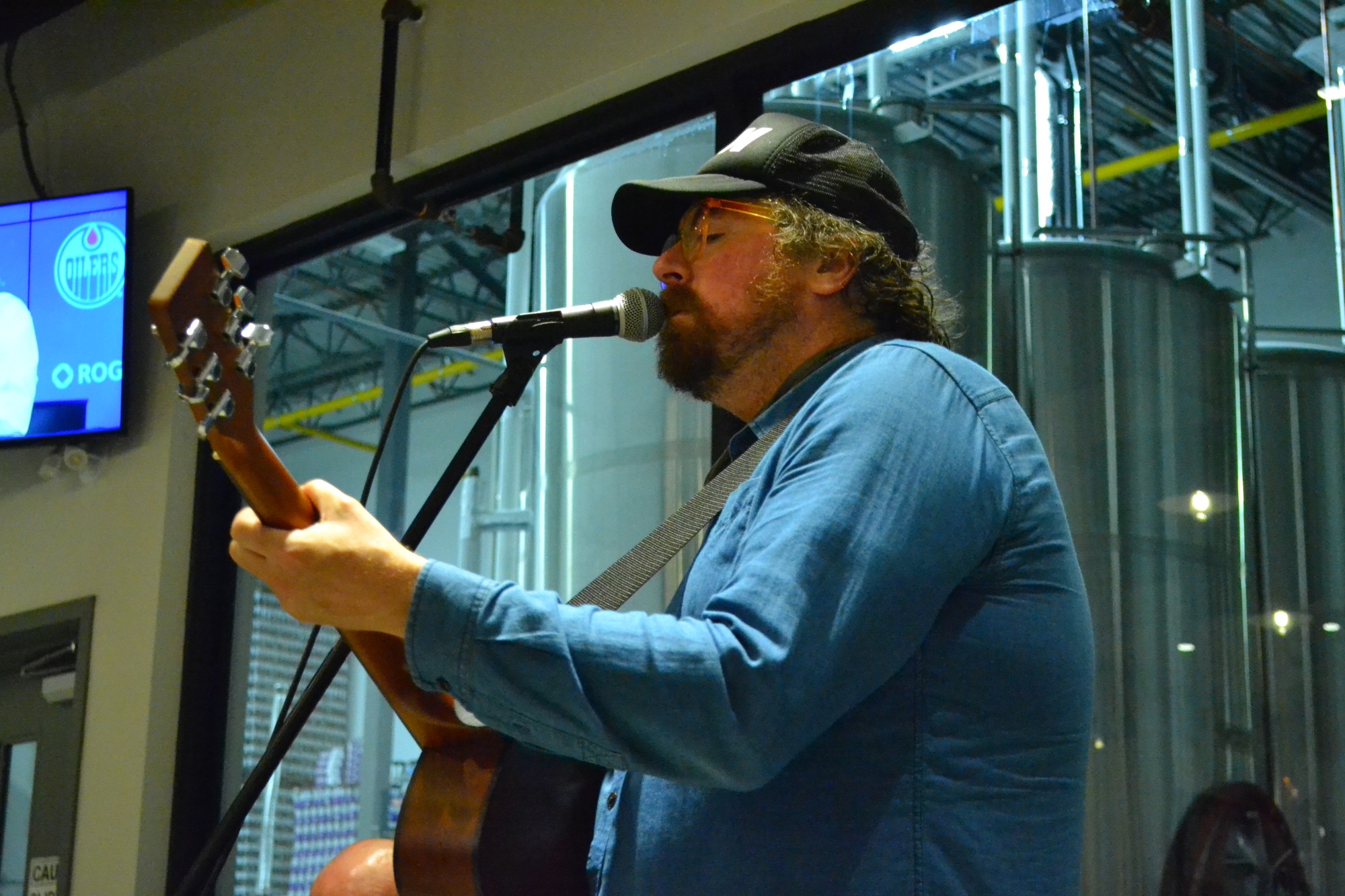 Matty “GRAVEN” McKechnie is one musician who hasn’t let restrictions bring down his positivity and inspiration as he gets ready to release his new album Simple Complex in the early new year.

GRAVEN has been performing and writing alternative, indy, country rock music full time since January 2021. Part of that includes his weekly Instagram livestream series called GRAVENTOWN, which he describes as welcoming, inclusive and about the community.

“It’s a lot of fun,” says GRAVEN. “Instagram seems to be more of a positive and creative place.”

Graventown is also the name he decided to give his podcast.

His music focuses on themes such as relationships, media and kindness. “I just try to talk about what’s going on with me and my music,” says GRAVEN.

“My music isn’t super loud either,” he adds. “It’s not going to ruffle many feathers in the neighbourhood.”

GRAVEN’s desire to create a space for all people and music lovers online also carries over to his live shows.

June 2021 to mid-October had him performing 15-20 shows, most of those being yard parties or concerts in parks he would play with fellow musician Tom Thompson.

Thompson, who plays the pedal steel guitar and baritone guitar, put out a desperate plea on Facebook not that long into the pandemic and GRAVEN invited him to play a show with him. They’ve been performing together ever since.

“I had to learn 14 songs in three days,” says Thompson. “And off we went. The songs GRAVEN writes are really open. It means I have lots of room to fit in without playing on top of his vocals. It’s great.”

I met GRAVEN and Thompson at Broadhead Brewery’s 10-year anniversary party in Orleans on a rainy night. We chatted at the bar and soon after I grabbed a table to watch the show.

Kaitlyn Stokes, the marketing and events manager for the brewery, sat down with me as GRAVEN and Thompson set up their equipment.

“We really love his positive attitude for sure, it’s refreshing and it’s what everyone needs right now,” says Stokes.

GRAVEN’s vocals reached the far end of the room and had people standing up at their tables as they danced to All Roads, a song about two lovers who part ways in search of independent adventures, knowing they’ll end up back together.

On his songwriting, GRAVEN says there’s a culture within the community where it’s cool to be pissed off and to look moody.

“That’s cool, that’s part of it, if that’s legitimately how someone feels, that’s fine,” says GRAVEN. “I just don’t get into a lot of that. I think there’s a lot of things in life people can be grateful for. I try to look for the silver lining.”