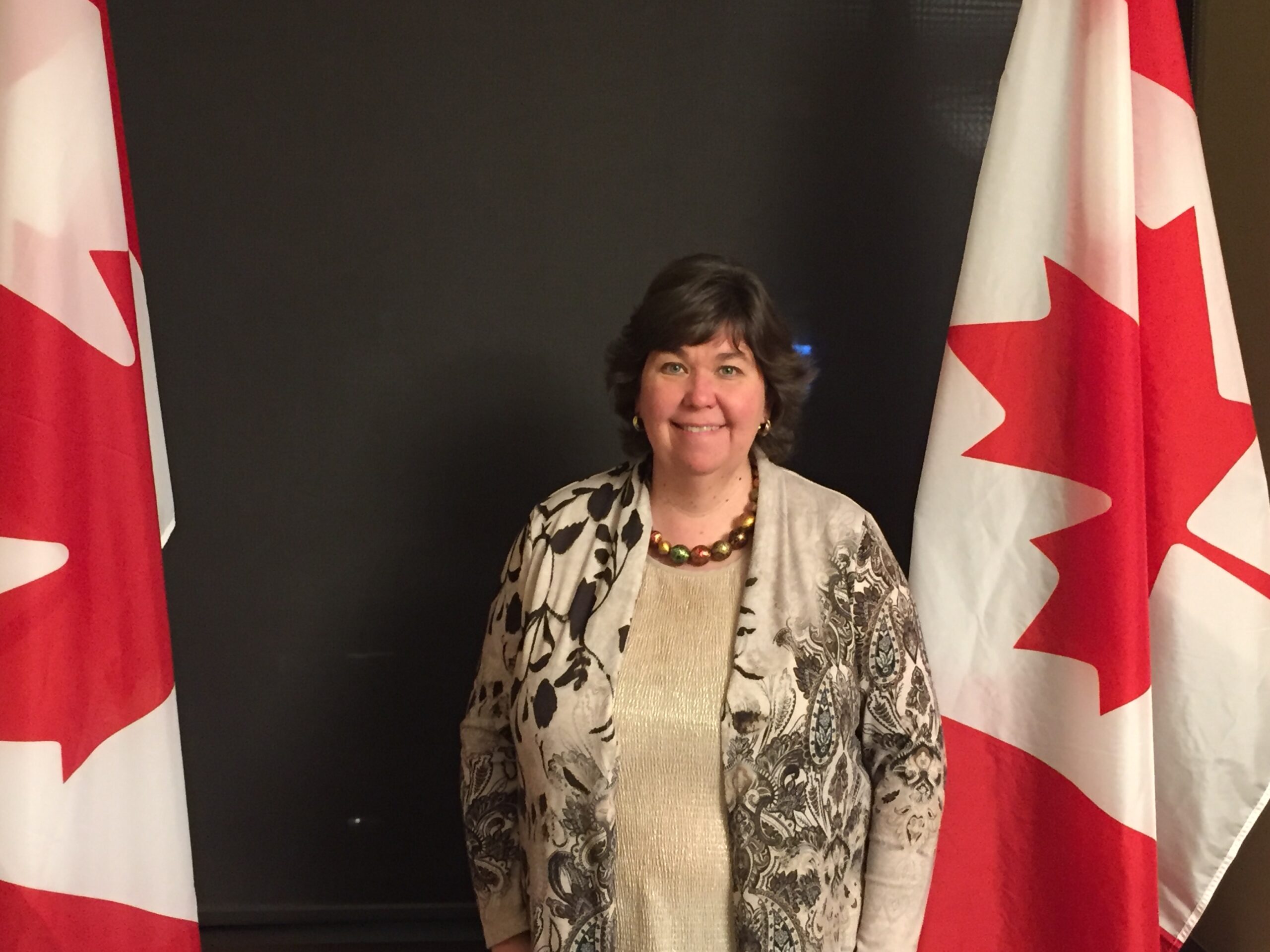 Ottawa-West-Nepean MP Anita Vandenbeld currently serves as the parliamentary secretary to the Minister of International Development.
Photo by: Cameron Ryan

It was a divorce that first brought Anita Vandenbeld to Ottawa and a serious illness that would bring her back to stay.

The Ottawa MP has served Ottawa West-Nepean for over seven years. She was first elected in 2015 in an election that swept her Liberal party from irrelevancy to a majority government.

The victory took Vandenbeld from a life working in international development to the halls of power.

Vandenbeld represents a diverse urban riding in the west of Ottawa. Her equally diverse resume has propelled her to three straight victories in what was formerly a Conservative riding.

Everyone’s path to the House of Commons looks different; there’s no yellow brick road leading one to a green chair in Canada’s legislature.

For Vandenbeld, the journey took her from Alberta to crisis zones all around the world and then from her dream job to a parliamentary office overlooking the Ottawa River.

Vandenbeld’s story starts far away from Ottawa. She was raised in Calgary by immigrant parents from the Netherlands.

Vandenbeld would attend the University of Calgary, earning a bachelor’s degree in history and political science. It was at university where Vandenbeld would take her first steps into the political world, becoming the president of the campus Liberals, which some may consider a dirty word in Alberta.

However, Vandenbeld would mend her Alberta cred when she got her first job out of university.

“What do you do in Calgary with a degree in history… you go work in the oil sector,” says Vandenbeld with a small laugh. While not quite the roughneck, Vandenbeld worked on the white-collar side in mergers and acquisitions. However, her time in the oil business would be short-lived.

Vandenbeld had long been interested in taking her talents overseas; she’d applied to many international job banks before her time in the oil business. It wasn’t long after leaving oil that she’d get a phone call that would change her life.

“Can you be in Bosnia in two weeks?” That was the question facing Vandenbeld in 2000. It was a no-brainer.

“When you get an opportunity and your gut says do it no matter all of the reasons you shouldn’t, just jump,” said Vandenbeld, some words of advice she often shares with people.

The job in post-war Bosnia and Herzegovina had Vandenbeld working on anti-corruption projects. Her work included creating a commercial PSA advising citizens to vote against corruption. Vandenbeld admits that was because no one else wanted that position as it was too dangerous. The job lasted just six months but for Vandenbeld it left an immediate and lasting impact on her. “It makes you realize things you consider self-evident are very different in another place,” said Vandenbeld.

Vandenbeld would return to Canada to work on Parliament Hill for the Liberal party. It was Vandenbeld’s intention to understand how Canada’s political system worked in order to bring that knowledge to developing countries.

With her new found knowledge in hand Vandenbeld was back in the Balkans, this time in the newly formed country of Kosovo, a breakaway region from Serbia that declared independence in 2008. Vandenbeld was there to advise the new government on how to run a parliamentary system.

Vandenbeld’s work would take her all over the world and then to her dream job in Manhattan, working with the United Nations. In New York she ran a global network of women in politics (iKNOWPolitics).

“It was really a dream, this was what I’d dreamed of since I was a teenager, was working for the UN in New York, and I got to travel around the world, talk to women in every country in the world and connect them,” says Vandenbeld with some nostalgic excitement.

It was in this job at a conference in Indonesia where she would receive a phone call that would change her life, again.

Vandenbeld had been thinking about running for office for some time. She heard it from the women she worked with who believed Canada needed a woman like Anita in office to make a difference for women on a global level. And an opportunity to do that arose when Liberal candidate and former Defence minister David Pratt opted not to run in Ottawa West-Nepean. “Sometimes you just go with your gut, and there was just something in my gut that said I could actually make a difference,” said Vandenbeld.

It was 9 p.m. in Jakarta Indonesia on a phone call with the Liberal campaign chair that Anita Vandenbeld set herself on a course to that green chair.

Anita Vandenbeld left her dream job at the UN to run to be the member of Parliament for Ottawa West-Nepean. However she was facing a giant in her opponent John Baird. Baird was the foreign minister at the time and still had a lot of support in the riding. Vandenbeld would be defeated in her first election and Baird would go on to serve in a majority government.

After her defeat, Vandenbeld would continue her international work, including a half- year stay in the Democratic Republic of the Congo and time in Bangladesh. All the while, Vandenbeld had her eyes on Ottawa West-Nepean. But while in Bangladesh Vandenbeld became very ill and was forced to leave the country and return to Ottawa for treatment. To this day she doesn’t know what was making her sick, but her return was a blessing in disguise.

Vandenbeld would seek the Liberal nomination for a second time in the 2015 federal election. This time without Baird, who had resigned earlier in the year. Vandenbeld would secure the nomination and with the wind at her back and the rest of the Liberal Party she would cruise to victory, winning a majority of the vote. After years of service abroad, Vandenbeld was ready to settle into a green chair in Ottawa.

Since being elected, Vandenbeld has held various roles in Parliament and has continued to advocate for women at home in Canada and abroad. She won re-election in 2019 and again in 2021. With seven years on the job, she is keenly aware of the responsibility of being an MP.

“You can change lives in this job every single day. I won’t take one day for granted because every day I’m here I can do something and I can make a difference,” says Vandenbeld.

“Every day, I feel like I can’t waste a second because there is so much you can do with this platform.”

Vandenbeld’s path to a seat in Parliament was a long one that took her from the oil sector to the Balkans, from the Balkans to the UN and from defeat to three straight victories.

Ironically and in the end happily, “the worst things to ever happen to me are the reason I’m an MP,” says Vandenbeld.

Through a divorce and a severe illness it was persistence and public service that led Vandenbeld to her House of Commons seat.