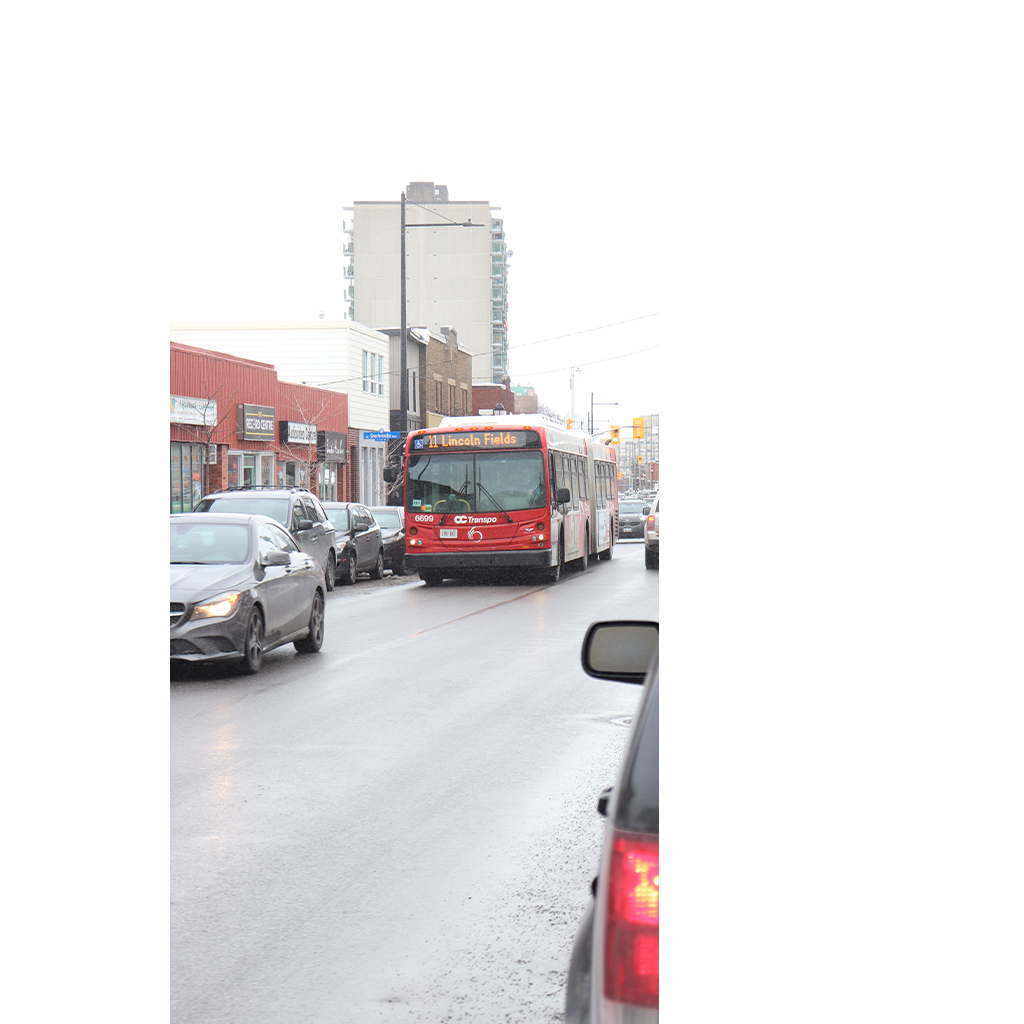 Time to put the wheels in motion for the second annual transit challenge.
Photo by: Laura Nelson

Kicking off next week is the second annual Ottawa Transit Challenge starting on Feb. 17. Ottawa Transit Riders, along with Ecology Ottawa and Healthy Transportation Coalition, have asked city councillors to take public transit for the week.

The week challenge is meant to help councillors understand the good and bad of public transit.

Catherine McKenney, councillor for the Somerset ward, said the transit challenge is an opportunity for elected officials to experience the good and bad of public transit, and to learn and share with staff, colleagues and social media followers.

“Our public transit can be improved regarding reliability, affordability and consistency,” they said.

For McKenney, the week is about knowledge and understanding on how to better advance public transit for commuters.

“The Transit Challenge helps us all share the experiences of transit users and better understand how their lives could be improved through better public transit,” said McKenney.

Shawn Menard, councillor for the Capital ward, said this will be the second year he’s taken part in the challenge. Menard thinks it would be interesting to extend the week for councillors who rarely use transit. He would also like to see a bike challenge added.

“It provides an opportunity to communicate with residents and drivers about the transit system, good and bad,” Menard said.

Menard uses transit frequently as a way to know about what is going on with the transit system.

“I take transit regularly and feel it is necessary to understand better the system as a councillor,” he said.

For Theresa Kavanagh, councillor for Bay ward, the commute to work will not be an issue. It is all the additional travel that comes with being a city councillor.

“Our work is throughout our ward and sometimes out of the ward. We have tight deadlines and that makes it more complicated,” said Kavanagh.

Kavanagh does not think she could perform the task as a city councillor as well if she could only take transit.

“I could not do my job as thoroughly If I only could rely on transit, because of the tight deadlines I have in my job,” said Kavanagh.

The challenge for Kavanagh is a way to reflect on the experience of someone who is using transit daily.

“The week is a reminder of what people do daily. That do not own cars or cannot drive and what they live through,” said Kavanagh.

The transit challenge is open to anyone who wants to participate. Follow along with others sharing their experiences during the week on Twitter with the hashtag #TransitChallenge2020.