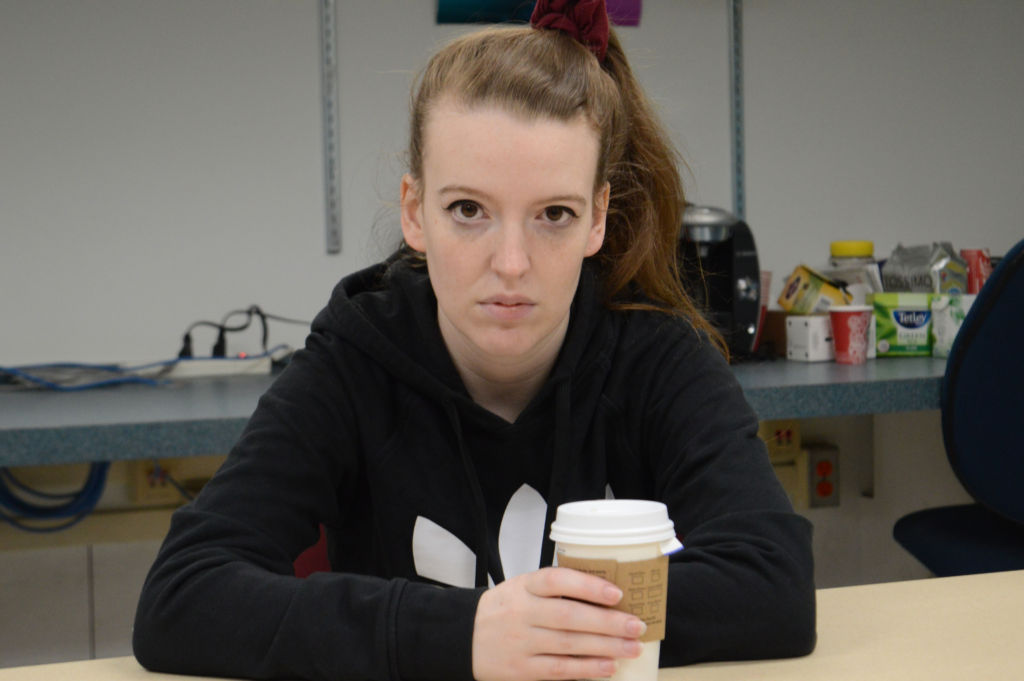 My mornings typically start with my alarm blaring. If I’m feeling particularly well-rested, I might get out of bed with my earliest alarm. That’s a rare occurrence. It’s more likely that I’ll turn off that first alarm, roll over and fall back asleep for another hour. That’s why I’m one of those people who has three alarms set every morning – each an hour apart.

I have developed the ability to get out of bed and out the door quickly when I need to, but I dread it and will complain about it the whole day. Now, I’m getting close to the end of my academic career and the real world is looming, which means a regular work schedule and a regular wake-up call. So, to try and prepare myself, I decided to train myself to get up at 6 a.m. every day for a week and document how I was feeling and what I got up to during that extra time awake.

After talking with my colleagues, friends and fellow students about what their morning routines entail, I realized that I am definitely not alone in my morning struggles.

“I don’t have a morning routine because I don’t get up early enough for it to be the morning,” says 22 year-old Amanda Leveille. “The only time I’ll get up in the morning is if I have an alarm, and I’ll hit snooze three to four times before I just turn it off.”

Leveille, who has a bachelor’s degree from the University of Minnesota, says that while she was in school she would time out how long it took her to get to class so that she could sleep as long as possible.

“If I have to get out of my house, I’ll get up about five minutes before I need to leave,” she says. “I won’t eat, because why eat when I can sleep? I don’t brush my hair because I’m not trying to impress anyone. I just brush my teeth and go.”

When I announced this plan to my classmates, I was often met with the question “why?” That was usually followed by “good luck.” I was also asked if I planned to continue with this schedule after the first week and reminded that it “takes 21 days to make a habit.” While one offered to send me motivational Snapchats each morning, as a group they weren’t the most supportive bunch and I got the feeling a few of them thought I was crazy for even suggesting the idea.

The wake-up time fell apart quickly. The alarm went off on that Tuesday morning and I could barely keep my eyes open to set up my tripod and camera to start my documentary-style video. The only reason I was actually able to stay awake was my cat who had decided she wanted all of my attention at that moment and was not going to let me go back to sleep.

By day two, I had made the decision that 6 a.m. wasn’t going to work, and so I made an adjustment. The alarm would be set for 6:30, and that did make it easier as long as I had something that I needed to do as soon as I woke up – whether that was homework, yoga, baking or even just needing a shower. A set routine for each morning seems to be the key for success.

Twenty-two year-old Costco employee, Nathan Raymond seems to have it down pat. Raymond works regular morning shifts before dawn and says that he keeps his morning routine simple. Every weekday he wakes up between 4:30 and 5 a.m. and leaves the house by 5:45, which gives him about an hour to get ready.

“I go straight to the shower, followed by getting dressed and having a light breakfast before heading out the door for work,” says Raymond. “I’ve adjusted to an early morning schedule by making sure sleep is my main priority in the evening. I aim to have at least six hours of sleep at night, in the hope that my body can recover from the previous day before I start the next one.”

According to the Canadian Sleep Society the adult human body’s circadian rhythm – the internal clock – dictates one major nighttime sleep episode of between six to nine hours. They recommend practicing “sleep hygiene” to ensure a quality sleep, which includes setting a regular bedtime and wake time.

I discovered that starting a regular wake time, especially when it’s earlier than the sun coming up, is difficult. I found that I needed a nap every afternoon – and caffeine – to make it through the day until it was time to go to bed. I also found that as the week progressed, I started going to bed a little bit earlier.

“The first couple of weeks adjusting to a new sleep schedule were rough,” says Raymond. “I was finding it much harder to be up in the afternoon without having a nap. All my body wanted was sleep which impacted my social life and daily life immensely.”

Leveille says that when she was working a job during the summer that required her to be up at 7 a.m. every day, she did get used to it by going to be earlier. But now that she no longer works that job, her sleep schedule has reverted to the way it was before.

“I feel way more productive and better about myself when I get up in the morning,” says Leveille. “I miss most of the day, but when I first wake up I feel like I’d rather still be sleeping.”

It’s a sentiment I can relate to. Each night of this personal experiment, I would make ambitious plans for what I wanted to do during that extra hour in the morning and each morning I would wake up and think “more sleep sounds like a better idea.” On the days that I did get out of bed and complete my planned activity, I was pretty proud of myself.

As I’m writing this, though, I think I’d rather be sleeping.