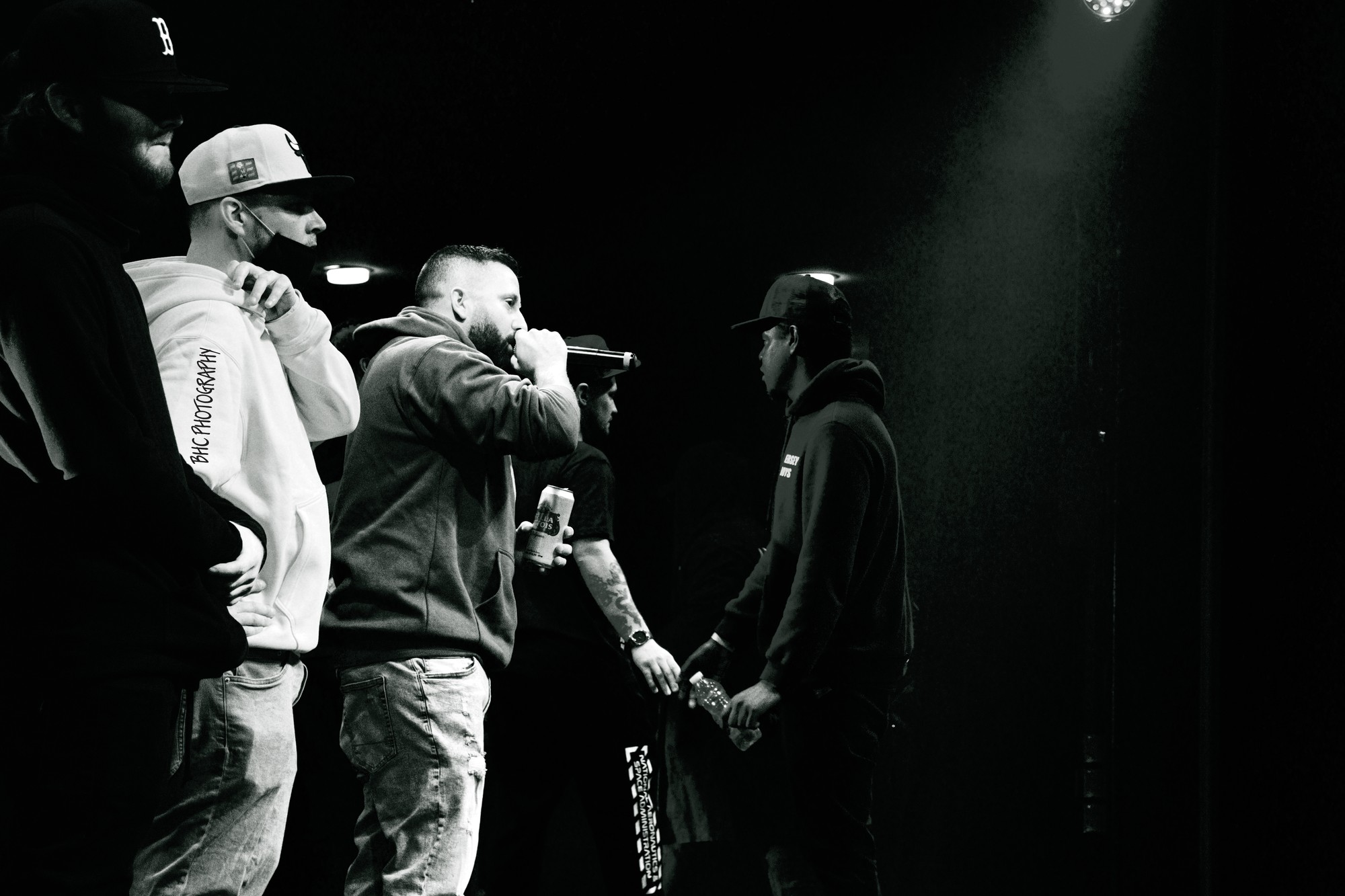 When battling in the Toronto-based rap battle league, King of the dot, Ottawa MC and rappers Prehistoric and Jugga noticed that Ottawa was a very rare stop on their schedule, maybe once a year. They discovered there was an opportunity to bring something more frequent to this creative space.

“There was a lack of rap battles in Ottawa, and we decided to take a chance and see how it went,” Prehistoric said. “When I’m done, not just being a battler but, when I retire or whatever you want to call it, I like to leave a lasting impression.” 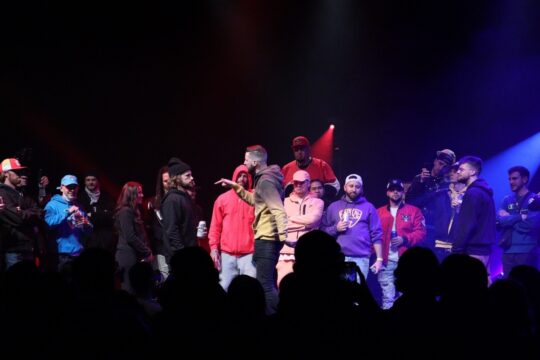 The final battle Charron battles Porich and on stage they were joined with members of the CRB community. This was taken at the Bronson Centre during the Capital Punishment 6 event on November 6, 2021. Photo credit: Baylee Clark

Ottawa has a unique group of people who come together through the rap battle community. Capital Rap Battles (CRB) was founded by Patrick “Jugga” McCormack and Sacha “Prehistoric” Krishna, .

Providing opportunities for local talent to compete in scheduled events alongside talent from outside of Ottawa-Gatineau. Each event is professionally produced, with video content and posted online.

Co-owner of CRB and rapper in general, Sacha “Prehistoric” Krishna came up in the early 2000s in the freestyle era. Along with him, as co-owner of CRB, is Patrick “Jugga” McCormack who had the idea to make CRB similar to 8 Mile, the movie about Eminem’s life.

“I was drawn to battle rap for a long, long time. From highschool on, I just loved it. I love the thrill of it, and getting a crowd to react, and showcasing the skill set,” Prehistoric said. 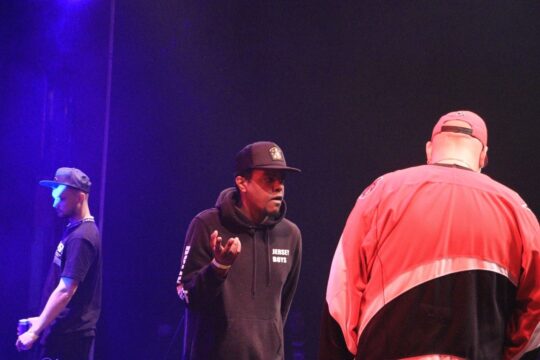 “Then the actual genre of battle rap really evolved from the freestyle era, where you’re making it up on the spot, with a little bit more surface insults, and then it transferred over the written era with King of the dot and whatnot.”

King of the Dot Entertainment, also known as KOTD, is a rap battle league founded in Toronto in 2008 and the company’s HQ is based in Toronto, from which it received its name. Successful music artists such as Madchild have battled in King of the dot.

“Patrick hired all kinds of people to help because it was such a big production. But most of our events aren’t that big like that one that you were at, at the Bronson center was by far a much bigger production than then the most of our events. Sometimes we won’t even have microphones and we won’t, it’ll be very, you know, small and intimate. But so we have, like, basically contractors that we would hire on an event to event basis,” says Prehistoric.

This can be looked at as therapy for some battlers and is used as a release in many ways.

Past events have been at different locations, for example in November the event was at the Bronson Centre Music Theatre. Sixteen artists competed in the Capital Punishment 6 event which included Charron and local artist Dully Neff. 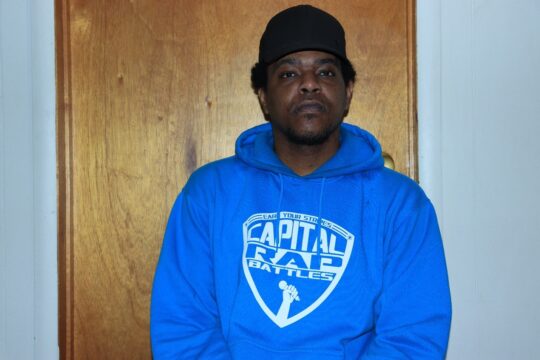 Duulaa Roba, also known as Dully Neff started as a writer that decided to get into raps after college in 2019. Before CRB, Dully was part of the Toronto league, King of the dot. He has been in ten battles to date and has been active for 2 years now. “The best part about the battles is honestly the atmosphere, the undiscovered talent and the connections you make,” he said.

At times, it can become very aggressive and venomous in a battle. There have been events in the past where two people have real life disagreements or hatred for one another, but they’ve settled it in the ring without throwing a punch. Usually that puts the fire out, but Prehistoric compares it to MMA cage fighting.

“Once you’ve finished your business, you have a newfound respect for the opponent,” he said. This is because they take the time to create, perform and commit to long hours of practicing before the show. “It’s a huge time commitment, to put it lightly.”

“We’re going into our seventh year now, and I was just generally involved in hip hop culture for a really long time, like, 30 years,” Jugga said.

“At the time, when the idea started coming together to do a battle league because there was a void there was a niche that wasn’t being filled, nobody was doing it here anymore.”

There are events every few months and people can attend in-person or there is available content on YouTube to view anytime.