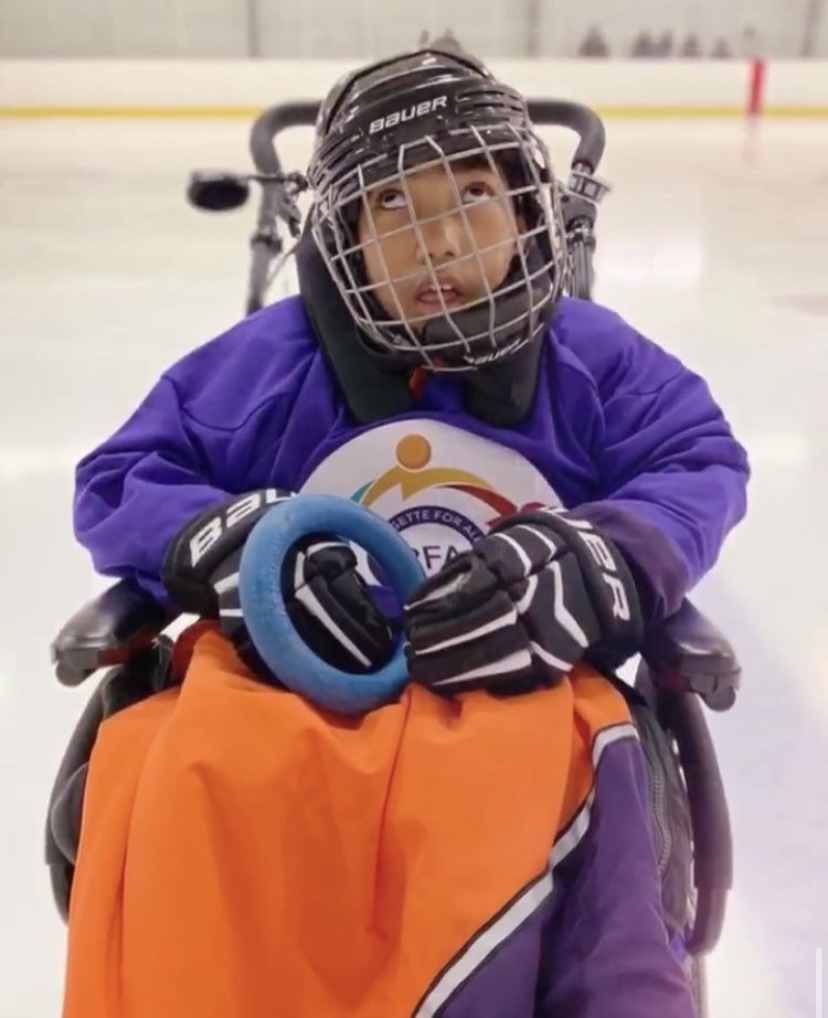 At Ringette For All, children with developmental disabilities get the opportunity to participate in team sports, often for the first time in their lives.

Ringette For All is the first all-ability ringette program in Canada for any player unable to play on another team due to a developmental disability. They are always accepting new players from ages 8 -18 years old. The goal is to provide a safe environment where each player has fun and is challenged to grow and develop.

“You create those bonds, those friendships that last forever. And our goal was to create an environment for the kids to make those friendships and live that team experience, which is really important when you’re growing up,” says Kim Gurtler, creator of Ringette For All.

Kim and her daughter, Alexa Gurtler, set up the program with help from City of Ottawa Ringette Association (C.O.R.A) in November 2018, and were then able to start their first season in January 2019.

Later that year, the program won Myers Auto Group Team of the Week and was welcomed to the CTV news station to have a tour and be on the 6 o’clock local news. “The kids were thrilled, I heard for weeks about all their friends who would come up to them and say that they saw them on TV. That was really special for them,” says Alexa.

During their season, they would play lots of games but help the children individually because they are all at different levels. As an example, they have one child who needs volunteers on both sides of her because she has no balance and no skating ability. They also had a player who did his own thing. It didn’t matter what the rest of the group was doing, he did what he wanted.

According to Kim, Alexa is a bit of a magic worker out there on the ice, getting the kids engaged and excited. Lots of huddles, lots of cheers, lots of high fives.

To make sure the kids feel safe, they also have something called Maddy’s skating machine. The machine came from an all-ability hockey team called The Condors, with whom Alexa and Kim volunteered, to check out how they did things.

“One of the dads on the team is really crafty, and the team built this thing to help one of their players named Maddy,” says Kim. “It looks like one of those metal poles but it’s made out of plastic so when they fall they don’t hurt themselves. Now we have one that can help our new players in our program and it’s great.”

Alexa and Kim have also talked to the Ringette Ontario Board and are hoping to expand their program with more teams to play against from around Ontario. It would allow the kids to experience a real tournament, meet new people and have special moments of experiencing what it feels like to compete at the same level.

The Gurtlers believe that no one should be excluded from sport and that every child should have the chance to experience the incredible benefits of being part of a team.

“It’s 100 percent just about the fun of the program and letting them leave with a smile on their face, and all that good stuff,” says Alexa.