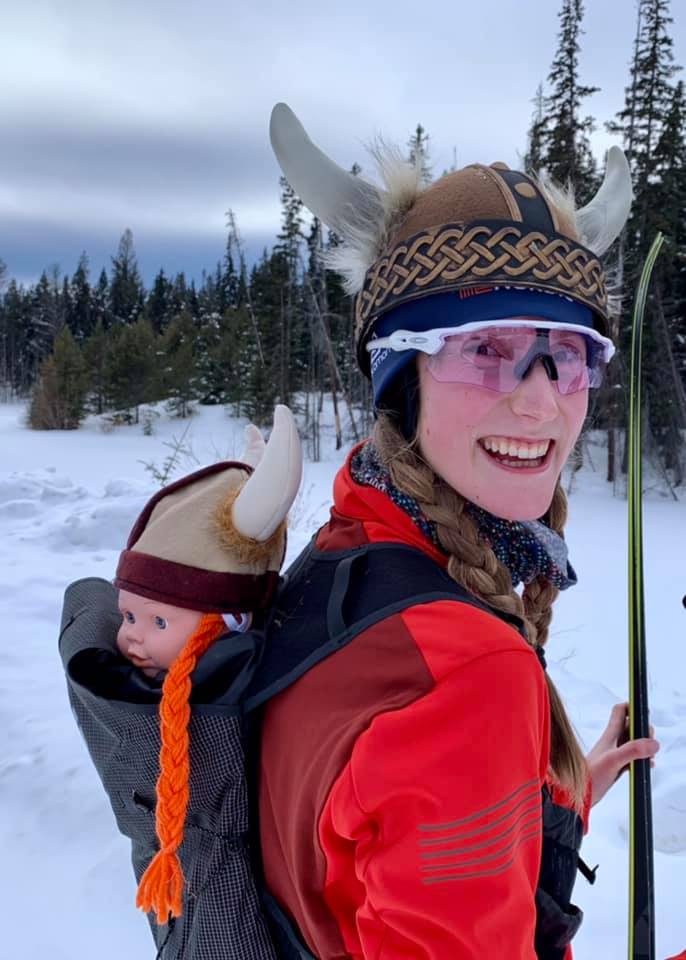 Nothing pushes people to step outside their warm homes and brave the cold Ottawa winter like the lifting of a stay-at-home-order. The pandemic lockdown has gotten many people off their couches and trying new winter sports, as outdoor activities are permitted.

With such beautiful cross-country skiing trails in the Greater Ottawa area, it’s no wonder our friends and neighbours are adding ski racks to their vehicles and heading out.

It is especially exciting for skiers of all skill levels and ages to strap on their skis and hit the trails, since the Canadian Birkie Festival announced it was going virtual.

The 17-day event, from Feb. 12 to Feb. 28, invites people from all over the world to ski, ice skate, snowshoe, run, walk or cycle in a four, eight, 13, 31 or 55-kilometre event. Participants get to join from a favourite trail in their area and upload their time and distance online. 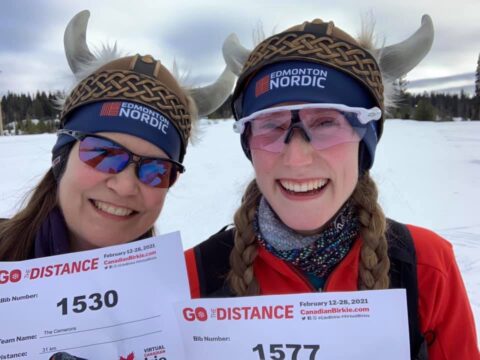 Birkie is short for “birkebeiner”: a term given to the Viking warriors who, legend has it, wrapped birch bark around their lower legs to protect them and keep the snow out.

There are three birkebeiner races in the world: one in Norway, one in Wisconsin in the U.S. and one in Canada. “The first race in Norway started because the legend says that there was a civil war in 1206,” says Delianne Meenhorst, director of marketing for the festival. “During that war, the heir of the throne, Prince Haakonsson, needed to be saved, so the birkebeiners or ‘birchbarkleggers’ rescued the prince and carried him over mountains on their skis for 55 kilometres.”

From that legend birthed a tradition: a 55 kilometre-long birkebeiner cross-country ski race with a weighted backpack. “The backpack is five-and-a-half kilograms because that represents the baby, [the weight of] the prince,” Meenhorst says. 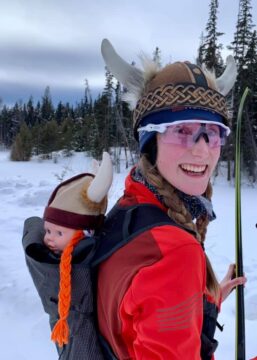 The festival started in Alberta in 1985 and is expanding its borders to the virtual space for the first time, due to the COVID-19 pandemic. This allows people who cannot travel to be a part of this event and people to learn the history of the birkebeiner race, from wherever they are.

Cross-country has been a favourite sport for people around Ottawa with the Greenbelt, the Kanata Nordic Trail and Gatineau Park at their doorstep.

“My favourite thing [about cross-country skiing] is that I get to explore trails, the woods and be in the middle of Gatineau Park,” Allyson Moore says. “Another place I really love too is in Kanata. They have a network of trails there through the horse farm, and being there away from the city is my favourite.” 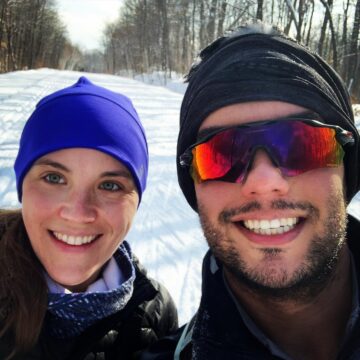 Moore is a physiotherapist at Integrate Healthcare Collective and the Active Health Institute in Ottawa. She picked up cross-country skiing three years ago.

“I wanted to find something to do in the winter because Ottawa winters are long,” Moore says. “I’ve definitely fallen in love with it. It’s such a fun way to exercise during the winter. I usually run during the summer but I don’t like running with all the snow and ice so it’s a nice way to get some cardio.”

Moore’s expertise comes in handy when preparing to hit the trails. She always remembers and reminds others to bring a snack and water if skiing for several hours as it burns a lot of calories and you need to stay hydrated. “Also making sure you have enough layers and once you start to sweat, take those layers off so they don’t start to freeze for when you need them again later.”

Moore explains that she has come across 80-year-olds cross-country skiing and three-year-olds getting their start on trails as well. “The nice thing about it is that everybody can do it and you can go at your own pace,” she says. “It’s also really low-impact so if someone can no longer run for various reasons, cross-country skiing is a great way to get the same amount of cardio without the same amount of impact.” 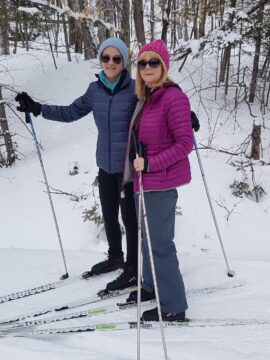 “I picked up cross-country skiing a couple years ago with my dad who introduced me to it,” Tanner Babiuk says. Babiuk joined the Canadian Birkie Festival back in Nov. 2020, and is now the social media content creator for the event.

“I’ve been an athlete my whole life and with the pandemic shutting down all the sports that I could play, I was looking for an alternative to get that fix, get that exercise and competitiveness and I think that’s really what this festival in particular has to offer.”

You don’t need to be an expert on your skis to participate either. “I don’t consider myself the best cross-country skier, [but] I’m really passionate about it,” he says. “I still look like a baby giraffe taking its first steps, but with this event being virtual I don’t have to go out there and embarrass myself in front of the guys who’ve been doing it for 30 or 40 years now.” 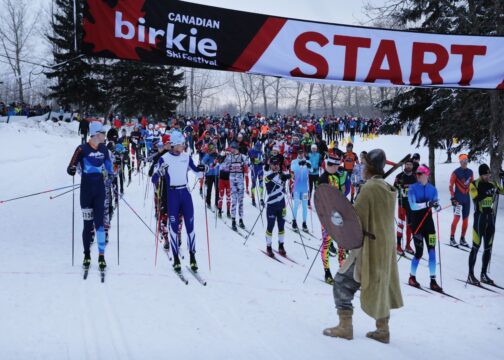 Babiuk is using his graphic design and video creation skills to promote the event on social-media platforms. “I’m really just trying to interact with our community, create engagement and get the story rolling behind the birkie legend and portray that to the community,” he says.

The grand prize for virtual participants is a cross-country ski weekend in the Canadian Rockies, which includes a two-night stay at the Castle Mountain chalets in Banff National Park. There are also $2300 worth of prize packs up for grabs as well.

Find out more about the event on their website.