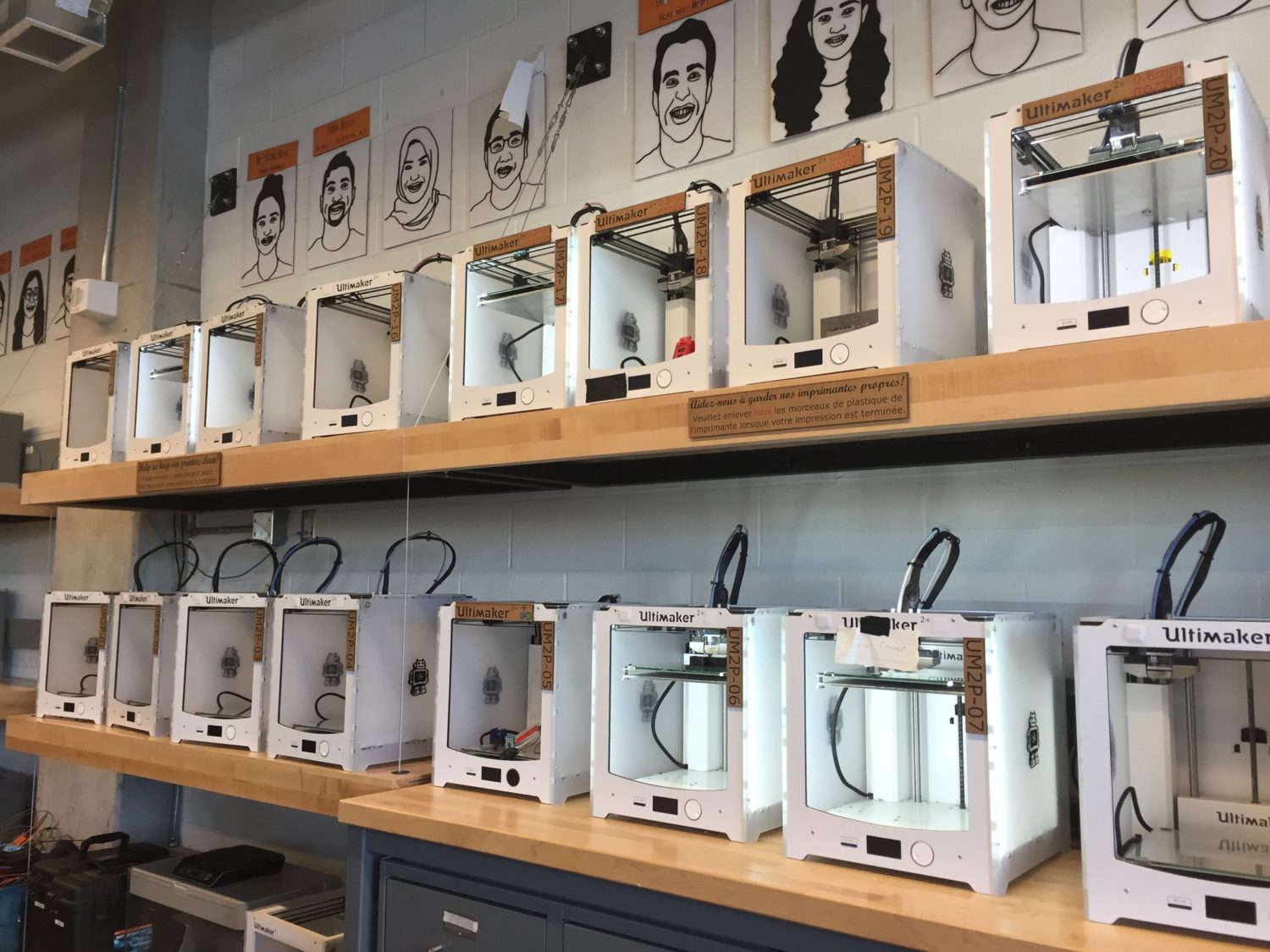 Have you ever had a brilliant idea you wanted to make a reality but could only dream of having the means to do it? Maybe you want to make yourself some customized clothing and start up a business, make your own stickers, or print a replica of a movie prop. If you want to create it, there’s almost certainly a way to do it in a MakerSpace.

A MakerSpace is exactly that: a space for makers to make. Equipped with cutting-edge technology like 3D printers and laser cutters, MakerSpaces are the perfect place to bring all your ideas to life.

“Come with curiosity,” says Matthew Jerabek, manager of the MakerSpace at Algonquin College. “You don’t even need an idea yet, MakerSpace can help you generate those.”

Ottawa has three spaces to harbour such curiosity. They are free to use and all beginner-friendly. Find one close to you and start creating!

Located in the college’s DARE District, Algonquin’s Makerspace has been helping people create for just over a year now. The MakerSpace welcomes anyone and everyone, not just students and staff, and is constantly looking for ways to grow, having just added a laser cutter due to popular demand. 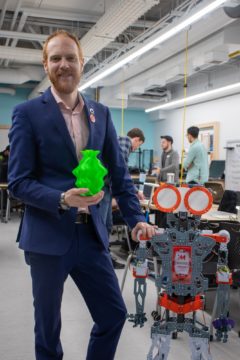 Matthew Jerabek, supervisor at the Algonquin MakerSpace, shows off the ideas that have been brought to like in the DARE District creative hub. Photo credit: Emily Hsueh

“Why it’s open to anyone is because people learning things together, of any age group, shows that anyone can do it,” says space manager Matthew Jerabek.

The space is equipped with:

There are no certifications required for you to use the equipment at this location. The only prerequisite is to sign up for a free membership, which comes with a perk.

“In order to use the equipment, all you have to say is, ‘I want to be a member,’” says Jerabek. “Based on you being a member and signing up, you get one free 3D print of 50 grams or less.” 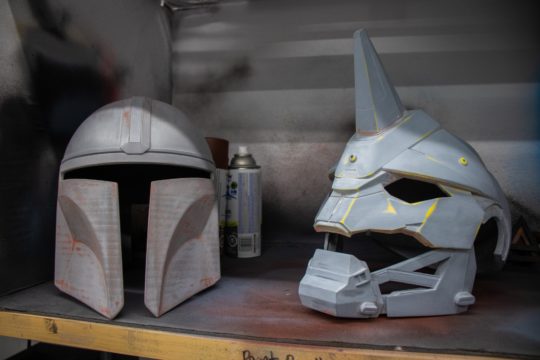 And you don’t have to know anything about 3D printers to use them. The team at the space is trained in using almost all machines and are more than happy to help. There are also free workshops offered every Friday from noon to 1 p.m. More can be found on their website.

Jerabek and the team at the Algonquin MakerSpace emphasize that anyone who has curiosity and inspiration should pay a visit.

“If you are at Algonquin or anywhere near it, or bored at your house on a Friday, get on the bus, show up and say, ‘Hey, I want to learn something.’ Just come to the MakerSpace.” 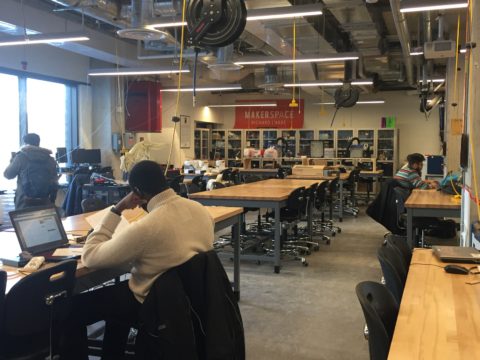 In its spacious room in the renovated STEM building at uOttawa, the Richard L’Abbé MakerSpace is the biggest one in town. It was created by Richard L’Abbé, a uOttawa mechanical engineering graduate of the university, in 2014 and recently made its home in STEM where it tripled in size in 2018.

This MakerSpace is open to the public on Sunday from 11 a.m. – 5 p.m. and only to current uOttawa students and staff the rest of the week. Despite that, Justine Boudreau – MakerSpace manager and uOttawa masters student – encourages everyone to visit.

“We love to have new people in here,” Boudreau says. “We know that engineers know we exist but it’s still a little hard to get the rest of campus to know we exist. So, we’re trying to get all of those people to come out.” 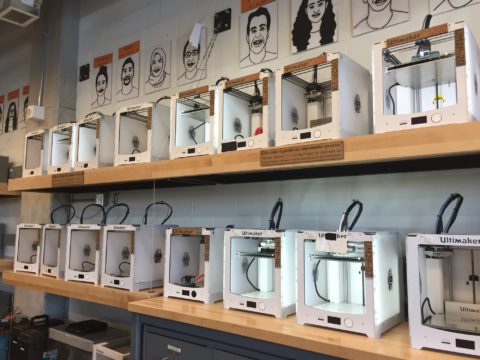 The Richard L’Abbé MakerSpace at the University of Ottawa is home to more than 40 3D printers. The space is the biggest one in Ottawa and the equipment is free for everyone to use on Sundays. Photo credit: Emily Hsueh

There are also volunteer opportunities and workshops for those who want to be more involved. Volunteers can work on a specialty projects or answer questions in the space and help with events.

“There’s nothing that you need to know before coming here,” says Boudreau. “You can just show up and someone can show you.”

Having fun isn’t hard when you’ve got a library card because it grants you full access to the Ottawa Public Library’s Imagine Space! Interestingly, the Imagine Space was created in partnership with the American Embassy. Since its doors opened in 2014, the Imagine Space has been the go-to MakerSpace for makers of all kinds, and sees between 1,200 and 1,600 people visit per month. 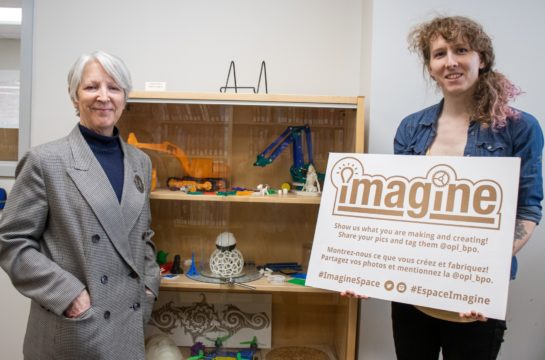 Mary Jane O’Neill and Kat Murray, supervisors at the Ottawa Public Library’s Imagine Space, proudly display the creations that have been made in the MakerSpace.

The Imagine Space has the widest range of equipment: 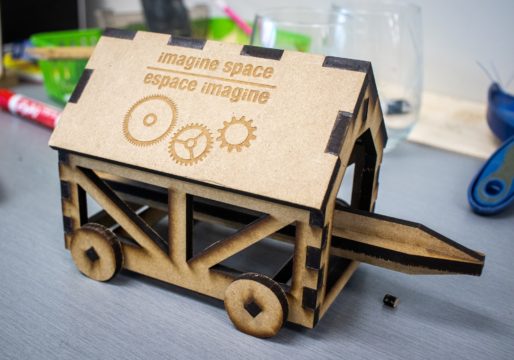 A little wheeled house that was created in the Ottawa Public Library’s Imagine Space. This was created with a combination of laser cutting and engraving, both of which can be done at the space’s laser cutters. Photo credit: Emily Hsueh

“There is also programming to support the equipment,” says Kat Murrie, Imagine Space’s supervising assistant. “It’s not just that the equipment is here, but we also offer programming on how to learn to use both the equipment and the ancillary software.” Workshops are offered four times a month, and the space is host to many other events, such as Hack613 weekly meetups.

“We focus on offering learning opportunities open to everybody. This is an entirely different way of learning and creating that libraries has traditionally done,” says Mary Jane O’Neill, Imagine Space service supervisor. “We are constantly surprised that people don’t know it’s here.”

All three of Ottawa’s MakerSpaces hope to see new faces and look forward to seeing the ideas everyone puts forward.

Jerabek hopes that these creative spaces can give other people what it gave to him: “I hope that it brings enthusiasm, passion and inspiration to everyone that walks through the door, and that they walk out the door maintaining that, and knowing where they can come when they need a refresher.”