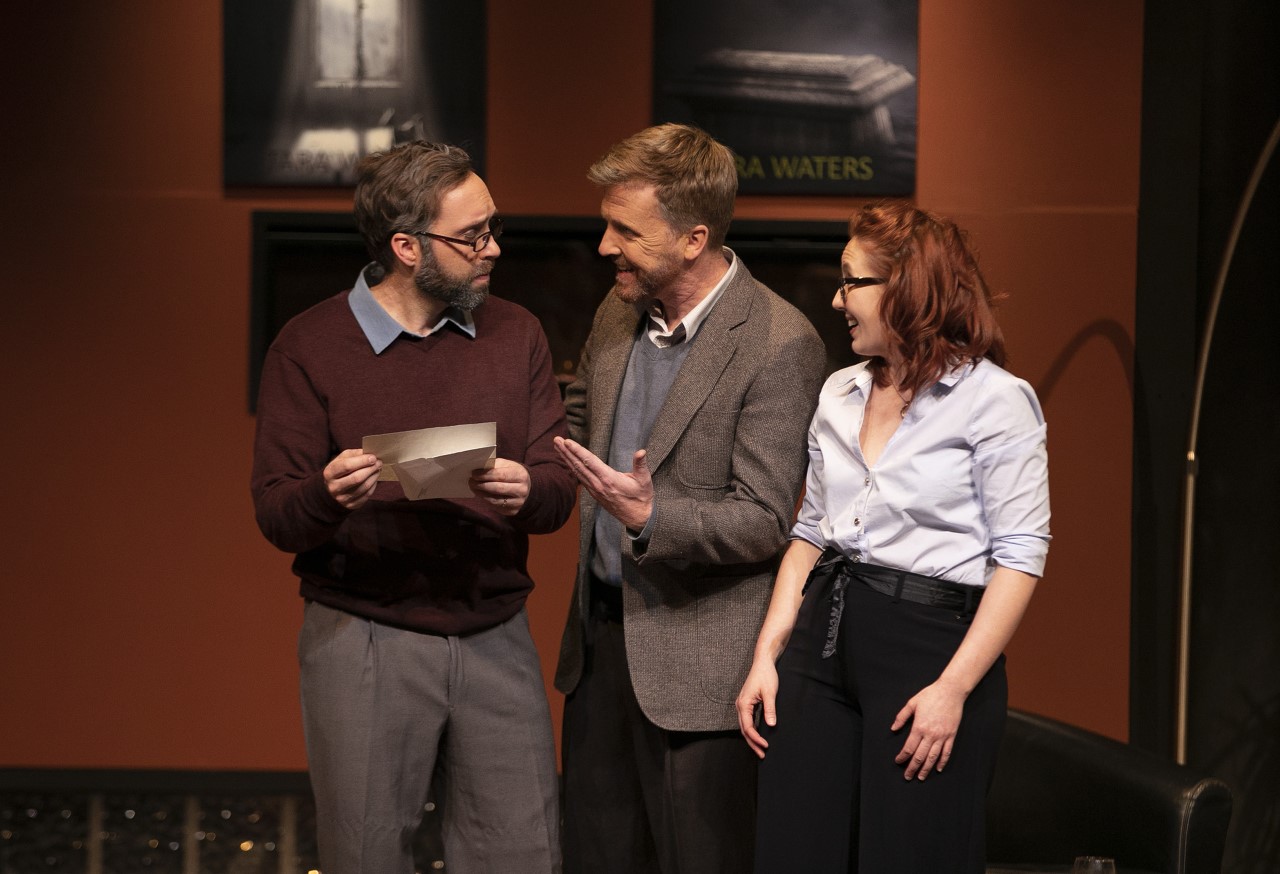 In theatre, a day without a show is a “dark day.”

The Ottawa Little Theatre has had nothing but dark days since Ontario locked down in March because of the COVID-19 pandemic. This should have been an especially bright season for the theatre.

When Ontario shut down, the theatre was producing Burn by local actor and playwright John Muggleton, which is catching fire across Canada, as Muggleton makes a name for himself as a playwright.

He began working on Burn after the birth of his daughter, Janey, now five years old. A stay-at-home dad, he would carve out three or four hours a day to write while his daughter slept.

Burn is a dark psychological thriller about three men who meet the estranged daughter of their recently deceased friend. Muggleton chose this genre for a number of reasons.

“I know what actors like,” he says. “I know what a director likes to direct, and when I was writing it I was very aware of moments I thought the audience was really going to love. It’s got all sorts of twists and turns, but it’s got a bit of a ghost story element to it. I wanted to write something that I like.”

The show has been performed as far away as Vancouver and Nova Scotia, in theatres such as Sawmill Playhouse in Dartmouth. When the lockdown started, he was on his way back from seeing it performed in Toronto.

His second play, An Act of Grace, has been performed at the Gladstone Theatre in Ottawa and was done in Kingston. It has won several awards, including the Eastern Ontario Drama League Festival’s People’s Choice Award in November 2018. Muggleton believes it to be of higher quality than Burn. He is currently working on a third play.

At the Ottawa Little Theatre, Venetia Lawless was directing Burn with big dreams for it.

“It was the Ottawa Little Theatre’s entry into the Eastern Ontario Drama League Festival,” says Lawless. “We were very proud to have the opportunity to showcase it to that theatre community, and even more exciting were our plans to bring the show to the Edinburgh Fringe Festival in Aug. 2020.”

This would have introduced the play – and Muggleton – to an international stage. Naturally, Burn wasn’t able to go to the Edinburgh Fringe Festival, which was cancelled altogether.

Geoff Gruson, the Board Chair of the Ottawa Little Theatre, says that they will likely not reopen the doors to the theatre until everyone has had the COVID-19 vaccine. The theatre caters to a large audience of senior citizens and the shows are popular.

That is including the season-ticket holders. The Ottawa Little Theatre has postponed its shows and will be honouring the season tickets. According to Gruson, less than two per cent of ticket holders have asked for refunds.

Muggleton says he thinks it will be a few years until theatre-goers flock back and are once again comfortable sitting in a dark room with 300 strangers, even after the vaccine rollout.

Theatre lovers in Ottawa interested in seeing Burn can support the play by providing monetary donations to the Ottawa Little Theatre. The donations are all tax-receipted. An e-transfer donation can be made to president@ottawalittletheatre.com.