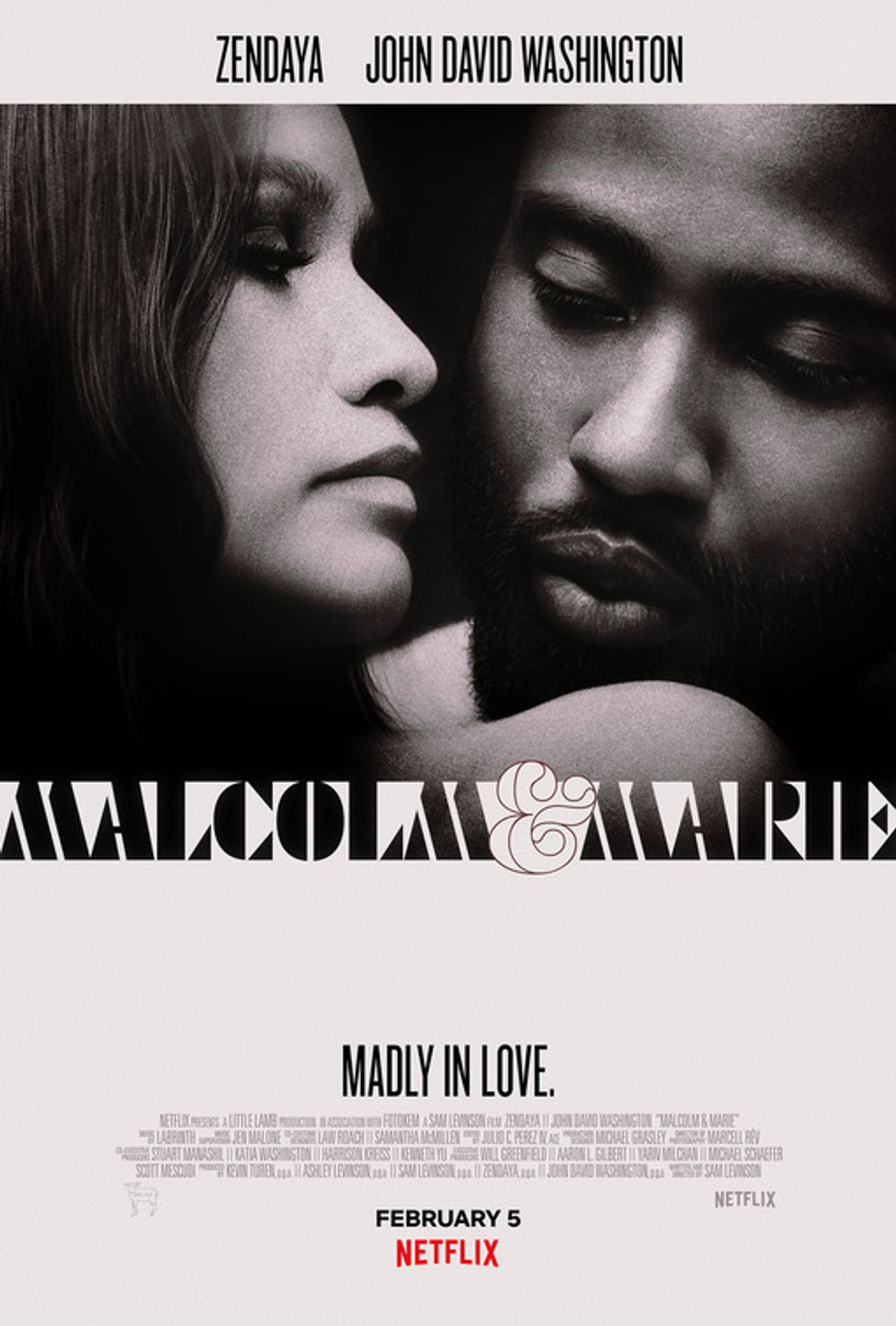 If you hesitated to pick this film for your next movie night, you may not be alone. Its serious undertone could scare away even the most avid movie buff. Here’s why it may be worth your while.

The black-and-white film, Malcolm & Marie, had its Netflix debut on Fri., Feb. 5. Writer and director Sam Levinson’s drama made history by being the first Hollywood feature to be entirely written and produced during the pandemic. The brutally honest love story stars John David Washington and Zendaya as the title characters, and is set in their home.

Washington plays an independent filmmaker riding the high of his film’s debut that night. Zendaya stars as his girlfriend, the muse of his film about a young woman overcoming a drug addiction, whom he forgot to thank at the premiere. Tension grows, leading the pair to confront the codependent dynamic of their relationship in real time. Later, Malcolm reads the LA Times’ critique of his film, and the movie amplifies its underlying rant on the politicization of the film industry. All the while, the couple fuels an increasingly brutal attack on each other.

The film’s idea of reflecting the very raw reality of a couple’s built-up issues stripped of its colour and Hollywood fluff is refreshing, and demonstrates what impact classic cinematic artistry can have. However, while the film is strong in its visuals and all-star acting, it lacks an enticing screenplay. Without Washington and Zendaya, the plot borders on redundant. With no obvious climax, you are left wondering if the film will end with both characters simply tiring out after exhausting every weapon in their arsenal.

What kept me wanting more from these characters were the film’s creative elements that supported the actors. 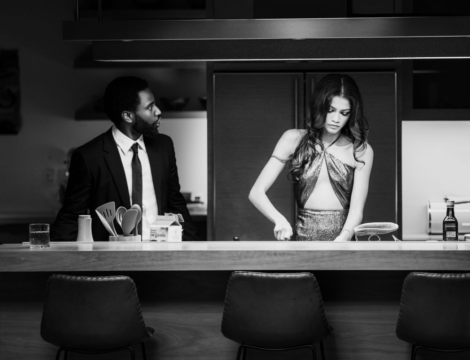 The black and white movie was filmed in a single location during June and July of 2020. Photo credit: moviebuff.com

The film’s camera techniques match its dramatic, intense mood through extreme closeups and slow movements. The nature of the screenplay makes you feel like you are a fly on the wall, but the camera work takes this feeling to a physical level.

In the opening shot, the camera is set outside the couple’s home, looking in through windows. Once Malcolm and Marie are inside, the camera does not enter the home until almost 10 minutes in. Combined with the growing tension on Marie’s face and Malcolm’s unawareness of his partner’s mood, the shot makes us feel like we are still seeing the façade that the pair is portraying. We are standing outside of the house and outside of Marie’s true feelings.

It is not until Malcolm makes a comment belittling Marie that you anticipate her boiling point. Once the masks are down and the swords are drawn, the cameras finally enter the house – and the couple’s true private life.

The props used in this film are no coincidence. While on their surface they add normalcy, they send a subtle message. One of the more obvious uses of this is in the very beginning. As Malcolm dances across the home, Marie makes mac and cheese. The water begins to simmer as the conversation scratches the civil surface. When Marie loses her cool, the water bursts into a boil and the music cuts. It’s the first of many reflections of the film’s focus: an everyday occurrence turned brutal. Bath water, a knife and other symbols used throughout are the details that make the most emotionally demanding scenes even more painful to watch.

What could have been a drawn-out rant lost in its own praise, was saved by nearly perfect execution. It opens you to anger and hatred, leads you through betrayal and shock, and leaves you exhausted and reflective. If you are looking for effortless entertainment, this may not be the film for you. But for a dose of beautiful and painful reality, Malcolm & Marie should be at the top of your list.