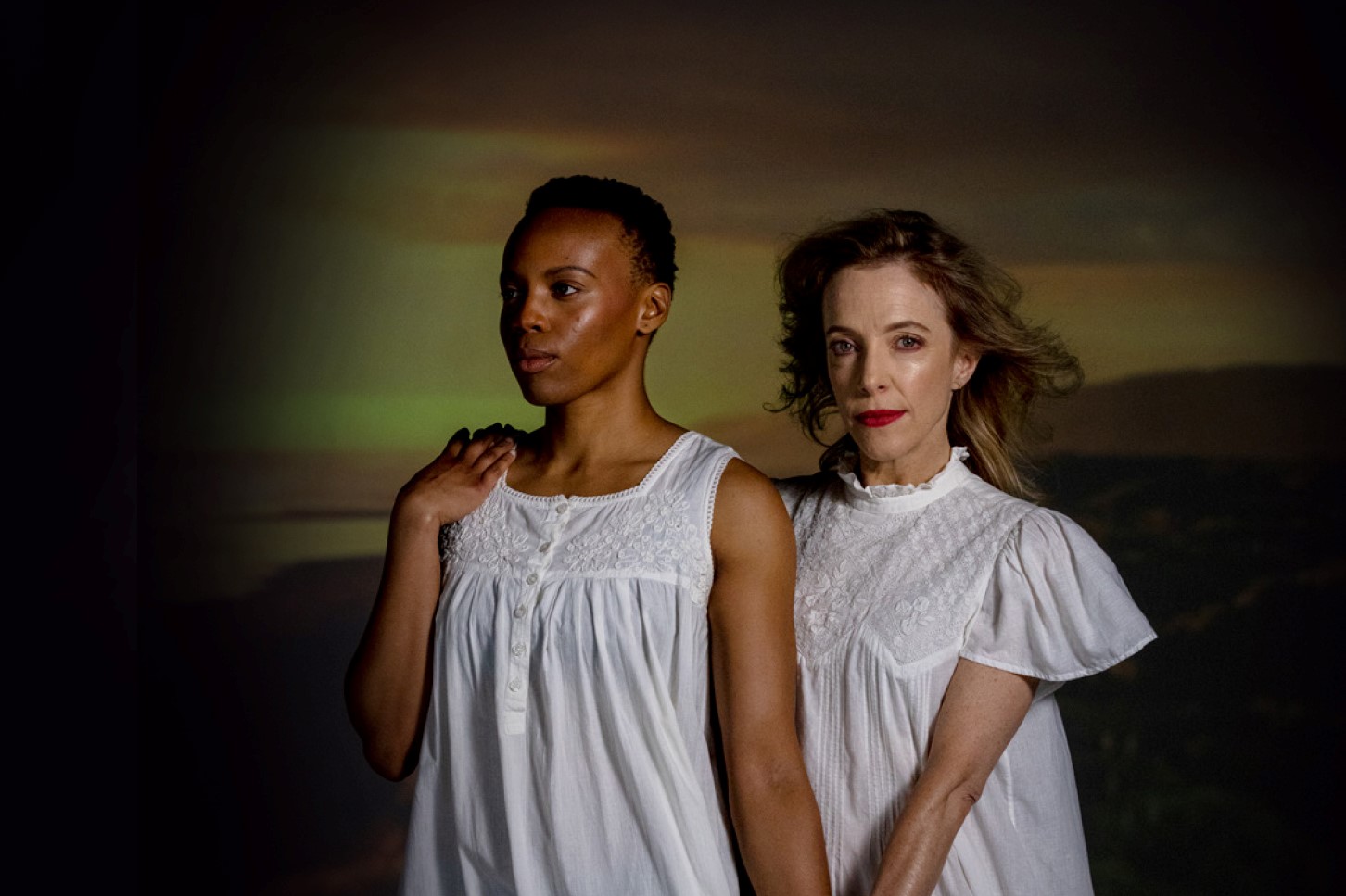 A promotional image for the theatrical premiere of Fall on Your Knees. Five Canadian theatre companies are teaming up to tell the internationally acclaimed story onstage.
Photo by: Canadian Stage

I first read Fall on Your Knees the summer of my eighteenth birthday on the dock at my family cottage. It swallowed me up whole from the first page. Ann-Marie MacDonald’s piercingly magnetic novel moved me in ways I’d never felt before as I uncovered layer upon layer of buried family secrets. The story was so intimate it felt as though the author was telling it expressly to me. I saw pieces of myself everywhere, scattered throughout the complex collage of characters and perspectives.

I never forgot about the Piper family: Materia, James, Kathleen, Mercedes, Frances, Ambrose and Lily. Kathleen stuck with me the strongest. I had never encountered such a beautiful love story with such a painful ending. Tucked quietly between part seven and part nine of the 566-page book, Kathleen’s diary showed me the kind of love I wanted but didn’t know was possible.

First published in 1996, MacDonald’s stunning debut novel explores shame, the burden of expectations and how far we will go to hide the truth. The Piper family rewrites their reality in order to survive. “And as the years go by the facts get eroded and scattered by time, until there are more people who don’t know than people who do.”

Throughout my twenties, I’ve searched for stories that would open my mind and alter my trajectory as much as Fall on Your Knees with no success. I am now 30, the same age MacDonald was when she started writing this beautiful story, and seeing posters for its theatrical premiere plastered outside Toronto’s Canadian Stage and Ottawa’s National Arts Centre (NAC) inspired me to enter the world of the Piper sisters once again.

The only thing better than reading this book the first time was reading it again. Through a 2023 lens, with 2SLGBTQIA+ rights, sexual assault and unreliable narratives at the forefront of discussion, this novel is timelier than ever. It’s masterfully crafted, with breadcrumbs alluding to what’s coming carefully placed in every chapter. Like the best movies, you get more out of it the second time. Little secrets and clues live in the details, which come out in spurts as the author shifts the story backward and forward in time.

The 2022 edition of Fall on Your Knees features a new introduction by MacDonald, now 63, who talks about reading and writing as a way to make sense of the “real world” by means of the imagined one. She conjured up the stories of the Piper sisters when her Catholic parents rejected her for the sin of being a lesbian. As a reader, I can feel MacDonald healing as she wrote this – learning to accept who she was no matter how disappointed it made her family.

“Stories save our lives,” says MacDonald in her heartfelt introduction.

Reading Fall on Your Knees saved my life in more ways than one, so I can only imagine how much writing it saved hers.

MacDonald said she was surprised to see the story come out as fiction since she intended it to be a play when she first started writing. Now, 30 years later, everything has come full circle with the piece’s theatrical premiere touring four Canadian cities.

The two-part theatrical production of Fall on Your Knees features a performance ensemble of 16 actors, four musicians and is directed by none other than MacDonald’s wife, Alisa Palmer. It is playing at the NAC in Ottawa from March 8 to 25, and if it leaves half the impression onstage as it does on paper, the audience will be moved to pieces.