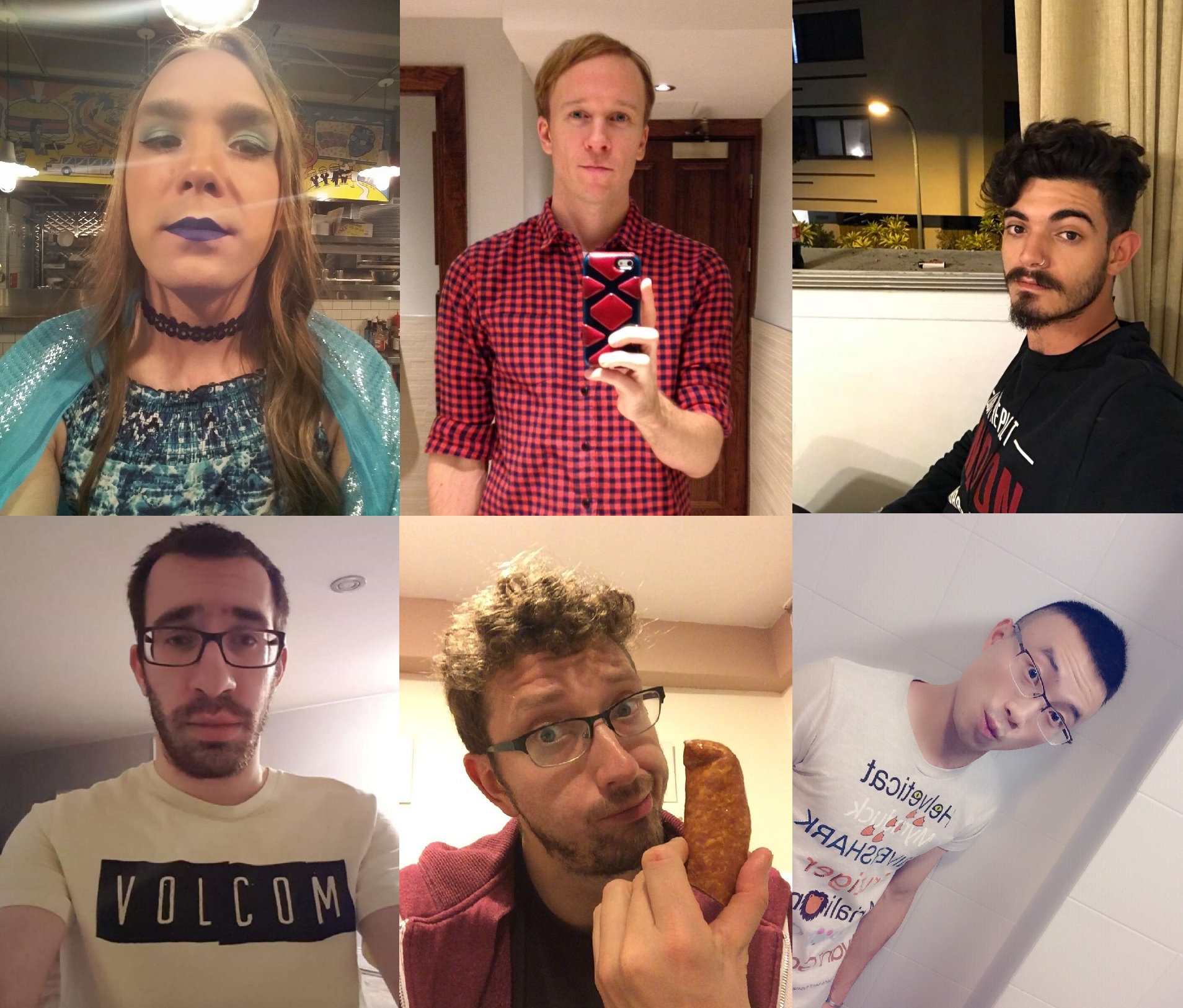 A series of LGBTQ+ coming out stories told by students in Ottawa.
Photo by: Alvin Tsang

Why do LGBTQ+ people come out?

Coming out is simply the act of disclosing one’s sexuality or gender identity to another person.

It’s about being honest to themselves and others. It’s mentally draining to hide a same-sex partner from family and friends and coming out can feel like a weight off their shoulders.

Jade Byard Peek, director of advocacy & community care at Kind Space, an LGBTQ+ community space and care program, helps others to come out in a safe way.

“The level of safety in coming out honestly depends on your age, expectations and how much you’re able to endure, because that would change the advice,” Peek says.

What Peek believes to be most important is “having a group of peers that may be able to share their experiences and support.”

Below are a collection of coming out stories from LGBTQ+ college and university students in Ottawa. Some of their stories are uplifting, others are infuriating, but they know who they are, and that’s what counts.

Glue has given aliases (last names) to some of the guys below who are taking steps forward to being brave, but aren’t necessarily out to everyone in their lives. The aliases are to protect them and the story will indicate clearly when an alias is used. 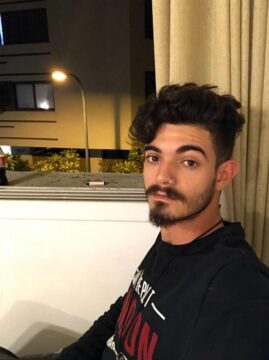 “It gets easier every time you tell someone you’re bi and it’s so true,” says Luis Rodriguez, 21, a student in information systems at McGill University. Rodriguez is an alias given to him by Glue.

“I don’t remember my first time telling someone. There have been so many times.”

Rodriguez doesn’t stay boxed into the narrative that coming out is a big occurrence. He has to dig deep to remember a good one.

“The best time was when I told my cousin. I was maybe 16, and he was like 17,” Rodriguez says. “He just sat there wrestling with the idea, and I had to fake cry in front of him to make him say something back, which was plain hilarious.”

“The best part about coming out is the merge between regular me and bi me. Now it’s just pure me, and that’s awesome. That’s the best me.” 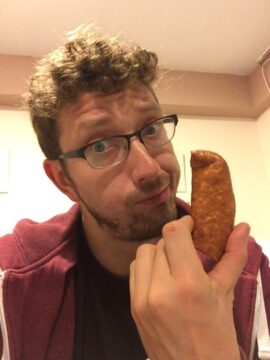 “I was approaching 25 fast, and you know how the whispers begin when you’re 25, unmarried, not dating, and people don’t know how to mind their own fucking business,” says James Anderson, 32, graduate of network technology at Carleton University.

“I was going to have to come out to find a socially suitable partner, but it was the pressure of age that made me finally do it. I hadn’t had any recent histories with any particular lady, and I felt like in my family’s eyes there was something wrong with me.”

Anderson’s first coming out was driven by societal pressure.

“I first told my dad and brother over a home-cooked dinner. It was well into the dinner too. I used up all of our ‘comfortable conversation’ and then when things got nice and awkward, I told them.” 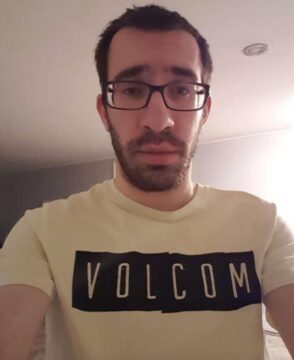 “I’m not very brave. I haven’t told my dad and I live with him,” says Max Portales, 29, student in science in nursing at the University of Ottawa. Portales is an alias given to him by Glue.

“I told one friend so far. It happened in high school. Her name is Linda. It was a big deal for me.”

“I told her at school,” Portales says. “She said that she already suspected. We hugged. Everything was fine. We’re still friends to this day.”

“I knew Linda’s boyfriend was gay from the first time I laid eyes on him,” Portales says. “I helped her sort that mess out.” 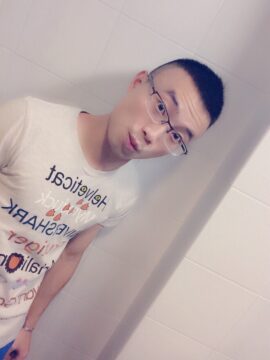 Brian Chen Lu, 20, an international student in health sciences at the University of Ottawa, didn’t risk coming out until he arrived in Canada.

“I’m an international student. Who knows I’m gay depends on geography. I didn’t tell a single soul back home in Shanghai. Here in Ottawa? I tell everyone who will listen,” he says.

“When I make a new friend, I tell them. When a teacher tells me to introduce myself on the first day of class, I tell them. I can do that here.”

Lu refuses to limit himself while he’s here studying in Ottawa.

“The first time I came out was to my dorm neighbour, Eli,” Lu says. “He was kind about the whole thing. He backed up a bit because I was standing close, but he was still smiling. He chatted with me about it, about school and other things, and by the end, he said, ‘Later man, let’s hangout again.'” 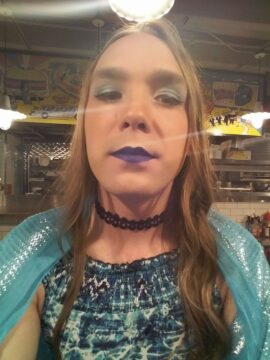 “My coming out story is one that takes place in three parts,” says Aaron Brinskelle, 26, graduate in history at Algoma University.

“First I came out to myself, originally as bisexual. I figured I would only come out if I was dating a man. Why go through the trouble if I just ended up with a woman anyway?”

Brinskelle admits that the road to self-discovery was a long one for him.

“Second I came out to my mother and sister. I told them offhand that I was also interested in men as well as women. Neither of them were particularly surprised and made me feel normal and welcome.”

“Third I came out to my conservative family members, my father and grandmother,” Brinskelle says. “This took place after a recent breakup with a long-term girlfriend as I came to realize, painfully, I was gay.”

Brinskelle believes his breakup was a defining moment for him.

“Neither my father and grandmother knew how to respond, I could tell but both told me they loved me, and for me that was enough.” 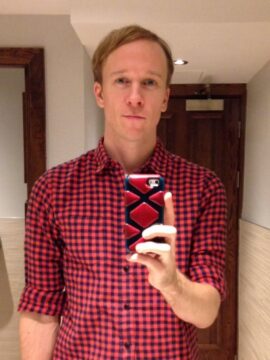 Hank Redisi, 31, graduate in leadership and management at the University of Ottawa, was inspired by Nine Inch Nails when he first came out to his family.

“Trent Reznor’s lyrics inspired me. I listened to his songs right before I told my family. I had to have been 15.”

“It was a bad time leading up to it,” Redisi says. “I sank low. My spirits were crushed. I was convinced my family would hate me. I felt like I stuck out. I was the little imperfection that ruined the balance of harmony or whatever. Thoughts of a 15 year old. I realized years after what an asshole I was.”

Redisi doesn’t remember how the conversation went exactly, but he remembers his family spending it convincing him that they didn’t hate him.