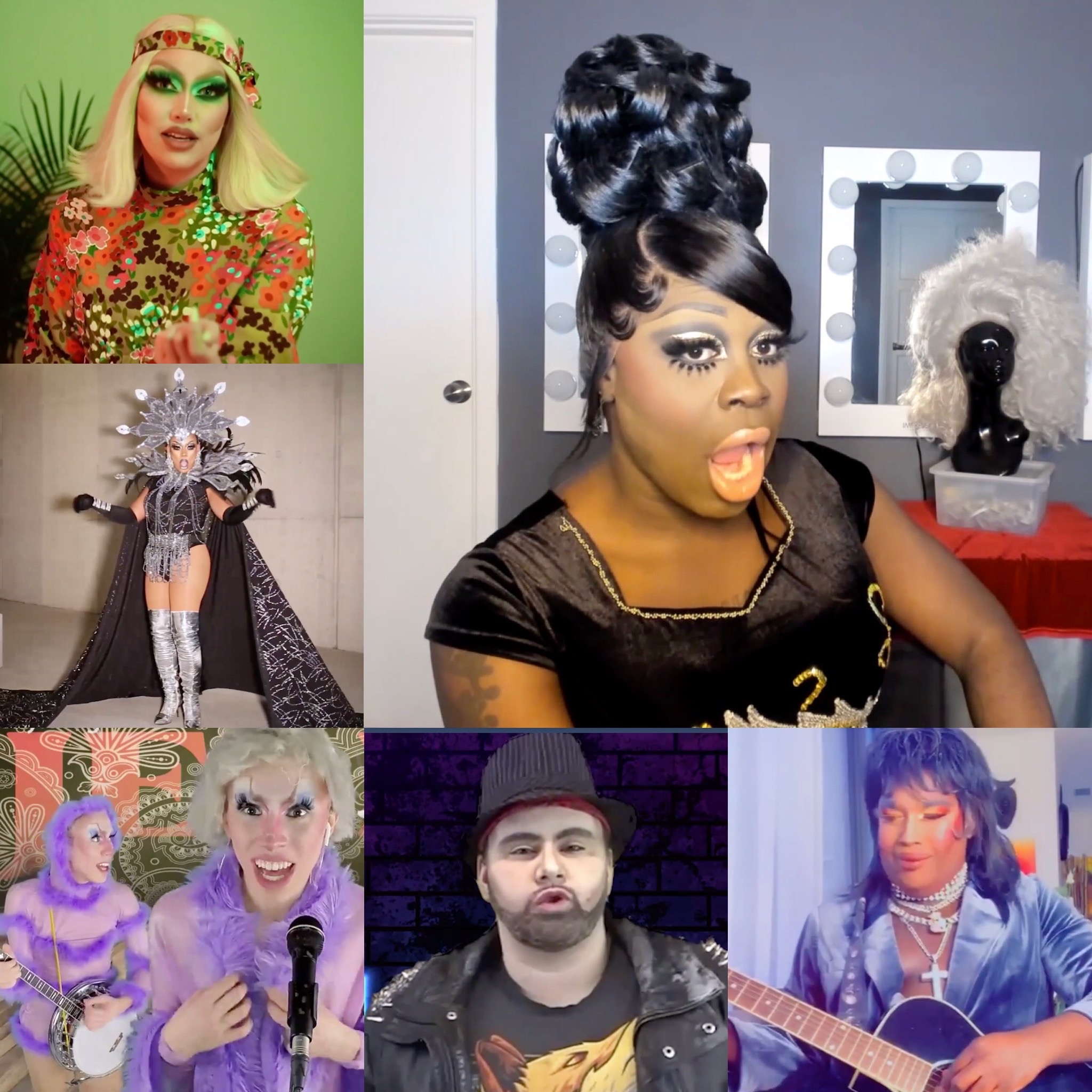 Winter in Ottawa is a slog even in the best years, but lockdown restrictions on top of cold and dark days have made this season an especially isolating time for many.

Ottawa’s second annual Capital Winter Pride festival, however, added a dash of celebratory colour and creativity to the season with “It’s Drag Henny!”, a virtual drag showcase starring some of Ottawa’s most popular drag queens and kings.

The virtual nature of the show allowed the drag stars to flex their artistry and create eye-catching performances. While some queens lip-synced and danced to songs on stage, albeit without a live audience, different camera angles and quick edits added a dynamic edge to the routines. Other acts like Toronto’s Tash Riot shone in stylish music videos, while Jada Hudson sang live and played piano.

One queen in particular made the most of the virtual platform (and Ottawa’s notoriously chilly weather). Eve Anne Jellicle is a local drag queen and the reigning Mx. Capital Pride 2020. For her first set, she performed a Tonya Harding-inspired drag figure-skating routine when the temperature outside was -24 C.

“I’ve never been as cold as I was in that figure-skating performance,” she says. “I could barely lip-sync, my face was so cold.” 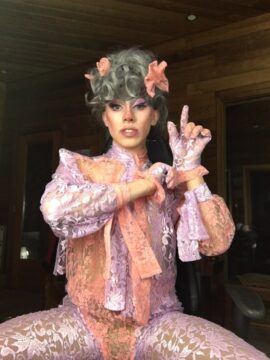 When she’s not ice-skating in drag to Carrie Underwood and Elton John songs, Jellicle studies media production at Ryerson University. She explains that her editing skills allow her to approach virtual drag shows differently.

“For a live show, I just put my costumes in a suitcase, beat my mug and pray I won’t be too late,” she says. “For virtual performances, I start a few days in advance by creating a shot list. Then, if I have time, I prepare my Premiere Pro editing file by creating all my virtual sets [and] knock off the shots like a checklist.”

Jellicle says the switch to virtual performances during the pandemic has been a great opportunity to make her drag stand out from the crowd.

“While I miss live shows, I love the fact that now I can do more conceptual or strange numbers that I couldn’t really pull off in a drag bar,” she says. One of those imaginative numbers in the show included a re-arranged version of Stop by The Spice Girls, sung by five different Jellicles in front of a green-screened backdrop. 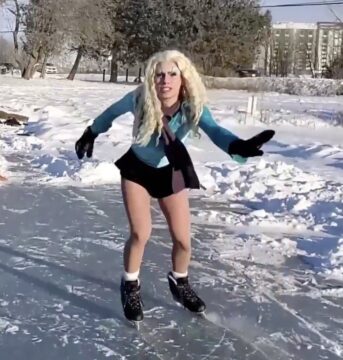 “My favourite part of doing drag is the lack of creative boundaries,” says Jellicle. “In any other field, you have to pick one lane and stick to it, but in drag I am able to experiment with everything from music to costume making to projection design. Performing virtually has [given] me the platform to create whatever I want.”

The pandemic has hit the performing industry hard, yet it has allowed creatives like Jellicle to not only share their drag with new audiences online, but also with their peers.

“Having this platform has helped me connect with drag performers who really excite me and people who are interested in my specific style,” she says.

“I would have never made these connections outside of virtual drag.”