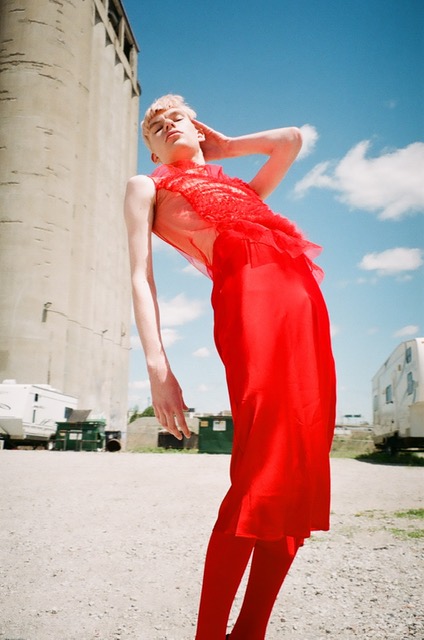 With her golden hair pulled back in a bun draping over her hoop earnings, Barbie debuted on March 9, 1959, in a black and white striped one-piece bathing suit and black open toe stilettos.

Over the years, Barbie’s style and body shape have always remained uber feminine and completely flawless.

In September 2019, however, Mattel introduced gender-neutral Barbie dolls equipped with alternative clothing and hair styles. These dolls don’t resemble the same shape or look that Barbie portrayed 60 years ago.

With style icons like Marlene Deityich in a full tuxedo, or Prince and Bowie in makeup and glitter, the idea of pushing boundaries and style norms is not a new concept.

Androgyny is defined as, “the state or quality of being neither specifically feminine or masculine: the combination of feminine and masculine characteristics.”

Attending Catholic school for most of his life, Andy Alburger, a fashion management student from George Brown, recalls feeling liberated when he finally embraced his campy, quirky style. 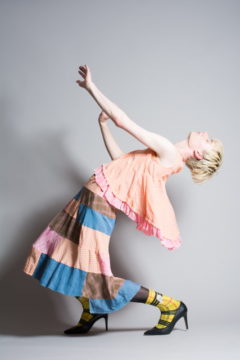 After moving to a more alternative co-ed high school, Alburger was 16 years old when he wore his first dress to class.

Alburger remembers feeling more himself than ever before in a red sheer nightie with a black body suit underneath. His passion for feminine style quickly grew from there and his care for others’ expectations began to diminish.

“It wasn’t the attention I was after, It was simply appearing as the version of myself I had always wanted to be, and finally feeling comfortable doing it,” he said. 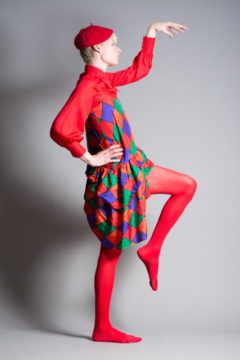 “I’ve been harassed so many times, at this point that I really don’t care what others think about my style.”

Alburger said ignorance plays a significant part in people’s judgments and thinks with more awareness and education that media and mass-market retail can start to break down barriers that they’ve built up for so long.

Society’s views on what women should wear is precisely what kept University of Ottawa visual arts student Coco Yang away from set style norms.

“I’d hear everybody saying that a girl should wear dresses and all that,” said Yang. “So, as a result, I absolutely refused to wear dresses for about five years.”

Embracing her own sense of style and creativity is what lead her to find her love for all things capes and crowns. In Grade 11, Yang developed a fascination for capes and began creating them from scratch.

“The first cape I bought was when I was in Grade 9, I wore that around school for about a year,” she said. “My second cape I actually made for my university applications, it was part of my portfolio, it was four layers and completely hand sewn.”

From handmade capes to handmade flower and sea shell crowns, it’s not about creating for others’ enjoyment but creating her own sense of comfort and style.

“Most of my clothing is comfortable clothing,” said Yang. “I wear comfortable and movable, breathable clothing in case I have to get into a fight to be honest. I grew up reading fantasy novels everyone’s always getting into fights.”

She says the people who don’t tend to understand her style are more often than not too intimidated to ask her about it.

In University of Ottawa student Jayme Lin Azerki’s eyes, gender shouldn’t be defined by the types of clothing you wear.

“I think it’s ridiculous because it’s literally pieces of clothing that you cover yourself with,” said Azerki. “It’s like presenting yourself to the world and as an art sort of. You should be able to use whatever you want to express yourself.” 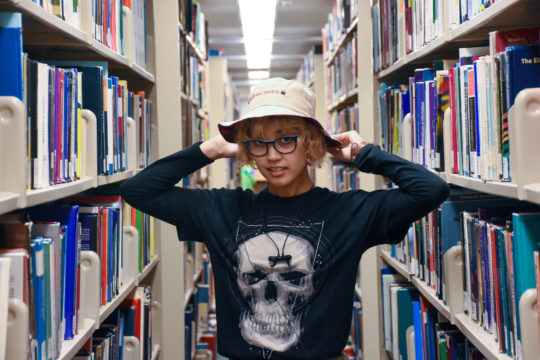 Barbie circa 1959 set the tone in reinforcing gender norms over the years. As her style remained consistent with a tight hour glass figure and ultra femme looks. Much like gender reveal parties perpetuate colours linked to gender, blue for boys and pink for girls.

Recent cultural shifts around gender recognition have allowed people who identify as androgynous more acceptance and support. But more support and inclusion is needed according to Alburger.

“I want people to understand living as an androgynous person is not an easy or normal life path, and it can be really difficult at times to break the normal traditions of how one should look,” said Alburger. 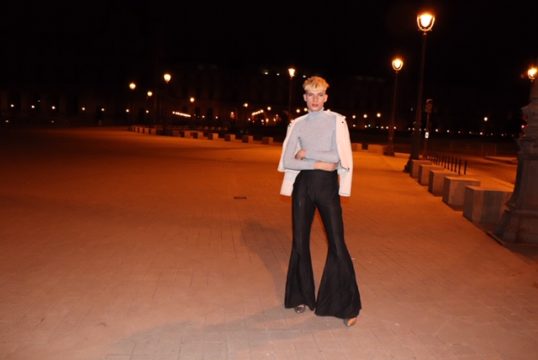 “Being aware that having an androgynous style is more than just a fashion statement, but a lifestyle that’s essential to them, and in knowing that, it’s great to show support over hate.”