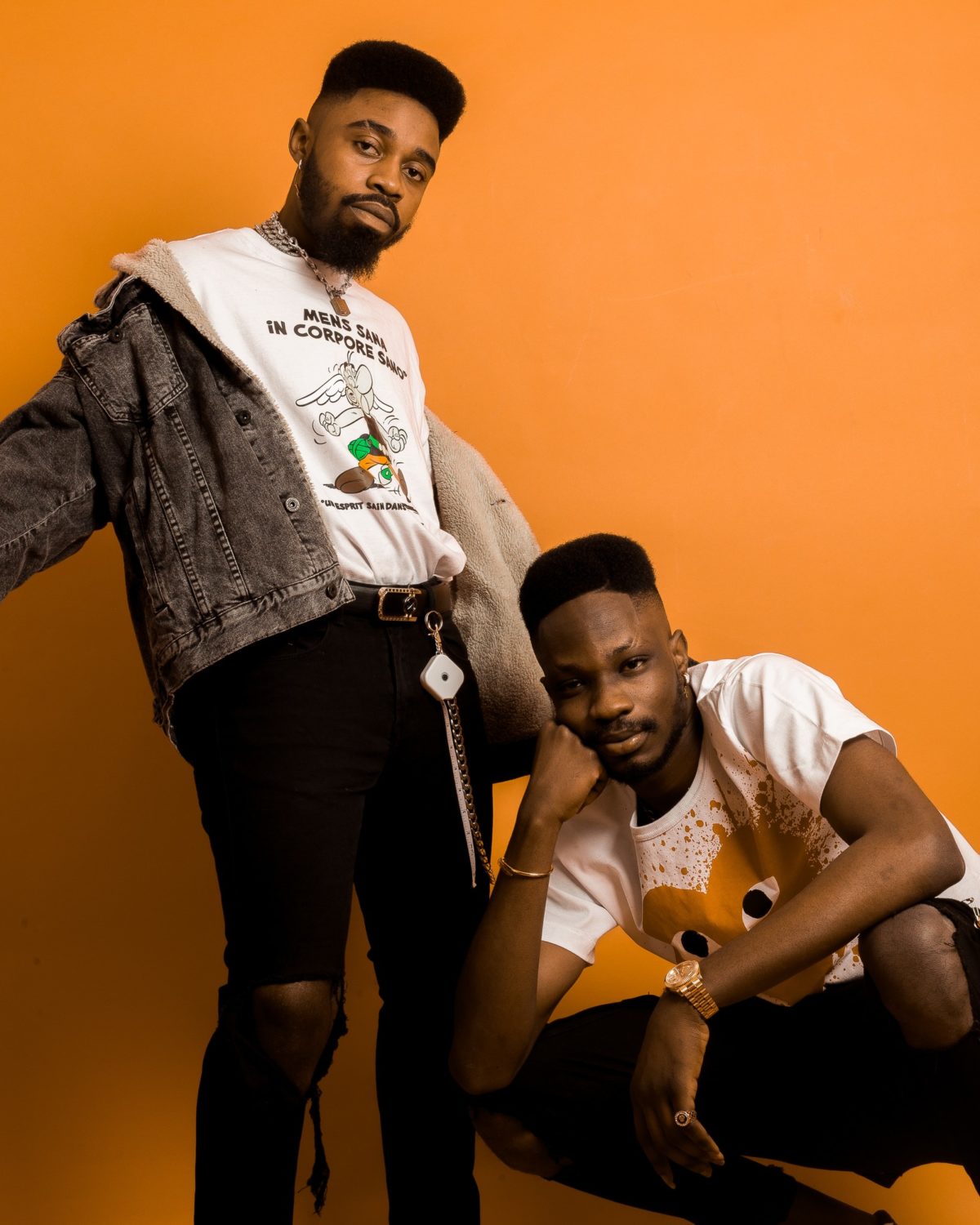 Stanley Mossrich (left) and Frank Davies (right) are the creators behind Pathe Ravon. Their brand is designed to connect with all types of consumers.
Photo by: courtesy of Pathe Ravon

The jeans are splashed with gold sparkles while other pairs have badges sewn to each pant leg that scream personality. The shirts are laced with straps and the jackets are painted with ravens. The clothes have a hippie street wear style that focuses more on age groups from 16 to early 30s. This is Pathe Ravon.

The fashion industry has been growing in popularity with the rise of social media marketing and clothing styles becoming more diverse within the post-secondary age group.

Stanley Mossrich, fourth year corporate law student at Carleton University, believes that the fashion industry is making lots of “noise.” He states that the world is connected to fashion more than ever before.

“If you think about fashion, it isn’t what it used to be until today; the world as I see right now revolves around fashion,” said Mossrich.

Mossrich and his partner Frank Davies, third-year political science student at Carleton University, came to Ottawa in 2017 from Ghana. They have been involved with clothing for as long as they can remember. They officially launched their brand in November 2019.

In 2017, the 21-year-olds started to rip jeans for friends as a way into fashion, making quite a bit of money from the small gigs.

“That’s when we started touching base with the talent,” said Davies.

Mossrich explained that he always wanted to do law, but fashion has always been there. He never really focused on it because it wasn’t as popular as it is today.

The duo began discussing a brand after their numerous work orders and wanted to create a clothing line for everyone. Their brand name just came about by conjoining words until they got something creative and classy. As for the logo, a raven appealed to the both of them and fit the identity of the product in a way that made sense.

The products are made to appeal to every aspect of the market. They described it to be a high-end clothing line that caters to every type of person.

They draw out the clothes and send the designs over to China where producers and manufactures create their project in bulk.

The creators hope that Pathe Ravon can be developed as a global brand, competing with the like of other high-end companies. They want to increase its accessibility across the globe, both online and with physical stores in order to suit and reach the needs of all their customers.

“Personally, I feel like giving ourselves a time is only a facade…the real time frame is how hard we work now to achieve this ultimate goal,” said Mossrich.

To promote their business, Pathe Ravon has had two fashion shows to showcase their work at Envie Student and La Nouvelle Scène Gilles Desjardins during the month they launched. Pop-up shops, social media and their website are used to reach the public

They also had the chance to work with many stars from their home country that has contributed to the promotion and advertisement of the brand.

Mossrich says that a lot of money, which they get from revenue and investors, goes into promotion and that they cannot rely solely on social media to grow the brand.

A fair amount of revenue has come in since their November launch. The estimated revenue is around $8,000 since their launch at the end of November.

“Our brand identity is unique,” said Davies. “Our name too, it has that rich sense.”