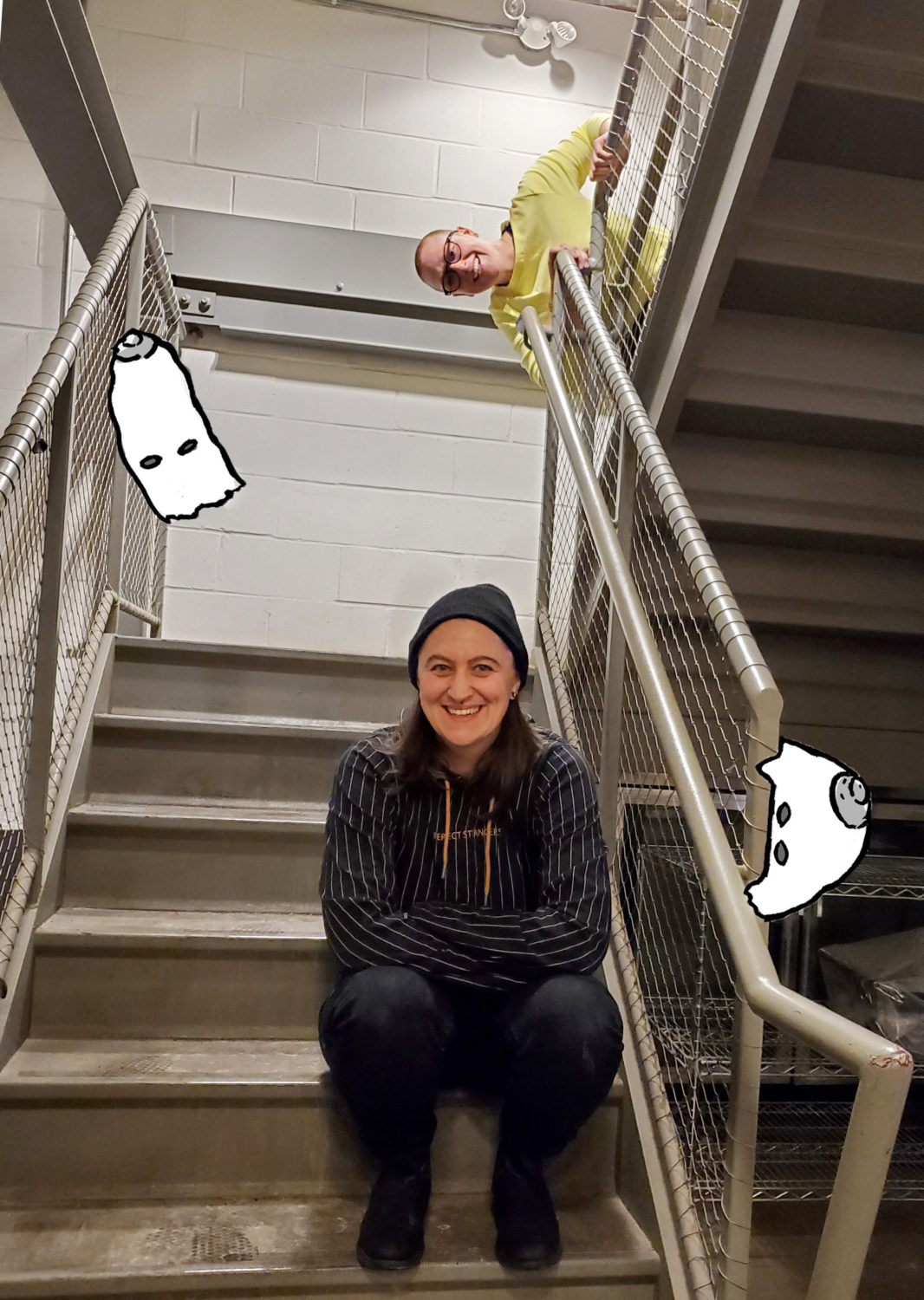 Cara Tierney and Pascale Arpin are the creators behind Phantomtits. This graphic novel will be three issues long with each issue being 24-pages long.
Photo by: Courtesy of Cara Tierney

In 2013, Cara Tierney made the decision to have a double mastectomy. The medical procedure and consequent cremation of their breast matter led Tierney to create Phantomtits.

As a trans person with cancer genes whose experience with the medical industry has been inadequate and inconsistent, Tierney believes the medical field is structured to uphold double standards that favour people who identify with the gender they were assigned at birthday, or cisgender people.

By way of their graphic novel, Tierney has turned their life story into a fantastical tale with a superhero twist using a medium of choice among young readers.

Phantomtits will be a three-issue graphic novel following their journey.

Back in 2010, Tierney attended the University of Ottawa to get their masters of fine arts.

The two have known each other for several years and met while working in the education department of the National Gallery of Canada.

In 2016, the two had a reunion at Tierney’s curatorial talk at the Carleton University Art Gallery, at which point Tierney came out as queer, changed their pronoun and underwent several surgeries.

Arpin had lived in Nunavut since the age of 21, developed a strong painting practice, and crossed the continent to learn traditional sign painting techniques.

“I had outlined a basic framework for the Phantomtits concept and was looking for an illustrator when Pascale walked back into my life,” said Tierney. “Without hesitation, and knowing the full well Pascale’s rare talent for illustration and visual conception, I pounced!”

The inspiration for Phantomtits came from Tierney’s isolation when coming to the realization of their trans identity. They didn’t have the language or concepts that allowed themselves to understand their gender identity.

“Once I started asking questions of myself and looking into trans health services, I quickly realized that the mainstream narrative about ‘transness’ was highly pathologized and anchored in a binary gender system,” said Tierney.

It was the works of Kate Bornstein and Sandy Stone that gave Tierney the permission to be their self.

“In a way, all of my work tries to replicate that experience and create those openings for others,” said Tierney.

Arpin explains that Phantomtits has grown from “a comic book I was illustrating for Cara” into a true collaborative storytelling exercise.

Within the first volume the story goes from biographical to fantastical, creating a visual representation of some of Cara’s real-life events that take a turn to the magical side.

The first volume will lay the groundwork for a conversation about gender identity that will continue through volumes two and three.

Phantomtits will act as a reference point for those who may not be altogether familiar with certain aspects, words and concepts of trans experience.

“With a story that is rooted in reality, we have set out to create a premise that will allow us to mix Cara’s real, lived experiences with a fantastical imagined reality,” said Arpin.

Tierney states that society has the ability to converse about gender identity, but people from the LGBTTQ+ community are still having a hard time finding themselves with the right language and context that will provide them solace.

Phantomtits is described as entertaining and funny, offering an interesting storyline and introducing words and concepts without being heavy-handed. The content is delivered through an exquisitely drawn, humorous and captivating storyline.

With gender identity entering more into the mainstream media, Arpin hopes that Phantomtits will be another voice in that conversation.

“I hope that Phantomtits allows us to continue to do the work we love,” said Tierney. “The work of creatively inspiring expansive conversations around the playful nature of identity and the way we can all be superheroes in our everyday lives.”

The project is in its final stages and is gearing up to be launched. An upcoming release date is to come.