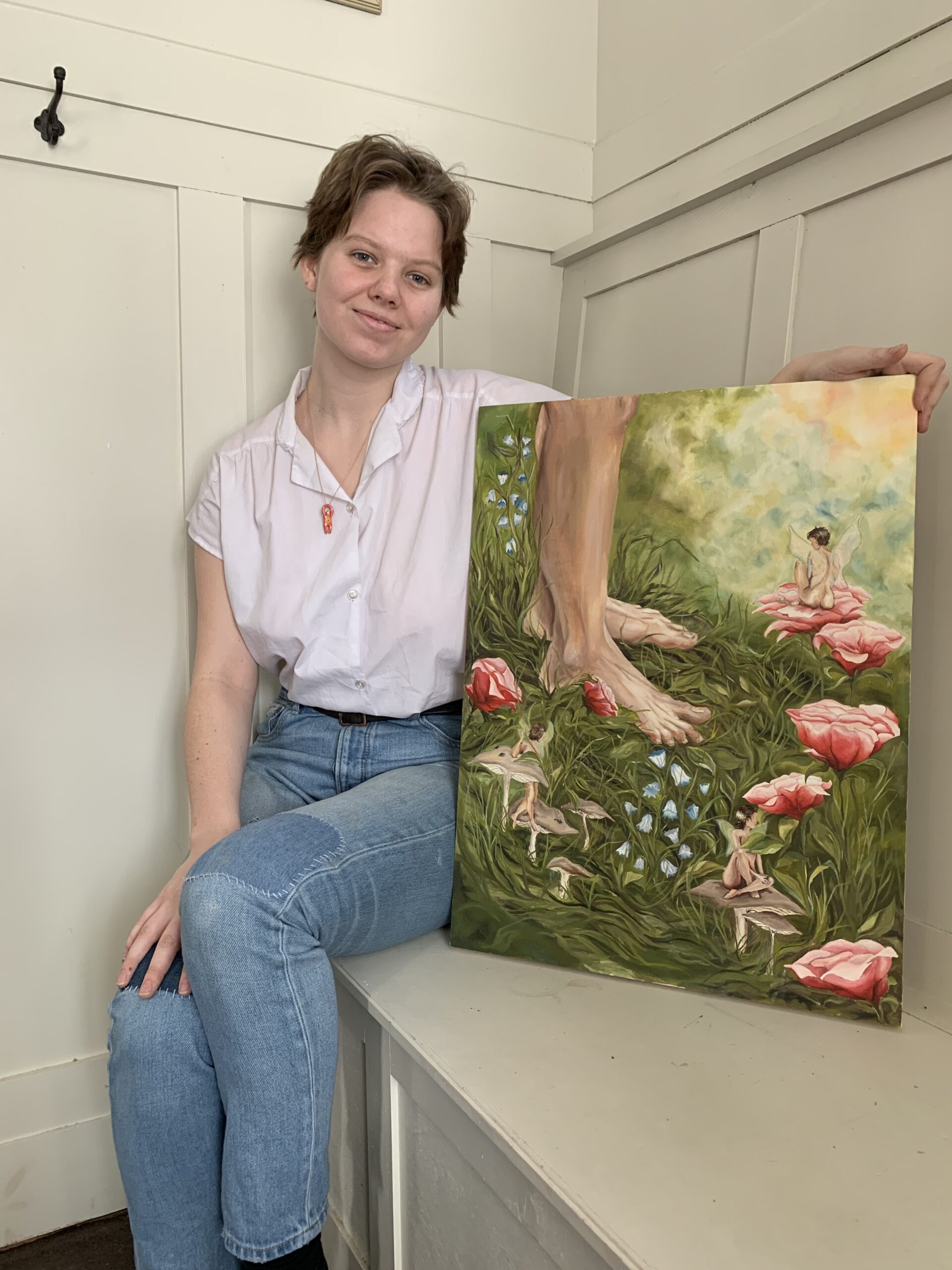 Madeleine Merritt, 19, is a local Ottawa artist who has used quarantine as an opportunity to take the next steps in her entrepreneur journey to create, share and inspire.

Merritt is a second-year University of Ottawa student studying fine arts and disciplining in photography. She decided to take this semester off as many of the classes she wished to take were cancelled due to remote learning.

“The dark room is my favourite place to be and since the darkroom is closed, I’m like you know what, I’m just going to wait for it to open back up so I can be in the studio,” she says.

Merritt decided it was time to work towards reaching larger audiences and to share her work. It all began when she started posting photos of her artwork on Instagram. More and more people became interested in what she was creating, and they wanted more. When the number of inquiries over direct messages began feeling overwhelming, she found a way to make the process easier.

“I get a lot of inspiration from other small businesses who have been able to make a living just by doing what they love and sharing it with people and I really want to be able to that,” she says.

Merritt launched her first website four months ago and is currently focusing on her business. She is taking this time to create different forms of art and finding ways to make money from it. Merritt enjoys block printing and is especially interested in painting and photography.

On her site you can find examples of work from her portfolio, prints, block prints, handmade jewellery, boxes, dishes and bowls available to purchase. It is an extra $5 to request a customized coloured block print and she also does custom charcoal portrait drawings with an ink block background.

“Aside from sales I’ve gotten a lot of people reach out to me wanting to inquire about opportunities,” she says. “Still every day I’m so happy that people just keep wanting to see what I’m doing like that’s just so amazing to me.”

After the first day launching her official business, she made back all of the money she invested into the website and it has been an uphill journey since then.

“It was a huge motivation for me,” she says. “I was like, ‘I can really do this, I just made everything back that I needed to have.'”

When Merritt and her brother were kids, their mother told them there were fairies living in the backyard. They never really believed her, but at the same time, Merritt says they also did. This was the inspiration behind one of her favourite pieces Fairies In The Garden.

This painting – that took 70 hours to create – began with a photo of her mother’s feet in the tall grass. Then she used pictures of herself to paint the little fairies sitting on mushrooms, roses and bluebell flowers.

“This project was about plants and so I paid really specific attention to the plants that I was putting in,” Merritt says.

She included mushrooms to portray a child’s suspicion of what’s real and what’s a fantasy and red roses to represent motherly love.

“Historically bluebells are a plant that calls to fairies, so I added those,” she says.

It took Merritt a month to complete her first magazine called Medium during summer 2020 and says she has another in the works. Her first one is 24 pages long and filled with her art and words to go along with them.

Merritt says she intended to create a viewing experience like other platforms have. “For music and dance even, we can view these things essentially for free but with visual art it’s not really the same,” she says. “I really wanted people to be able to have art for as cheap as possible.”

The inspiration behind this project was to take art offline. Everything in the magazine is art made specifically for the project and isn’t shown anywhere on social media. “It felt weirdly dejecting working so hard on a project and then just posting it on Instagram and then counting the likes,” she says.

For $5 you can purchase your copy at madeleinemerritt.com to be added to her printing order. Merritt says she received a lot of donations from her supporters in addition to the set price of the magazine which helped fund the project a lot more.

She is currently planning and producing her next magazine that she hopes to have released within the next few months.

“I wanted to have something that I could give to people that they could just hold, and it wasn’t on their screen and didn’t have that filter,” she says. “That was the inspiration essentially, to make something authentic.”