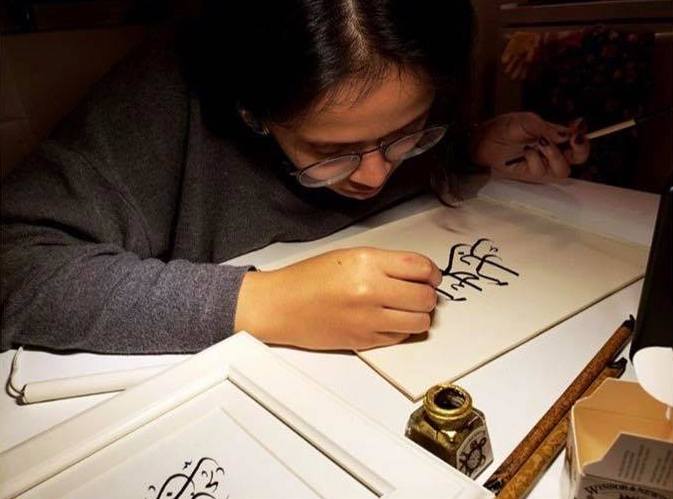 Iman Sattar working on her calligraphy.
Photo by: Iman Sattar

Inspired by her faith, Islam, she would trace verses and sayings from the Quran in the hope of fostering a deeper connection with her faith.

Aside from the inspiration Sattar gets from the teachings of Islam to create hand-calligraphed pieces, she truly enjoys the creative process as a whole. Taking the text and turning it into a unique piece of art brings her a lot of satisfaction.

“I think this satisfaction stems from an appreciation of traditions and practices that are slowly eroding in the digital age, where handwriting becomes a chore, cursive becomes archaic, and calligraphy becomes a lost art,” said Sattar. 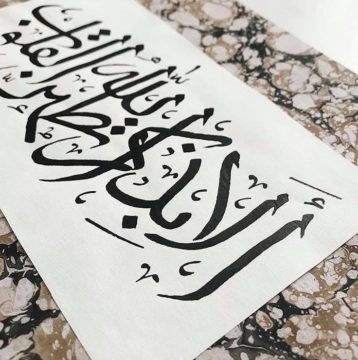 Her calligraphy reminds her that some practices are important to maintain and continue, even though times have changed.

“They embody a sense of intimacy that we as humans always seek—the personal, or human touch,” said Sattar.

Her creativity and love for her faith led her to continue and recently open up her own online shop.

Sattar, a self-taught calligrapher, said her art was a personal thing, but after encouragement from her friends she decided to put her work out there. She is now balancing her studies and running an Etsy shop.

Her shop Calligraphy by Faith opened in November 2019. She has a variety of pieces that pieces range from $15 to $35.

She agreed that it is important for artists to really try to get their art out there and, aside from selling her work on Etsy, she hopes to showcase her work at local cafes as well.

Although her work mostly reflects the teachings from her faith, she finds that people across the board, Muslims and non-Muslims, appreciate her work because the messages convey universality.

“I think this appeal stems from the universal messages from my faith, which goes on to demonstrate that we are not all as different as we thought we were,” said Sattar.

Sattar’s artwork can be found on her Instagram page.