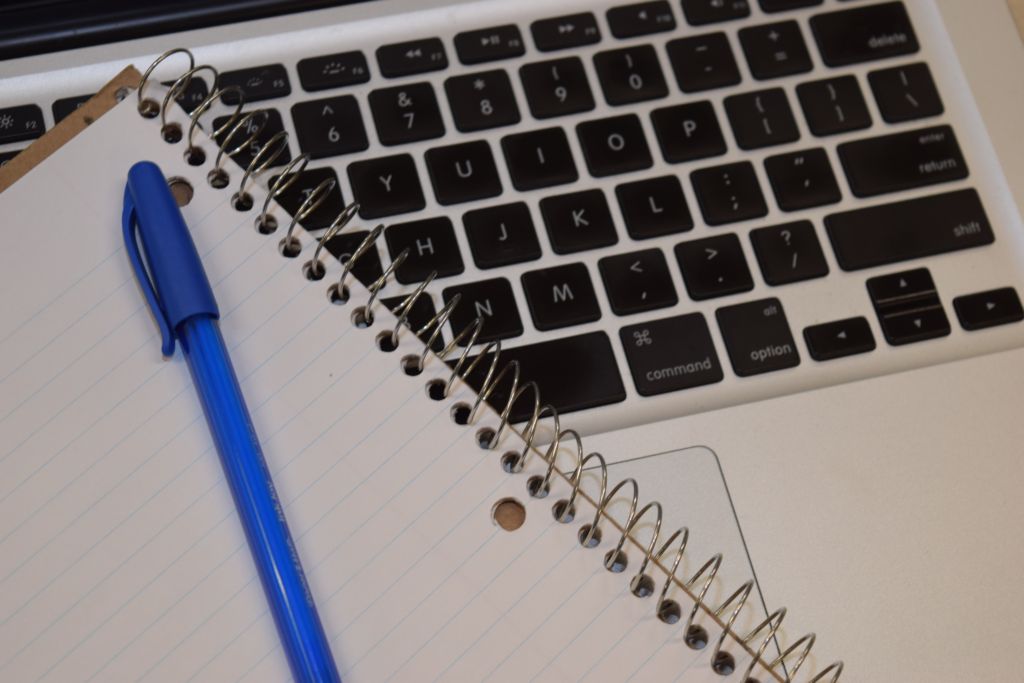 Pro-pen: Why you should ditch the laptop and handwrite your notes

My cousin Fanny Nyoh received a prize for the best handwriting student in my grade 5 class and I was so inspired by her neat handwriting.

I took it as a challenge because I also wanted to get a prize. So, I began working on my handwriting secretly every evening during our study hours at home, and the following school year I won. I grew up in a generation and culture where calligraphy was taught at school until grade 9. It was mandatory for all students. Growing up in Cameroon, I had to handwrite all my essays for school right up to university level.

Today, we are actually seeing more students typing rather than handwriting their notes at schools. This is because we live in an era where almost everything is digitized and we have access to a variety of writing tools at our fingertips, such as smart phones, computers, tablets and laptops.

The rate at which technology is taking over our day-to-day lives is making our generation lose the habit of handwriting.

Like me, Emily Filion, a first-year architecture student at Algonquin College prefers handwriting her notes because it actually makes her reread them. “It makes me understand better when studying,” she says.

Emily Filion, a first-year architecture student, prefers handwriting because it makes her read and study.

In my case, I’m actually slower when typing compared to those who grew up in the digital world. I’m a digital immigrant.

However, not every millennial is as much of a digital native as I thought. Wei Cai is a Chinese student studying English as a second language at Algonquin College. She has always had a computer from a very young age but when it comes to her school program, she prefers to handwrite. “Writing helps me practice my English,” says Cai.

She also explained that when typing on a computer or mobile phone, the auto correct helps spell words for you, which thereby slows her learning process. “Writing helps me think and I can improve my English when I handwrite instead of typing,” she adds.

For me, writing has always helped me to stay focused. Whenever I have to do a story, it’s easier when I handwrite my plan and an intro. I found out that, when I start typing without a written note, there are high chances that I may go off or the possibility of copying someone’s ideas from the Internet as I type.

Filion noticed that her handwriting changes when she is stressed or under pressure.This also happens to me. My mood affects my handwriting. “I focus less on the way I write and more on how fast I’m writing during exams,” says Filion.

For Cai who is still learning English, she finds writing paragraphs challenging and her handwriting gets messy and not so legible. I am more creative when I handwrite things than when I type. This is because writing gives me room to think freely.

When I was in high school, during a philosophy test, I had to use a typewriter, due to my professor being unable to read my handwriting. I laughed, but I immediately felt more at ease. Sure, I had to spend a few minutes figuring out how it worked. But soon the familiar sound of typing, combined with the “ding” of the bell when I hit the margin of the page, echoed in the classroom in a satisfying way.

As a person who was born in 1993, I was taught how to use the computer from an early age. When I was seven, I was already using a personal computer. One of those old, box-looking ones. It was only natural that writing using a word processing program would be my preferred method of writing.

It’s easy. It’s fast. There’s no paper to waste and you don’t have to keep your writing organized. You can just make a folder, put your written documents in it, and there they are. Accessible and easy to read.

There are many reasons why someone would prefer writing on a computer rather than writing by hand. For Misael “Gio” Manning, 21, a graduate of illustration and concept art at Algonquin College, a big one is practicality. “My handwriting isn’t the best,” he says. “Reading a file is definitely easier.”

Although he thinks that for some things, like, for example, letters, handwriting gives a different feel, for him it’s still not enough. “Between pen and paper and keyboard, I’d choose keyboard, it’s a lot faster to write something,” he says.

Despite the fact that some people think that personal style is best conveyed by handwriting, it’s mostly the choice of words and how we structure the text that shows what we want to say. After all, when you read a book by a famous author, you recognize that author’s style despite the book being mass printed.

But Manning and I are not the only people who think that using a keyboard is the best method of writing. John Williams, 20, a second-year game development student at Algonquin College agrees.

“It feels as though writing on paper is becoming slightly obsolete,” he says. “You can take notes with a phone as well as a computer, plus it takes less space.”

As we progress in technology, between cameras, phones, voice recorders and computers, delivering messages has changed radically. Beside birthday cards and some invites to events or marriages, few people use the post offices to deliver letters. The speed at which an email or a text is delivered and created isn’t easily toppled.

Since coming to college, especially, having to write a lot, I’ve bought a new keyboard for myself, and dread every time I need to take notes by hand.

After all, if you’re finding yourself in the middle of writing a thousand-word essay, what do you wish was in front of you? A pen and some sheets of paper? Or a nice, comfortable keyboard that allows you to write and re-write, deleting all your errors, delivering a page that looks neat, compact and, most importantly, was written in half the time and without all the soreness that writing with your hands would have caused?

I know which one I would prefer. The very same medium I am using to write this words. The keyboard of a computer.