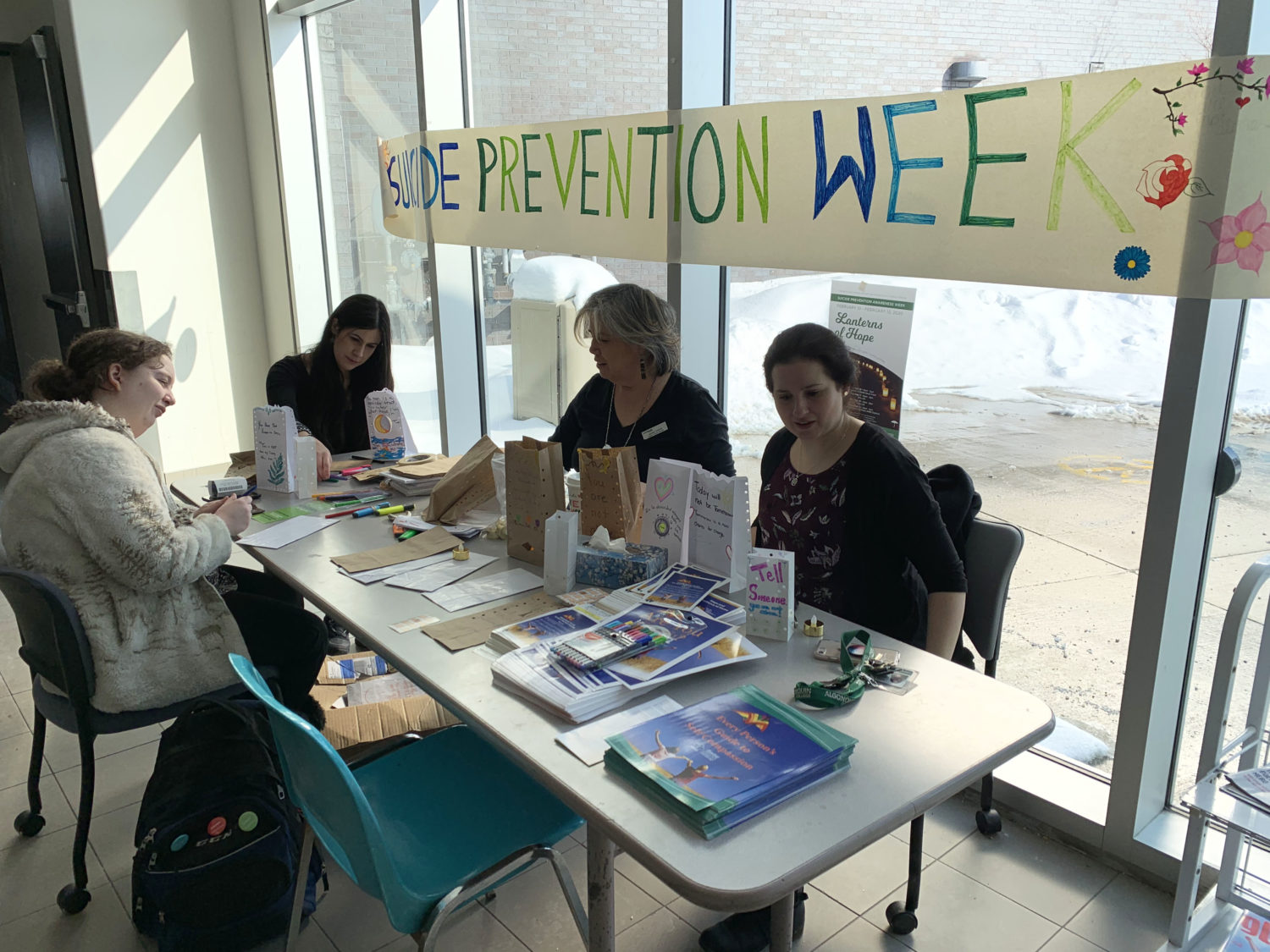 It is Suicide Prevention Awareness Week at Algonquin College, and from Feb. 10 to Feb. 13 booths will be set up across campus to raise awareness. At the booths, students and others are encouraged to create a lantern that represents a symbol of hope for those who have taken their lives and for those who are thinking of doing so.

Students and those attending the college came in and out of the booths, making lanterns and spreading positive messages with one another.

Nadine McLean, a counsellor at Algonquin, says the idea is to shine a light of hope in the darkness that surrounds the subject.

“There are some honouring those who have already passed and some with positive messages hoping to support others who may be struggling,” said McLean.

“The idea is to help students be seen on the day that they’re looking to talk to somebody as opposed to waiting.”

Jackie Tenute, an Aboriginal counsellor, has been running the Suicide Prevention Awareness Week for three years now finds it very important to spread awareness and help those in need to speak up.

“This is such a taboo subject,” said Tenute. “No one talks about it because it can be such a dark place and sometimes we feel that we’re the only one going through that. So this is also a way of having that discussion that they’re not alone.”

Tenute has many other phone lines and services to reach out too. Two of these programs include the Yellow Ribbon Program and the Good 2 Talk post-secondary student helpline.

Tenute said the risk of someone committing suicide goes up significantly when you know a person who has done so.

“If a family member or a close friend has died by suicide, there’s a higher risk of you considering that as an option,” said Tenute.

She has focused on making sure those who are struggling to get the help they need and talk with the professionals and those who can help make a positive difference.

Though the event is only for four days, the difference this time can make for the people who attend it can last a lifetime.

“We have the power to say ‘This is not how my story will end,’” said Tenute. “We all have that light burning within us, (and) sometimes we need those little reminders.”