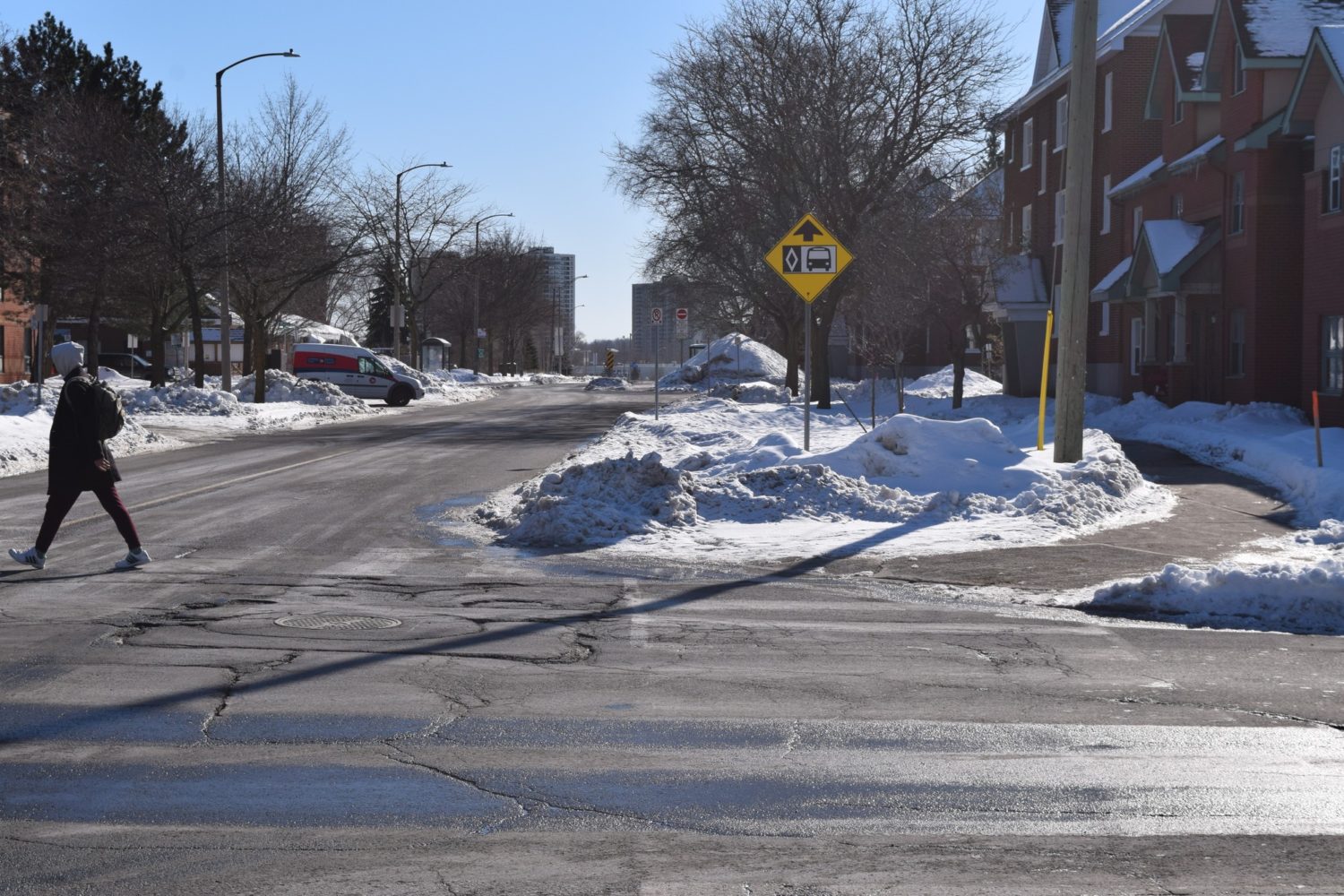 Wintertime can tend to bring people's moods down, and it's usually because of shorter, darker days.
Photo by: Steven Riccio

The days are about as short as they will be all year, and the slushy sidewalks hardly encourage outdoor activities. It happens to be no coincidence that staying indoors coincides with people feeling more depressed than usual.

While everyone likely deals with a case of the winter blues at some point, it is also possible to be experiencing a case of seasonal affective disorder.

Dr. Patrick McGrath, clinical psychologist at Gilmour Psychological Services, says that while people are diagnosed with SAD, it is relatively unusual.

“It’s best to think of it at the end of a spectrum,” he says. “Seasonal affective disorder is specifically caused by changes in light, and that usually occurs in our country in winter, because the days are so short.”

McGrath says that ‘the winter blues’ is the common informal term used for the depression a lot of people feel at this time of year, while SAD is on the extreme end of this but is still treatable.

“The standard treatment for that (SAD) is light therapy, or any other therapy for depression like antidepressants or cognitive behavioural therapy.”

Carolina Di Giulio, a first-year journalism student at Carleton University, has dealt with her own case of SAD over the years.

“There was a particular winter where everything was going fine in my life, but it was just a super lack of motivation and exhaustion.”

When Di Giulio reached out to her doctor about her symptoms, her doctor confirmed to her that she was experiencing a case of the disorder.

“I wouldn’t say I have it as much anymore because I’ve found methods to deal with it.”

For Di Giulio, those methods look like having a routine of exercise and fresh air exposure. She often takes advantage of Carleton’s Ice House free skate that is offered three times per week.

“Most of the time that’s what I use as my athletic outlet, I just use the winter time to skate,” she says. “Even speaking to a few people on the ice, they find being physically active in months when usually they’re not makes a huge difference.”

According to McGrath, lacking physical activity during the winter months is common for a reason.

“There is a whole other phenomenon that during winter, many people change their habits and their activities. And that may cause some of the same symptoms. So if you stop doing these things that are really lots of fun for you, or are rewarding for you, then you may begin to develop some depressive features.”

Dr. Doug Stringer, manager of counselling services at Algonquin College, says that students experiencing these kinds of symptoms, whether it be the ‘blues’ or SAD, should follow four steps to ensure they’re doing everything they can to restore a healthy mindset.

First, students should have good sleep hygiene. Going to bed and waking up on a consistent routine while limiting screen time before bed is crucial.

“The rights kind of foods in the right amounts,” Stringer says. “Not too much and not too little. What often goes out the window for students is diet. I often talk to students who forget to eat, or can’t even afford to eat.”

The third key factor is getting exercise. Stringer says a workout might not even be necessary if you can even just go for a walk.

“Any movement is better than being sedentary.”

Lastly, Stringer stresses the need for positive social interaction. Interacting with peers and enjoying yourself can lift the mood and deliver positive bodily chemicals to your system.

For students, having a drawn-out routine for how things need to go day-to-day is always easier said than done. But nevertheless, some level of intervention is required.

“Simple things like taking a break from your studies, and taking a little walk outside,” McGrath says. “Because even if the sun is lower in the winter, it is still much powerful than the indoors.”