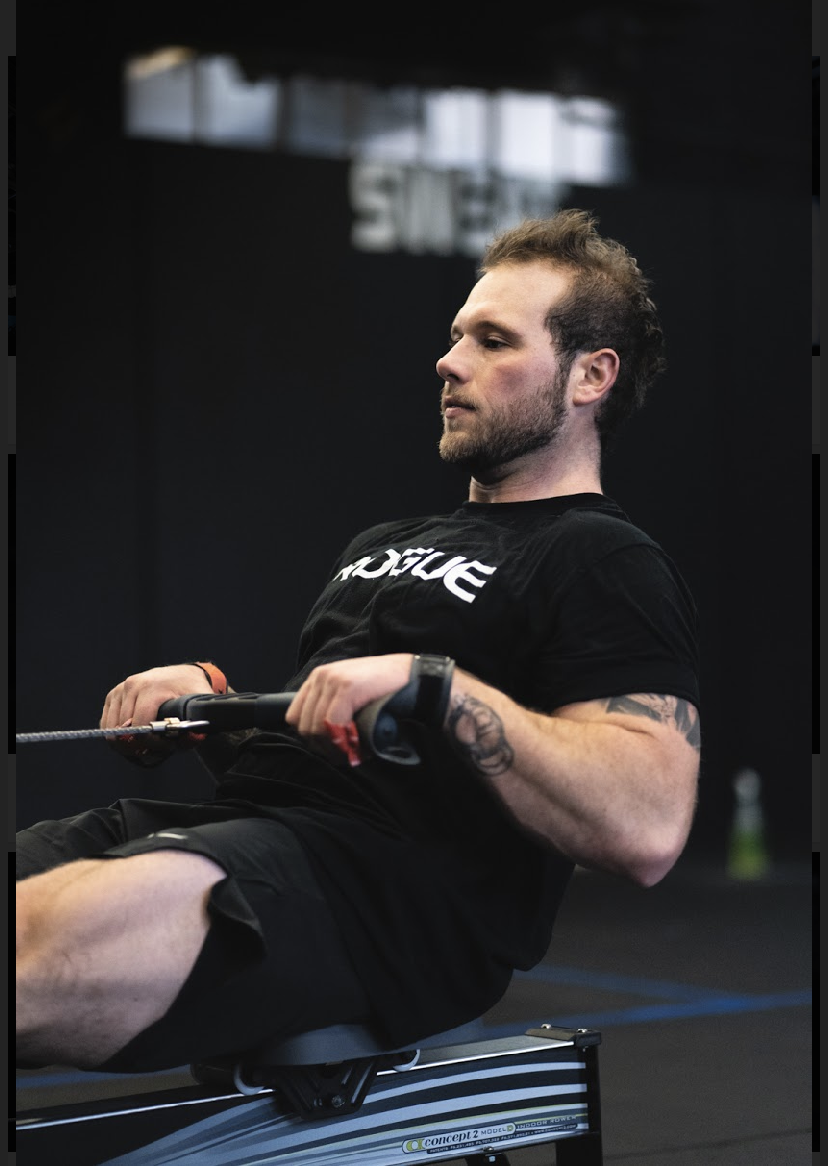 Growing up, Conor Oakley was always moving: snowboarding, playing baseball, golf and lacrosse. And like any kid from Ontario, he loved to play hockey, but Conor also had real talent. In his teens he played Junior A hockey and was a prospect to play at a Division One school in the States.

At 18, on the cusp of adulthood, he suffered a traumatic brain injury during a lacrosse game. He would never play competitive hockey again.

If you google his name, his old hockey record still comes up, though he hasn’t played in a decade. At the top of the results, though, is a record of how his life has completely changed since then.

After the injury and while in college, Oakley shifted his focus to Crossfit which became a passion. When not competing he shares his love of the sport with the people at his gym SWEAT Fit.Co in Hintonburg.

Oakley has run the business for the past four years and every year it has grown along with its reputation.

“It’s grown, you know, we started with a very small space,” says friend Jillian Deslippe, a gym member since its inception four years go. “Within a couple of weeks [of opening], we realized that that wasn’t gonna be enough space.” Conor knocked down walls and acquired more space, building it into the gym it is today.

When the COVID-19 pandemic triggered lockdowns, like every other gym, Oakley was forced to shut down and adjust.

“I maneuvered every single aspect [of the business] before everybody else,” he says. “A lot of people were kind of late to the party in terms of thinking of ideas.”

Like many, he moved to Zoom; if members didn’t have the necessary equipment at home, he would loan it to them.

When restrictions started to ease off, he bought wedding tents and propane heaters to build an outdoor workout space. “So that if [people] didn’t feel comfortable working out in the gym, they could work out in that outdoor space,” Deslippe says.

“It was wild,” Oakley says. One day he came out five minutes before a class and a strong wind had blown through tents causing them to collapse. “It was quite the nightmare, but we’re still standing.”

When he knew the second wave was coming, he brought in a film crew and had them record entire routines and training sessions which were then edited and posted on Instagram and TikTok.

“We gained a lot of traction last year and just in terms of reputation for programming, and in putting out quality workouts,” he says. He believes his business has come out a lot better than most during COVID-19 because of his unique approach to the problems brought on by the pandemic.

It’s easy to conclude that Oakley is all business but the reason people keep coming back to his gym is who he is as a person.

Omar Kanan became a gym member two years ago. “He started with just a handful of members,” he says. And slowly overtime people became interested in his training style; a broad spectrum of people come for different reasons. Some for “mental relief,” others to challenge themselves or to compete in Crossfit, like Oakley.

This disparate mix of people, rather than putting a strain on the gym due to conflicting personalities, through Oakley’s leadership, has led to a melange of different clients inspiring each other and building a community.

Kanan was so inspired by Oakley and the culture of SWEAT Fit.Co that he signed up to be a part-time instructor earlier this year.

Mental health has suffered during the pandemic, something Oakley is keenly aware of in his day-to-day interactions with his members. Last week, he decided to raise awareness through a fundraiser. He would row a marathon everyday for seven days straight. A rowing marathon can easily take more than three and half hours.

He polled social media and other members for feedback on his idea. “And obviously people are like, ‘Connor That’s crazy,’” Kanan says. “People train six months ahead of time to do a [single] rowing marathon.”

Kanan rowed with him on the first day and the last. “And I can tell you it’s a mental battle,” he says.