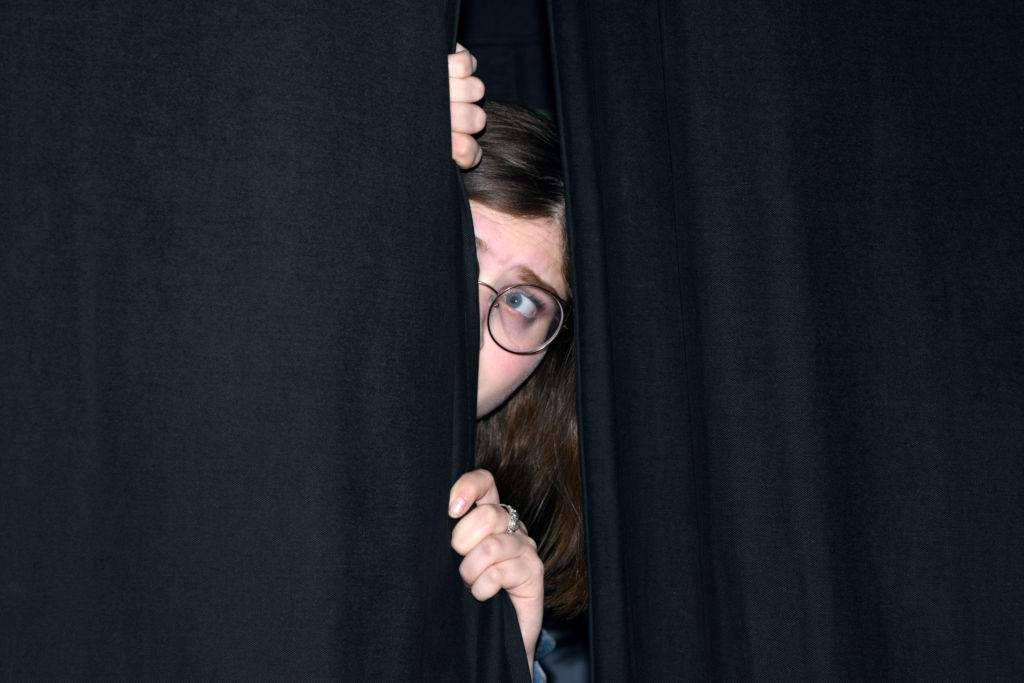 With my face caked in makeup, I stood backstage sweating in a three-layer floor-length costume. The air felt stiff. It was time to begin my first-ever musical performance. I was thrilled to finally show off the months of work I’d spent matching pitch, learning lines and tripping over my two left feet. The overture began, my cast-mates and I were told in a firm whisper to get positioned on stage. The curtains opened as my sister’s laugh echoed in the dark gymnasium. The hot spot lights struck the stage as the audience formed behind them in still silhouettes.

Then it hit me: stage fright. My stomach twisted, my palms sweated and my opening line wouldn’t leave my lips. I had spent early mornings and late nights for three months rehearsing this opening scene over and over, but none of that seemed to help. I thought of my lessons: Project your voice. Face the crowd. No fidgeting and always remember to breathe. Yet still, I was stuck subtly rocking back and forth in my navy blue wizard gown overthinking every line I had in the musical.

As my co-stars took over the scene, I stepped out of the spotlight onto my mark – down stage left. “Focus on the scene, not the audience,” I told myself. Finally, it worked. I remembered my lines and suddenly my nerves were gone. Phew.

After six years of performing in competitive choirs and community musicals I still struggle with this problem. For all performers, stage fright is an unfortunate commonality of performing in front of an audience. The condition is similar to anxiety disorders and occurs before and during a performance. While some are able to suppress the feeling enough to still perform, stage fright has also left artists in a state of shock unable to speak or move on stage. Though the latter scenario is rare, it demonstrates the severity of the condition and the importance of using healthy coping mechanisms to better your performance.

Rebecca Cowal, a bachelor of music student at Carleton University has been performing in competitive dance, choir and band since the age of four and has learned some tricks to help. “I always jump around and warm up, no matter where I am,” says Cowal. “That gets me into my stage mode.” Performance factors like size of audience, having judges present and seeing familiar faces in the crowd influence the severity of Cowal’s stage fright, but she said a lack of confidence and preparation has the biggest impact on a her pre-show anxiety. 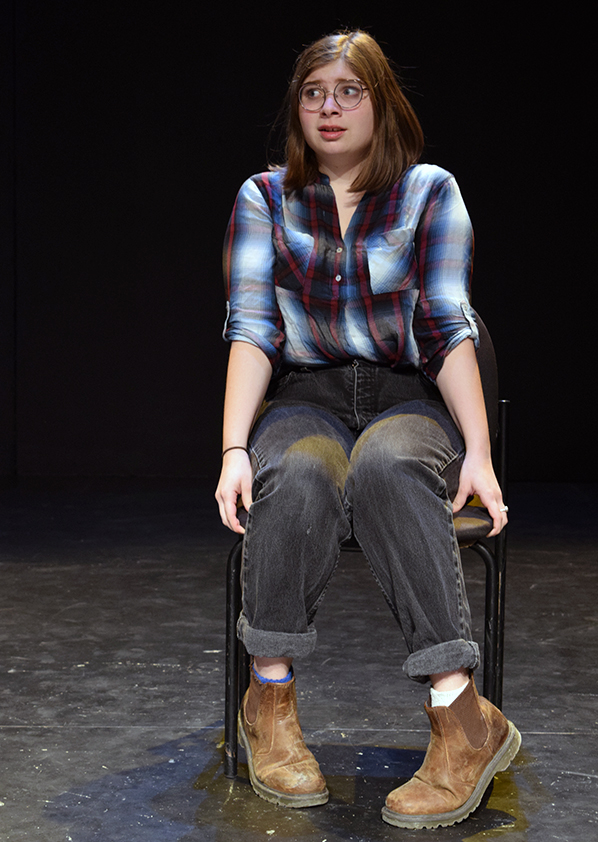 Setbacks will never take away the feelings of a standing ovation after a flawless performance.

According to Lisa Webber, an Ottawa-area practical voice teacher for 26 years, preparation is a crucial component to a successful performance and reduced anxiety beforehand. While performing in my first competitive choir competition, judges critiquing under the light of their small lamps, my stage fright disappeared after the first few notes of singing.

Webber attributes this to the amount of practice time committed to a performance in a competitive environment, which is why the majority of her students’ anxiety can be managed better in these circumstances. “Young people, and especially beginners, want to bite off more than they can chew when it comes to performing, but there’s a process,” says Webber. “They’ll want to skip to step four, before learning steps one, two and three.”

While many performers are gifted with a natural ability to capture audiences’ attention, some lack the technical knowledge to further their onstage abilities. Webber said many of her amateur students have less severe stage fright in casual environments like a school musical, than her technically advanced students.

A performer who understands the proper structure of a chord, where their next note is, or the proper pitch needed for their solo can cause a singer to overthink these aspects. Webber said their anxiety then rises to a point that “hardwires” their body to mess up that section of the music. However, an amateur performer has minimal knowledge on the proper mechanics of singing, lending them a false confidence that they’re singing everything perfectly, in most cases, so their anxiety is far less of a mental block.

Though my music knowledge is basic, I still suffer from this. For example, I’ve had my voice crack on a high note I sang perfectly in my rehearsals. I began as an amateur performer, but have broadened my technical knowledge in the performing arts.Whether there are judges or not, as my technical performance knowledge increases so do my stage fright symptoms.

But, despite the cliché, practice makes perfect. By pushing through and stepping onstage, I’ve learned pre-show rituals that help subside my stage fright. These rituals are common practice for both amateurs and professionals. “I just sing my solo over and over until I have to go on stage,” says Lydia Bastien, a business management and entrepreneurship student at Algonquin College and amateur singer. “Once I’m onstage, I sort of blackout and my whole performance becomes a blur.”

Despite remembering little of her performance, Bastien said the thrill of hearing an audience’s cheers keeps her coming back to perform. Whether it’s a theatre full of people, or an intimate coffee house with friends, a performer’s vulnerability can actually benefit the performance. “Once a performer overcomes their anxiety, or can manage it, it becomes a motivation to prepare properly,” said Webber, “which makes the quality of their performance that much better.”

The rush of adrenaline and oxytocin gives a performer more energy and confidence, increasing the chance of a better performance, she added. No matter your skill level, feeling nervous and anxious is a typical reality before a performance. “If an actor, or singer, can learn how to put a lid on their nerves, and channel that energy into perfecting their technique, or directing their breath,” said Webber, “then they’ll be able to master their performance from a technical standpoint.” 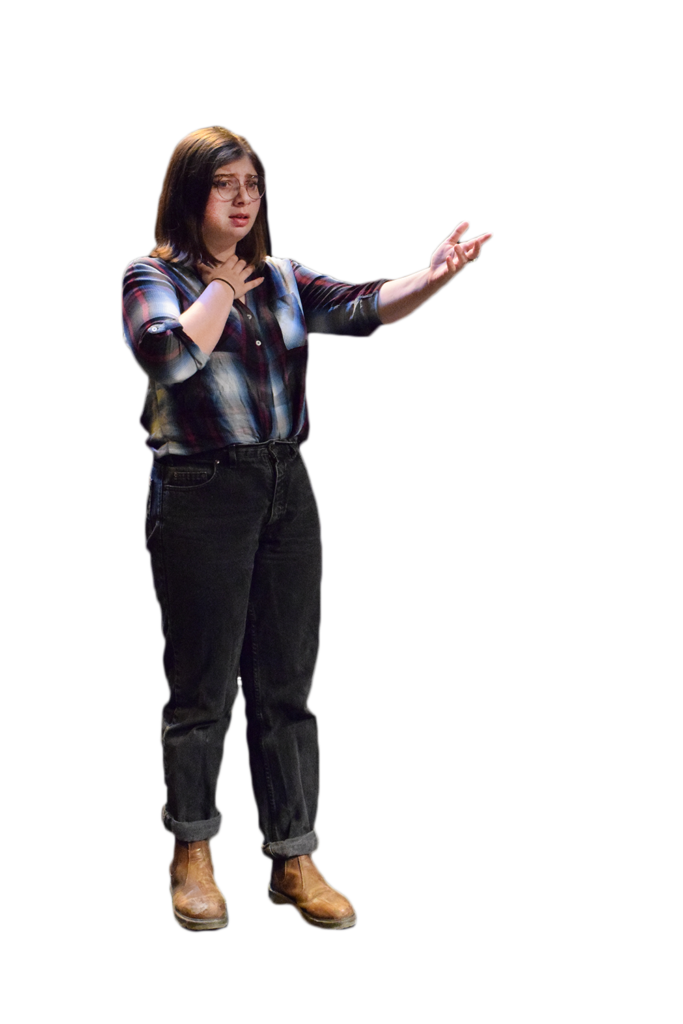 And it’s true, by productively using my nervous energy to practice my high notes, or improve my projection I gain a higher level of confidence on, and off, stage. Webber stressed the importance of accepting your performance weaknesses, not suppressing them. By doing this, performers can create a greater self-awareness and concentrate their anxious energy on perfecting these weak spots.

Prioritizing the parts of a performance you want to do well on will build your confidence on a technical level. Though it will vary in intensity, I will always struggle with my stage fright, but I will never let it take me away from doing what I love. My sweaty palms and gut-wrenching nerves are setbacks, but they will never take away the feeling of a standing ovation after a flawless performance. It’s all a part of the performing experience.

As I stood onstage before the overture of my fourth musical, I could hear one of my best friend’s laughter echo throughout the black auditorium. I had the opening solo and the male lead role, the pressure was high. My stomach churned, sweat poured beneath the layers of my grey elephant costume, and a big smile slowly came across my makeup-covered face. The hot spot lights hit the stage, blinding my eyes for a moment.

Then it happened: show time.