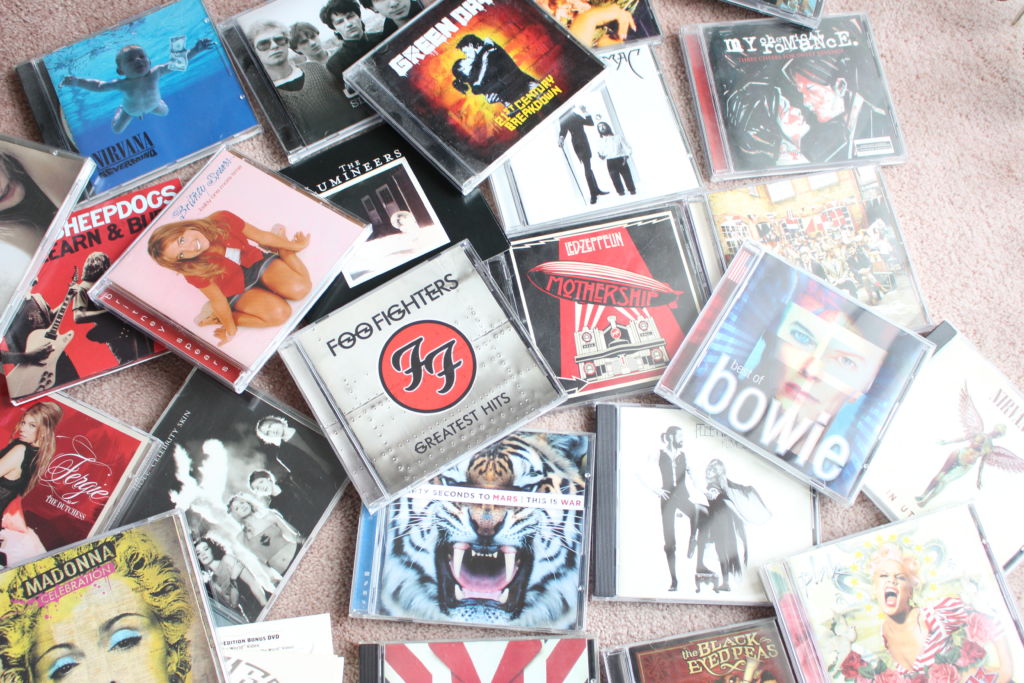 As Meagan Crete walked by the HMV at St. Laurent Mall, she couldn’t help getting upset when the big ‘Store Closing’ signs loomed over her head.

Crete, who is studying women and gender studies at Carleton University, remembers the times she would go to HMV to buy new music.

“I would go with friends and we would buy new CDs we knew we wanted. Or we would browse for a while and talk with the people who work there and recommend music for each other,” Crete says.

Like Crete, for many of us young adults, we grew up with buying the CDs of our favourite artists, we got excited when we saw the physical copy of an album we were just about to buy, and ripping off the plastic to view the pictures inside and memorizing all the song lyrics.

HMV was the source of this for CD lovers for over a little over 30 years, until just recently, when in January HMV announced it was closing all their Canadian stores due to the millions of dollars in debt they have because of more people buying digital music.

“I was very upset when I found out HMV was closing,” says Evelyn Lilly, a hospitality and tourism student at Algonquin College.

“I love that store because it fills a growing geek culture gap that isn’t widely represented. It kind of represents the end of an era and I think it will change things.”

And it definitely has, according to the Toronto Star, CD sales last year dropped 19 per cent to 12.3 million and digital music sales grew 203 per cent last year to 22 billion streams.

To even further the decline, some artists have gone with a digital-first strategy, by releasing their albums online first and then with physical copies, such as what Beyonce did with her latest album, Lemonade, and Drake with his albums Views.

Some artists have decided to not do a physical album at all and just have it to be streamed and bought online, such as Kanye West with his last album, Life of Pablo.

However, this won’t stop Lilly, as she says she has over 100 CDs and does not intend to stop, despite how digital music has gotten.

“I still buy physical copies of CDs for a few reasons. Mainly I think it’s important to support the artists that make the music as opposed to pirating it, especially because I want those artists to keep making more music and stealing their art doesn’t help at all,” says Lilly.

Even though illegal downloading services such as Limewire do not exist anymore, and the increasing use of streaming services such as Apple Music and Spotify help wth making sure artists can get paid, it is still not the same compared to buying a physical copy of someone’s music.

“My friends think I’m dumb for buying CDs,” says Lilly. “I’ve had people literally tell me that it’s a waste, it’s outdated, old fashioned, all of it.”

Lily says that when she has friends in her car, she gives them a binder filled with over 100 CDs and they then realize how important CDs are.

“They get caught up in the nostalgia and the reality of having something in front of them instead of a limitless Spotify library. It’s more personal, and people notice that.”

As easy as it is for someone to carry their music on their phone or stream it compared to having physical copies to carry around, both Crete and Lilly agree that there is more of a connection to own a physical copy and say it’s yours, which is something they won’t stop doing anytime soon.

“Putting a CD into a player or listening to them in the car has a good feeling that you don’t get from using Spotify,” says Lilly.

“I love albums specifically because you get to listen to an artist’s entire body of work as opposed to the one or two hits you hear on the radio. You listen to the album as it’s intended to be heard and get the emotions and motives behind that album. It’s like watching a whole movie as opposed to one five minute scene – it just doesn’t compare.”