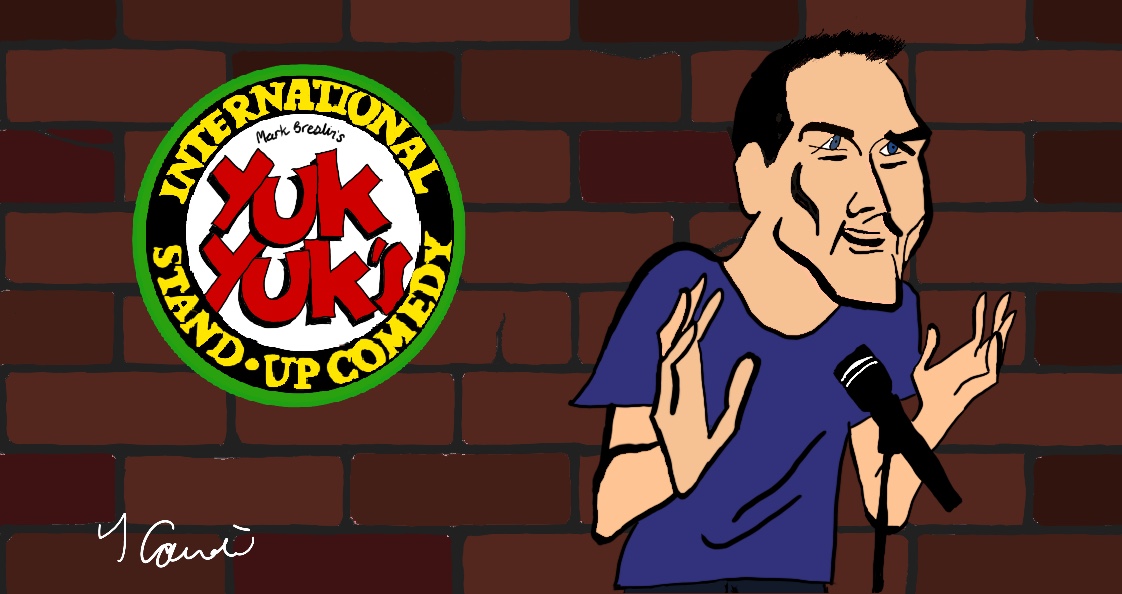 My appreciation for Norm MacDonald’s comedy started at an early age. My parents love reminding me about how difficult I was as a baby. So difficult that my dad claims the only medicine that would cure my crying was laughter. His way of administering this remedy was by turning on the TV, flicking the channel to NBC, and watching “Weekend Update” with me on Saturday Night Live. Like most “Weekend Update” fans, my dad loved watching the segment for its blunt and incisive anchor, Norm Macdonald.

After having a pretty awful week a few months ago, I remembered my dad telling me about propping his toddler up in front of the TV to cheer her up with SNL. I turned on my computer, clicked through to Netflix, and howled at Norm Macdonald Has a Show for hours.

On Sept. 14, 2021, the legendary Ottawa-raised comedian Norm Macdonald died at age 61 from acute leukemia. While known by admirers for his laconic and calibrated jokes, friends and family who bore witness to Norm paving the way in comedy recall him as an idiosyncratic soul far before his rise to fame.

“I met Norm in 1979 when he was in the journalism program at Algonquin,” says Randy Dash, a broadcasting-television professor at Algonquin College and old friend of Macdonald’s. “He never finished the program, but I remember spending the summer after he quit with him at his parents’ in Barrhaven and all we would talk about was comedy.”

The seed of Dash and Macdonald’s friendship, planted by their mutual interest in comedy, grew into a vigorous professional relationship. In 1983, the duo decided to pursue their comedy dreams by enrolling in the broadcasting-television program together.

“We got put in different sections in the program, but we would always find ways to do stuff together,” says Dash. “Norm only did a year of the program, then started doing amateur nights at Yuk Yuk’s on Albert Street.”

After graduating in the spring of 1985, Dash joined Macdonald in his comedic endeavours — he would take his video camera and head down to Macdonald’s shows to produce tapes from back-to-back performances.

“He was really good at doing everything the exact same in his sets, he really had a rhythm,” says Dash. “He just had this instinct where he knew how to replicate his gestures and delivery — he was naturally funny and I tried to capture every moment of it.”

Dash was Macdonald’s one-man film crew at that point in his career, and in 1988, produced a 16-minute tape that kick-started Macdonald’s career and eventually landed him a five-season run on SNL in 1993.

Never before published behind-the-scenes footage of Macdonald cracking a few jokes while guesting on the Live Aid broadcast on July 13, 1985. (Provided by Randy Dash)

An interesting fact about Macdonald, though, is that his first crack at stand-up didn’t quite go as he had imagined it would. If it hadn’t been for getting chased down after storming out from an amateur night at Yuk Yuk’s in Ottawa in 1985, Macdonald may have never returned to comedy.

“When Norm performed his firstamateur night at Yuk Yuk’s in Ottawa, he left deciding he would never do stand-up again,” says Chris Borris, the current manager of Yuk Yuk’s. “It was Howard Wagman, the owner of Ottawa’s Yuk Yuk’s, who chased him down Sparks Street to convince him to come back.”

From there, Macdonald returned and continued his career in comedy.

Macdonald’s family and friends admit that it has been difficult to look at social media and see the outpouring of affection from lamenting fans.

Although Andrea Macdonald knew her uncle was sick, she never really knewhow bad it was until a few years ago, when her father started donating his stem cells to his brother.

“The doctors were trying this therapy — it worked and then it didn’t work,” she says. “It was hard for my dad, but of course he wanted to do it.”

Macdonald kept his nine-year battle with cancer as private as he could, according to Andrea Macdonald, and died peacefully in hospital in Pasadena, Calif. Although Macdonald has passed, his memories live on with fans and family of Macdonald’s alike (including this fan and Algonquin College student).

“When he did Comedians in Cars Getting Coffee in 2017, he was in a lot of pain,” says Andrea Macdonald. “He fought and pushed for a reason — he just wasn’t done yet.”