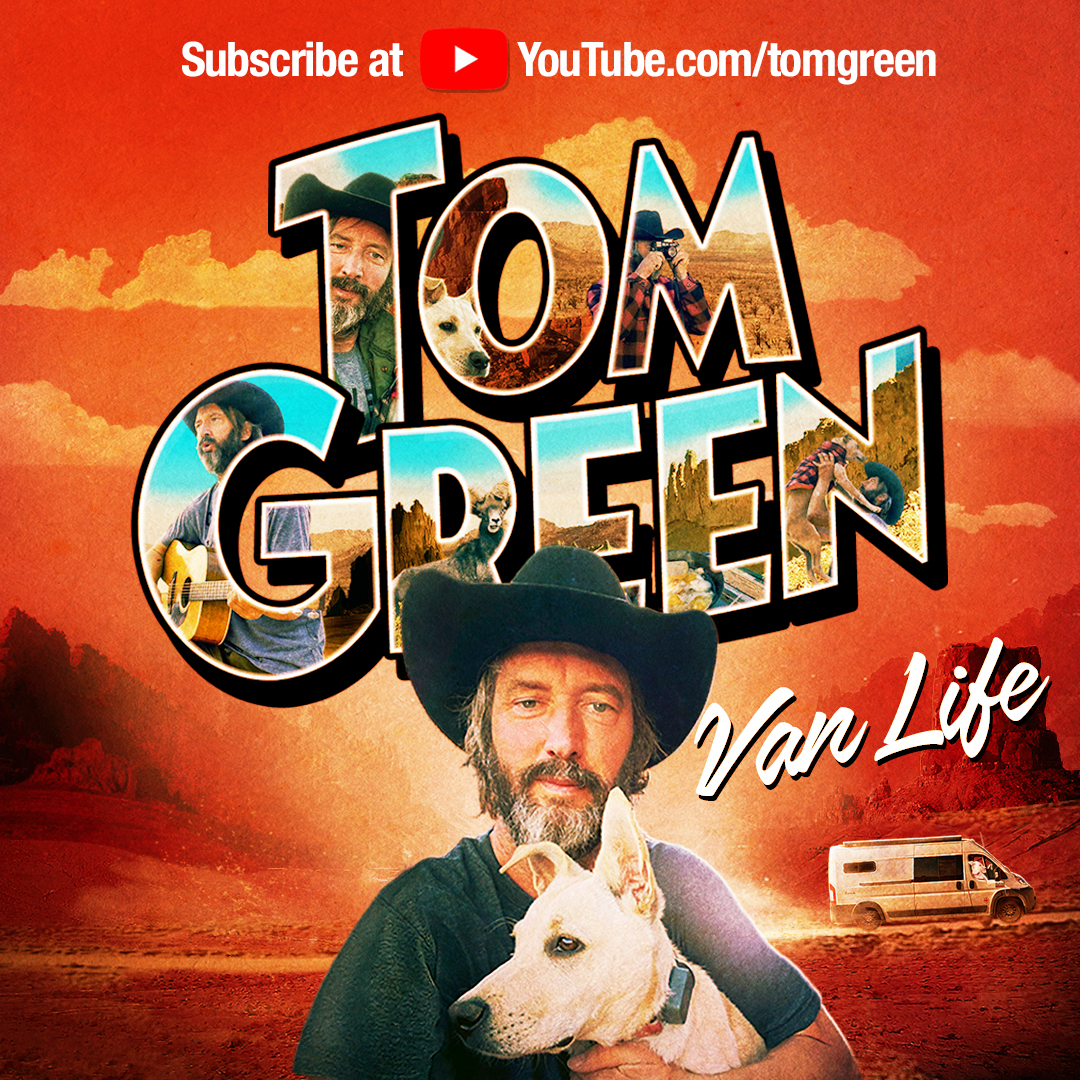 Just about any Tom Green fan who follows the comedian on social media has been virtually invited on his adventure through the American West with his dog, Charley.

Green has been sharing a vlog series on his YouTube channel documenting his road trip through the desert: what he sees, what he finds and what he is creating.

Through the years, we’ve seen Green as many different characters on many different platforms, doing many different things. But this time, he is focused on sharing the mysteriousness of the Wild West through his lens, from the top of his drone’s eye and through his audio and visual creations, such as black-and-white photography.

You can see it when you scroll through the monochrome pictures he took of rock formations in New Mexico, cacti in Texas and grayscale landscapes in Utah: Green has shape-shifted into a modern-day, Canadian-born Ansel Adams. 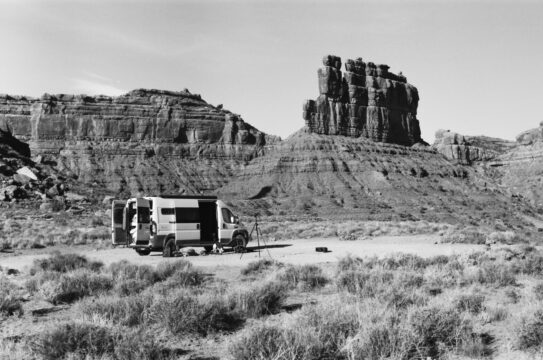 “One of my teachers from Algonquin, Peter Biesterfeld, saw that I was taking pictures and posting them on Facebook,” Green explains from a couch in his Los Angeles home with Charley by his side. “He sent me a documentary about Ansel Adams, the famous American landscape photographer known for his black-and-white photography of Yosemite and the Southwestern desert, and I can see how he ended up doing that.” 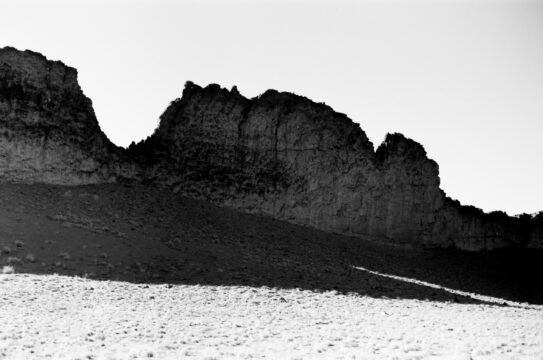 “I’m seeing how you could get sucked into American Southwestern nature photography, where you just end up out there in the wilderness for your whole life, chasing the perfect photograph.”

While he is back home researching where to go next, his hair and beard remain long and strong, keeping his look true to the “van life” style.

Over the last few years, Green has enjoyed doing a bit of photography, but hadn’t gotten around to familiarizing himself with the new technology available. “Because I’m not touring doing standup right now, I have all this time on my hands,” Green says. “It gave me a chance to really focus on some of the things that I wanted to get better at and I’m trying to find a way to make the most of the time off.” 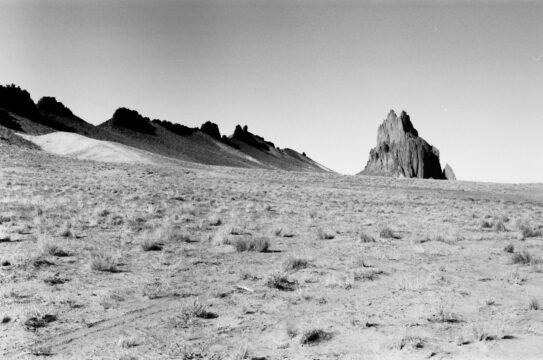 From his van, Green composes and records songs, produces music videos, records his podcast, edits videos and photos and uploads them to his YouTube channel. In his latest episode, Green shows his viewers the equipment he’s hauling, the power that fuels it and his setup. “I don’t have a camera person, no audio person, there’s just me here, alone with Charley, doing all this stuff,” Green explains. “My television broadcasting college diploma is paying off.”

Through his drone, Green shares a vision of the American desert like no other. The horizon from the view of a golden eagle, paired with Green’s original tracks, create a relaxing vibe that takes viewers on a multimedia journey to a part of the world most people from Ottawa are unfamiliar with.

“I’m trying to create a style of filmmaking that is kind of zen and meditative,” Green says. “The music does have a chill, ambient-sounding vibe to it which is really reflective of my mood.”

“I’m out there by myself with my dog just enjoying nature right now. It’s gonna be an evolving story because as I get further into it and figure out more and more about which direction I’m going, it’s going to start to change and weave.”

Green captures the desert and uses his multimedia skills to translate the feeling of his surrounding environment to his viewers. 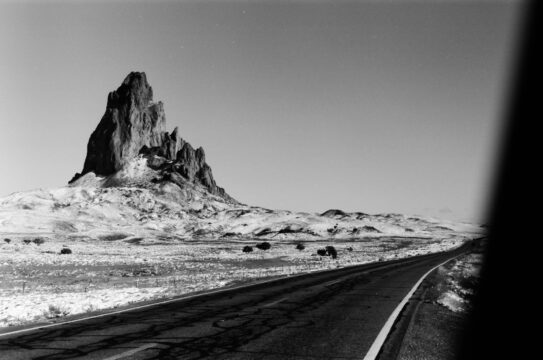 “I want it to feel like what it would feel like if you were out there,” Green says. “There’s something about the desert itself – the Southwestern United States – that is so mysterious and just so alien, to me too, because I’m from Ottawa. I didn’t grow up around that kind of stuff so it’s very different. You can really see the landscape and the topography everywhere, because it’s just a lot of dry, empty space. It’s almost like being on Mars.”

Green has explored very remote parts of the desert and introduces fans to hidden wonders of the Wild West in his vlog. The Native American ruins of Chaco Canyon, for example, one of his favourite places so far, have given him the inspiration to create more content. He also visited Shiprock, New Mexico – a famous location seen in movies such as Jumanji: The Next Level, Transformers, The Host, Natural Born Killers and more.

“It really kind of puts everything in perspective and makes you realize how small we all are,” Green says. “We’re here for 70 or 80 years if we’re lucky, maybe a little bit more, but you can go to the desert and actually touch a building that was built 2000 years ago; it really is something that I find amazing and incredible.”

Normally, Green finds inspiration in talking with people and focuses his art on people. Due to the COVID-19 pandemic, Green stopped touring. He turned to nature to exercise his creative process.

“I’m looking at the desert, landscapes and all of these beautiful Southwestern, sort of cowboy movie, western-type rocks, mountains, and land formations that are really interesting,” he says.

Green suggests media students who have access to new technology during the lockdown should make the most of a tough situation.

“Just make a point to really not waste the time that you have,” Green says. “Because hopefully, this is going to be over soon and I don’t want to get to the end of this year and all of a sudden have to go back to work. I don’t want to kick myself and say, ‘oh, I wasted that whole year, I just sat around and watched Netflix or something like that.’ The time off can really be seen as an opportunity that we can all take advantage of because time goes by pretty fast.”

Green has been to every state as a standup comedian, but only ever had time to visit the cities. “I’d pass through these places – I love nature and I love the outdoors – and tell myself, ‘man, I wish I had time to really go down that road or go explore,’” he says. “The photography I’m doing now is a way for me to document some of these places but it’s also actually given me a reason to go there too, which is cool.”

Channeling his inner Ansel Adams, Green continues to make the most of his time away from standup comedy to document the American Southwest and publish black-and-white landscape shots on his platforms. The positive feedback he gets from his audience motivates him to continue on this adventure.

“You drive 10 hours to get to a really cool-looking rock but you probably wouldn’t want to do it as much if you weren’t going to take pictures of it and show everybody,” Green says. “Documenting it kind of gives you a purpose and then when you get there, you’re spending a lot of time with your camera and your lenses to get the shot just right, waiting for the light to be just right, flying the drone up over it just right; it takes up so much time but I really enjoy it.”

“Then I also want to go to those places because I’m trying to become a better photographer and I was very inspired by the Ansel Adams documentary.”

Green released a music video he produced from his van for his original song Right Now Is The Right Time.