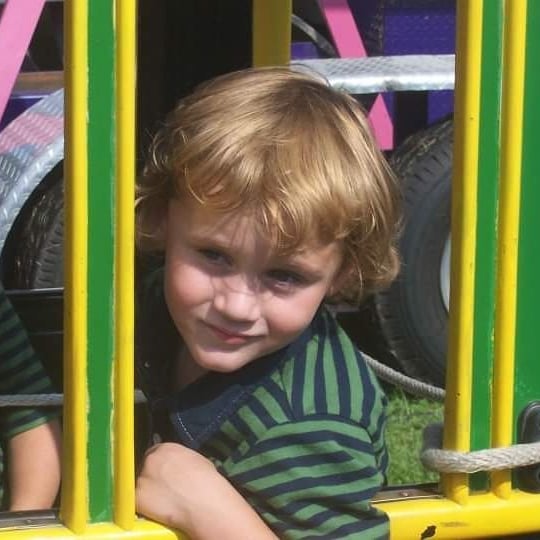 Speech is a key element in communication. It affects how we interact with one another and how we build relationships. But for me, it isn’t always as simple as saying what comes to mind.

Growing up, I had what my family referred to as “speech problems.” I couldn’t always pronounce words and make sounds come out correctly. Before speaking, I’d often ask myself can I say this properly?

When I started elementary school at Richmond Public School in Ottawa, my teacher approached my parents to explain that I wasn’t developing at the same rate as my peers. I couldn’t quite make some of the sounds the English language requires – even now, you can hear it when I make ‘S’ sounds.

Sure, it didn’t stop me from making friends, learning or living my life, but I’d be lying if I said it never got on my nerves.

“Anyone who has speech or language problems has something that might appear to be invisible, but can affect every aspect of your being because we communicate every single day,” says Elizabeth Hanna, a registered speech-language pathologist.

It’s not that I couldn’t form coherent thoughts in my head – a common misconception is that people with speech-language disorders can’t think clearly, but that’s rarely the case. Their thoughts are usually clear but depending on their condition, they may struggle to vocalize them as such.

Sometimes when I try to vocalize a thought, I slip up. Rather than speaking as I imagine, my mouth moves differently and the sounds aren’t quite what I expect them to be. This was especially difficult for me when pronouncing ‘sh’ sounds. I’d have to practice a word like ‘shower’ over and over so it didn’t sound like ‘sour.’

“One of the things I ask people to imagine is if they were in a foreign country, and not a foreign country where they had any knowledge of the language,” says Hanna. “It isn’t always the first thing people think of, but it’s enormous to not be understood.”

For me, that’s just how it felt sometimes – like I didn’t speak the same language as those around me. Is that a little overdramatic? Sure, but it’s not entirely unfounded.

Students may struggle to communicate with teachers who can’t understand them. They may grow frustrated with their work or lack of progress, or they may struggle to learn to read and write properly.

Some of my teachers didn’t understand what I was saying. “Sometimes, I guess you really were just incomprehensible to her,” says Wyatt Carter, my best friend growing up, referring to my first grade teacher.

Oddly enough, many of my peers could still understand me. When I struggled more than usual and my teachers couldn’t understand what I was trying to say, Wyatt would step in and act as a sort of translator for me.

“Whenever we were around each other, if you were talking to someone, I was able to help out,” says Carter. “I don’t think you were fully dependent on anyone, but you didn’t notice.” 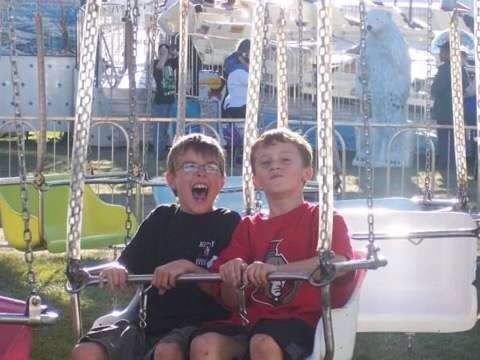 I’d be taken out of class about once a week to see a speech-language pathologist. With them, I’d practice saying words and phrases that came naturally to almost everyone else I knew.

“I don’t think I really noticed until my mom brought it up,” says Carter. “It was just sort of normal back then. Sometimes it was a bit difficult to understand but as time went on, it got easier.”

I was lucky my friends and peers never made fun of my speech problems. Unfortunately, not everyone is so lucky.

A 2015 study from the National Institute of Health states, “In older children, a number of studies have reported evidence that even a mild speech disorder, consisting of as little as one error, can have negative consequences for the speaker in the domain of social interactions and peer perceptions.” Kidmunicate Pediatric Speech Therapy explains that children with speech-language disorders are five times more likely to be bullied and that 44 per cent of children who stutter report being bullied.

By the time I started at Goulbourn Middle School, I no longer needed to see a speech pathologist. Despite this, I found myself more nervous than ever before. I was embarrassed that I couldn’t speak properly and scared of messing up words. I hated speaking in front of the class or working with people I wasn’t particularly close with. I’d get nervous that I’d screw up and that caused me to slip up more.

“Anxiety and nervousness around communication have a strong impact on communication,” says Hanna. “Everything connects to everything else. Emotions and the way I think can affect the way I speak.”

Communications challenges can occur in all ages. It can affect children struggling to pronounce certain letters, adults who have recently suffered a brain injury and even just those learning a new language with unfamiliar sounds.

“It can be something as small as a six-year-old child who can’t say an ‘R,’ to an adult, who suddenly has completely lost the ability to communicate entirely,” says Hanna.

According to a study from the International Journal of Speech-Language Pathology, communication impairments can affect not only communication abilities, but also self-care, education, ability to find a job and relationships with peers and family.

Nineteen-year-old Laura Smith, a concurrent education student at Queen’s University, lives with a speech disorder and is concerned by how it could affect her future.

“What worries me a little bit about it would be that I’m going to be a teacher,” says Smith. “I’m kind of worried that my students won’t take me seriously if I pronounce things wrong.”

For about four years during middle school and early high school, I’d try to avoid introducing myself altogether because of it. It felt simpler to have someone else say my name than to repeat myself four times.

Funnily enough, that fear actually caused me to make more mistakes. It reminds me of the old saying: ‘you miss 100 per cent of the shots you don’t take.’

“Introducing myself is a big one for me that really, really stresses me out,” says Smith, who struggles to pronounce her R’s. “I always practice in my head. I’m like ‘okay, Laur-ra, we have to get this.’”

Having to explain that you have a speech disorder to every other person can become annoying and uncomfortable. After a while, some might just want to avoid the explanation if they can help it.

Smith works as a host at Lonestar and customers often assume she has an accent and try to guess where she’s from – which is Ottawa.

“A customer came in and said, ‘Australia?’ and I was like, ‘Oh, yeah. My cousins are from Australia,’” says Smith with a laugh. “That’s not true at all, but I was trying to get out of the conversation. I don’t want to talk about my speech impediment to a random stranger.”

Hanna advises her clients to not dwell on errors, but instead, they should focus on the fact that they are catching them. By noticing them, they’re becoming more aware of how they can improve and therefore, are making progress.

“I spend a lot of time with my adult clients working on confidence and helping them understand the role confidence plays,” says Hanna.

Rather than hyper-focusing on whether you are pronouncing every sound correctly, focus on what you want to say. “It’s way more important that you be connected to your message and connected to the person you’re talking to,” says Hanna.

“I know that [my speech is] an issue and it’s fine,” says Smith. “If I hadn’t accepted it, I would be pretty miserable. I feel like I wouldn’t really be who I am today if I hadn’t had this issue my whole life.”

In speech problems, as with all things, when you accept the possibility of failure, you open yourself up to grow. My speech problems will always be a part of me, but they’re just that – a small part. They don’t define me, but they do help make me who I am.