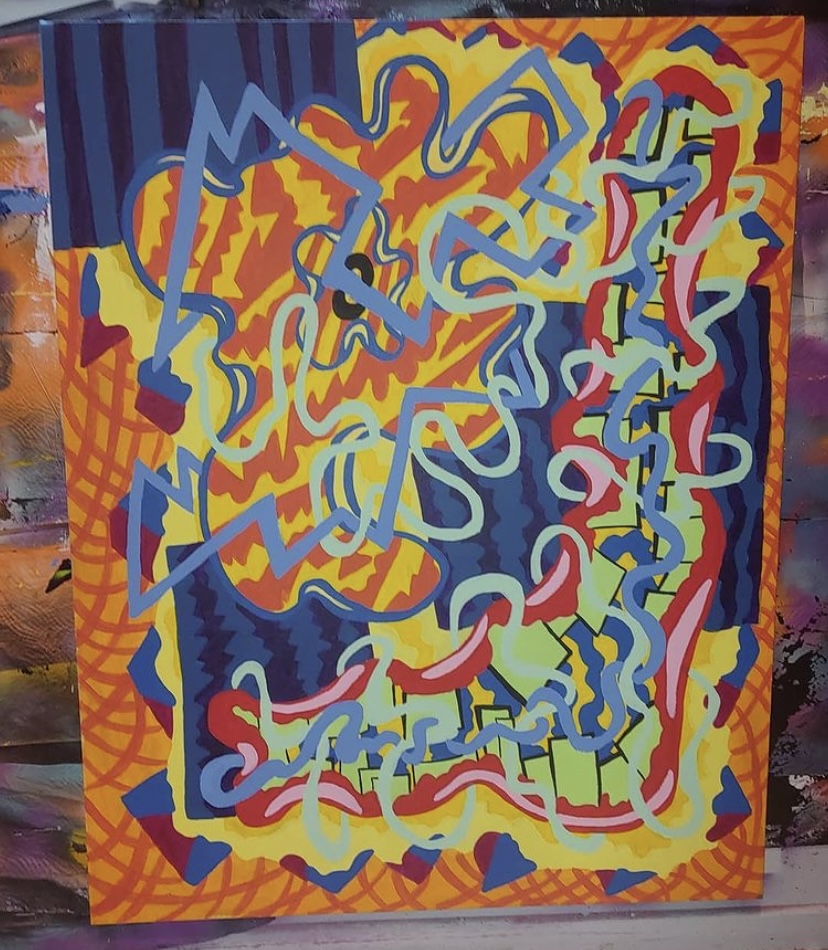 During the first lockdown back in March 2020, Nick Sommers, 19, was bored at home and wanted to distract himself from the pandemic. He found his distraction in creating art.

“I genuinely felt lost, and as if I needed an outlet to throw myself into. So, I literally just went to the art supply store, bought some small canvases and cheap oil and colour paints and never looked back,” says Sommers.

During the lockdown, Sommers learned how important it is to be comfortable alone, know your ambitions and be confident in following them.

“Because of the pandemic, it’s been tough not having the hands-on interactive experience where I can really browse and get inspired. But besides that it could be worse,” says Sommers.

Sommers does multiple types of paintings. He can do a combination of thought-out colourful shaded shapes and patterns, as well as photo collages from various media, such as magazines, newspapers, photo books or photos and random items he finds lying around in his apartment. Then, he sporadically paints, draws and sometimes writes words all over canvases until he is satisfied.

“My first love is skateboarding, and some of my favourite people are skaters who turned into painters, so I generally found my inspiration from that world,” says Sommers.

Since he began posting of his artwork on his social-media platforms, Sommers decided to create his own page and website to sell his creations. Throughout Ottawa’s most recent stay-at-home order and now that the world is opening up again, Sommers is still creating art.

“Although the inspiration is stemming from a different place since I’m not out in the world exploring, it’s given me the opportunity to sink myself into my paintings a lot more,” says Sommers.

“My first piece of art was this tiny square canvas with colourful scratchy shapes and black outline. It’s absolutely hideous but I was so proud at the time.”

Sommers plans to take the entrepreneurship program at Algonquin College in the fall and hopes to eventually open up his own art gallery.

“Ever since I popped my head into the art world I’ve been interested in having space. I want all sorts of artists to have a platform and space to show in even their most ambitious of ways.”

Sommers’ artwork is unique and depends on the work he is doing. “Sometimes I feel as if I’m yelling, kicking and screaming onto my work just to get it out, and sometimes I feel pure feelings of unexplainable content as I’m painting away my night,” says Sommers. He believes he will always be putting artwork into the world, whatever it may be, and showcasing other artists in the gallery he hopes to open one day.

“I think it is very important to carry on, and support artists who have touched and influenced you, because whether it be conscious or subconscious, they are part of the reason you do what you do,” says Sommers.