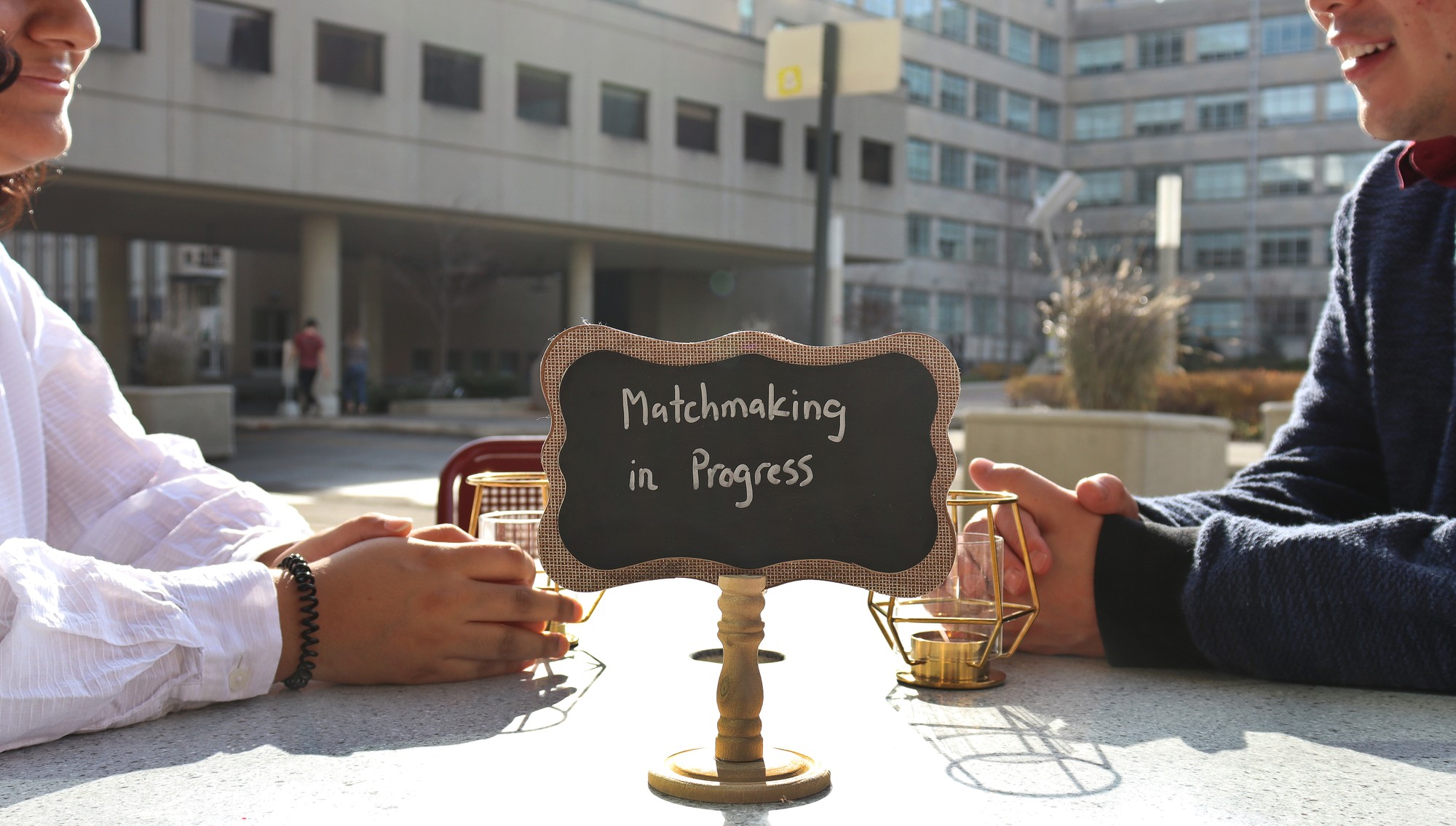 Meeting people in this day and age can be a difficult endeavour, Anchal Sharma & Alexander Harris are thankful for finding each other.
Photo by: Zainab Al-Mehdar

A little part of us wishes our next trip to the grocery store will be the one where we bump into the love of our life and recreate every rom-com we have ever watched with Matthew McConaughey.

Although it may not sound romantic, in the Middle East (most often) your fairy tale prince can be found through a middle-aged auntie who has dedicated her life to set people up with the intention of marriage.

“I don’t like to take a specific path,” says Ghofran Elsayed, a chemical engineering student at the University of Ottawa. “I don’t have a specific preference on the way that I will meet someone, as long as the person I get to meet is somebody I want to end up with. It’s the end result that matters to me the most.”

Marriage is never clear-cut, finding love can mean different things in every culture.

In Arab culture, it is common for people to be set up with the intention of marriage. It’s a process that is consensual and, contrary to popular belief, it is not forced.

“There is always this idea that we don’t have enough space to make the decision,” said Elsayed– a common misconception.

The issue is popular culture takes certain ethnic practices out of context, which paints them in a certain light and then ostracizes people for following traditions.

A local matchmaker, who wishes to remain anonymous due to her line of work, says her services has grown in popularity since the pandemic.

While it’s common, people still resort to matchmaking as a last option.

With an intention to appeal to millennials and the demographic who use online platforms, a UK-based Muslim matchmaking app–Ameli–was co-created out of a need to create better experiences for people who wanted a less traditional route.

“We are trying to change that mentality around, look if you are on an app that means you’re desperate, because that’s not what it is,” says Sohaib Imtiaz, co-founder of the app Ameli. “It’s essentially just putting that same personality that exists in the physical world into [the] digital world.”

During the pandemic, the co-founders Imtiaz and Hannan Imran saw a demand for a platform that was data-driven to help folks find a good match.

“People feel it’s embarrassing to come out and say that I am at a point in my life where I want to meet someone,” says Elsayed. “It’s okay to seek someone and tell them do you know anybody. They need to stop thinking that it’s like a weakness or that I’m desperate.”

Whether you find your partner on an app, through a matchmaker or at the grocery store, the end goal is what matters. Look for love, respect, compatibility and not just the story.