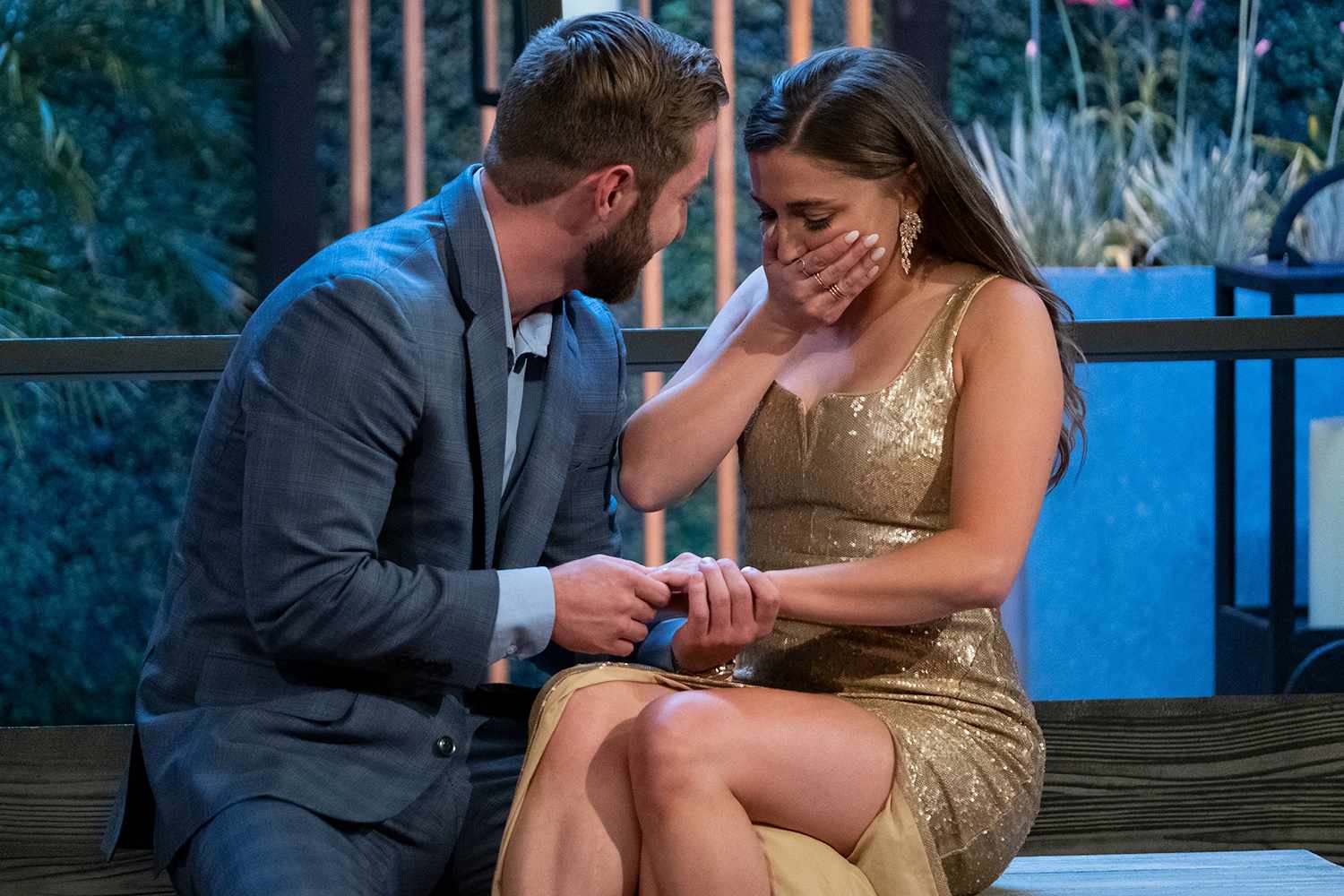 A still from Love is Blind, Season 3, of Colleen Reed and Matt Bolton, who fell in love before seeing each other.
Photo by: Netflix/Kinetic Content

Coming into its third season, Love is Blind was already a Netflix sensation. A social experiment testing if couples who meet, connect and get engaged based only on an emotional connection can stand the test of time and actually get married once the external factors of physical appearance, family, friends and temptation are added to the mix.

The show begins in the pods, two-sided rooms with wall dividers down the middle, where the couples talk, date and get to know each other sight unseen. As the days go on, the dates get narrowed down to the few people who made connections and then to the couples that choose to get married and move on to the next step of the show: the honeymoon.

Once the couples are engaged, they get to see each other for the first time and spend a week at a resort continuing to get to know one another. During this time, they meet and mingle with the other engaged couples and discuss their time in the pods with one another. This is where the drama begins to unfold. The couples this season were all closely intertwined in the pods, with multiple of them having come close to proposing to contestants other than their fiancé.

The honeymoon environment is always filled with tension following the pods, with everyone having to adjust to seeing the people they were talking to in person rather than hearing their voice behind a wall, as well as the way they’re shown to have alcohol at every opportunity, which leads to rash and impulsive decision making.

This season saw five couples engaged and moving on to the honeymoon stage: All were confident coming out of the pods that their emotional connection would stand the test of time – it did not take long for that to be tested.

This season was much more engaging than previous seasons were. There was a higher focus on the problems each couple ran into instead of the romance they built in the pods. Each episode was fast-paced, left lots of questions, and room for conversation among the viewers about who was “right” or “wrong” in many of the arguments that ensued during the show.

While these contestants had two seasons of the show available to watch and understand how the experiment worked, the show created higher stakes than in the last two seasons. The disagreements between the couples were more intense and more frequent, and their families got more involved than they had the previous two seasons, which only added to the drama.

The conflict of different personalities, cultures, and moralities were a lot more obvious this season, which brought a whole new side of the show to life where the couples had more hurdles to overcome throughout the duration of their engagement.

Overall, this season was much more gripping than the last two. The way the editors put together the clips really highlighted the struggles, mistakes and tensions that everyone was feeling and left a lot of the more romantic side vague, once they were out of the pods, so that the final “I do” or “I do not” was a surprise to the viewer.

The focus on the way “real life” affected the couples was a welcome surprise, and it really brought out discussion for the viewer about whether or not this experiment would work for any of these couples.

This season also drew in the viewer by taking advantage of moments when the contestants thought they weren’t being filmed or thought it would be cut out, such as at the beginning of episode 3 when one of the contestants was interviewed about his proposal being turned down. He thought he could prepare himself without being watched and took out a bottle of eyedrops to fake tears during the interview about how much he was hurt.

Overall, this season was gripping, engaging, dramatic and exciting. It kept viewers guessing until the very last moment.