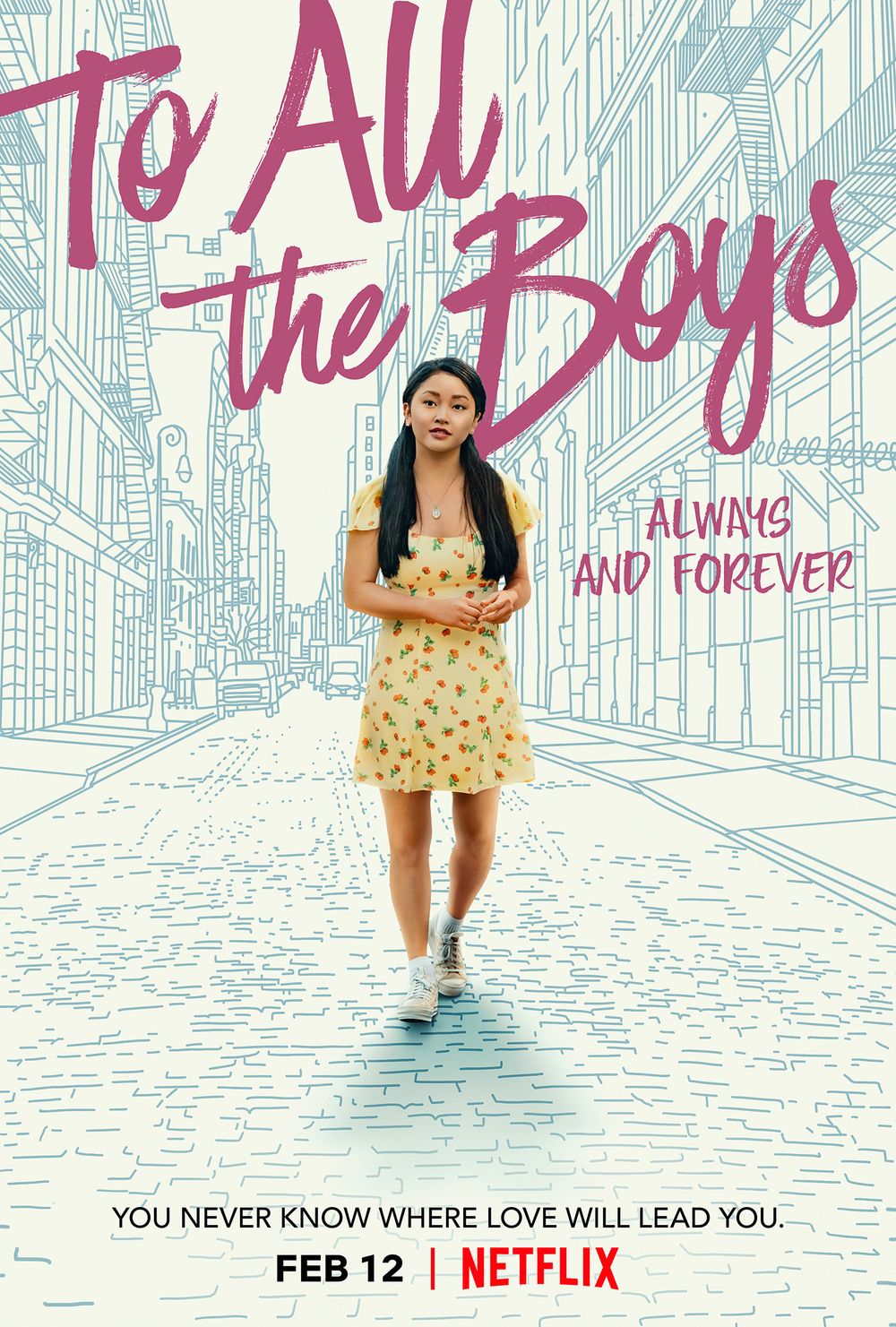 To All the Boys: Always and Forever was released on Netflix Feb. 12, closing the movie trilogy
Photo by: Moviebuff.com

Although the season of love has come and gone, there is never a bad time to watch a cheesy romance movie. This year you can skip rewatching the same films you always do and put on a new one.

On Feb. 12, Netflix brought us the third installment of the To All The Boys I’ve Loved Before series, based on books by Jenny Han.

Out of the recent era of Netflix romance movies, it’s a series worth watching. The movies cater to today’s teens, but can easily be enjoyed by anyone.

The films are full of references to classic movies like Sixteen Candles, Fight Club and Say Anything. Combining the familiar plot of high school movies about friendships, romance and heartbreak with the nostalgic references created a binge-worthy series.

The original film, To All The Boys I’ve Loved Before, came out in 2018 starring Lana Condor as Lara Jean Covey and Noah Centineo as Peter Kavinsky and quickly became a new favourite among rom-com lovers. After the success, Netflix released its sequel, To All The Boys: P.S. I Still Love You, in 2020.

To All The Boys: Always and Forever is a refreshing change as there is more focus on Lara Jean and what she wants for herself as opposed to the boys she may, or may not, be in love with.

She is faced with having to decide where to go to college and wonders if she chooses to move away from Peter, will their relationship survive.

The couple is faced with their fair share of ups and downs throughout the franchise. Viewers watched their love develop from a ploy to get Peter back with his ex, to figuring out if they could make long distance would work.

In the first movie, Lara Jean’s secret love letters get sent out, with Peter being one of five recipients. Throughout the movie, viewers watched as the two developed feelings for each other but wouldn’t admit it.

As it ended, the two were officially dating and continued to as the second movie started. To All The Boys: P.S. I Still Love You, introduced a new love interest for Lara Jean, John Ambrose, another recipient of her love letters.

This threw her into questioning if Peter was right for her or if she was falling in love with John, played by Jordan Fisher. In the end, she trusts her instincts and stays with Peter.

In the final film, Lara Jean is thinking of her future and if she is willing to sacrifice her love by making the right decision to move away for college. The slight change in the plot’s direction allows viewers to see Lara Jean as separate from Peter. Getting to see Lara Jean this way while wrapping up the series leaves viewers with hope that everything will work out as she grows and becomes more independent.

The series comes to a close with To All The Boys: Always and Forever. But the hit teenage rom-coms won’t be leaving Netflix any time soon so you can watch, and re-watch, as much as you want.