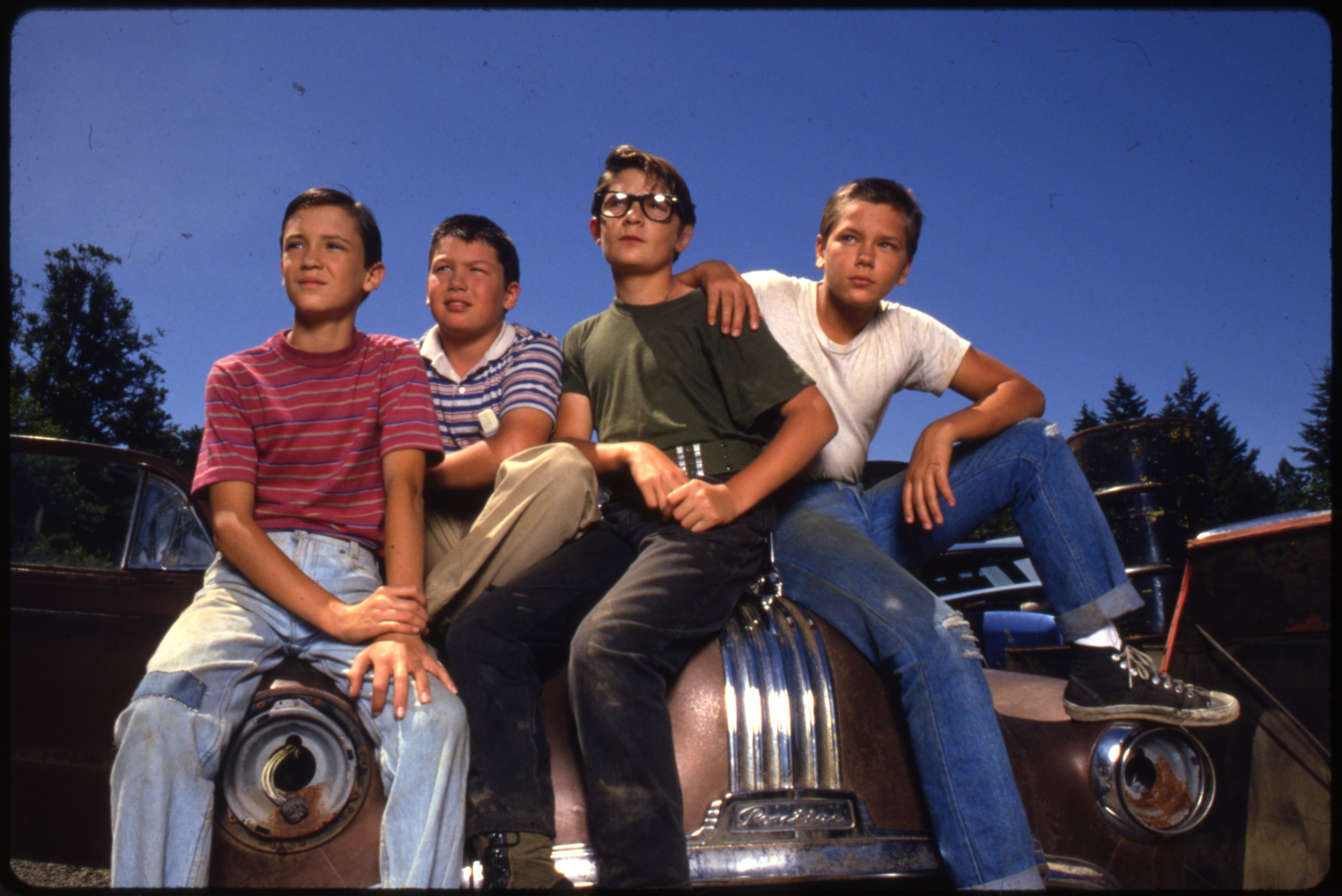 Main characters Gordie Lachance, Vern Tessio, Teddy Duchamp and Chris Chambers on the set of Stand By Me.
Photo by: IMDb Images

I cannot tell you the exact number of times I have watched Stand By Me, but what I can say is: This movie never lets me down.

If you are reading this review thinking it is about a superhero movie or anything other than a 1986 film of friendship, suspense and many laughs, proceed with caution and an open mind.

Amidst excitement and occasional chaos, a group of 12-year-old boys, Gordie Lachance, Christopher Chambers, Teddy Duchamp and Vern Tessio set out from Castle Rock to find the missing Ray Brower, a kid of similar age who was known to have gone out blueberry picking and never made his way back.

Stand By Me is based on the 1982 novella The Body by Stephen King, who is better known for his horror fiction.

The film places the viewer as the fifth member in a friend group that actively explores their youth with “ultimate train dodges” or funny fireside stories told by Lachance.

The late River Phoenix is Chambers and Will Wheaton is Lachance, the narrator at the beginning and end of the film.

While some people outgrow their favourite childhood movie, my love and appreciation for Stand By Me have only become stronger. Stand By Me survives the test of time. A young writer who is best friends with a known thief? Genius. A secret knock to get into a treehouse that Vern is known to forget? Hilarious. A dog that has learned very specific commands, like “Chopper, Sic Balls” in a yard that should not be accessed by the public? Unheard of, yet significant to the film.

On their shared journey in search of the missing boy, swimming through ponds of leeches, spending nights in a forest huddled around a fire for warmth and being held at gunpoint, they learn how precious life is. Eventually, each boy says their goodbyes and prepares for the days ahead leading up to junior high.

Lachance completes the movie with a beautiful monologue: “I never had friends later on like the ones I had when I was 12. Jesus, does anyone?” Lachance did end up writing about his friends and the trip they took together, something he had talked about in a joking manner many years earlier..

I know what people mean when they talk about their “comfort film.” Stand By Me is my movie of choice for every season and every holiday. No one asks me what I want to watch anymore because, well, it should be obvious by now.

Thank you Stand By Me for filling so many hours of my childhood, guiding me through life and showing me how great life can be with a friend group of similar standards. I, too, since first watching the film, have found my group.

A movie I watched for the first time when I was 11 and has followed me into my twenties, will without a doubt remain my all-time favourite.