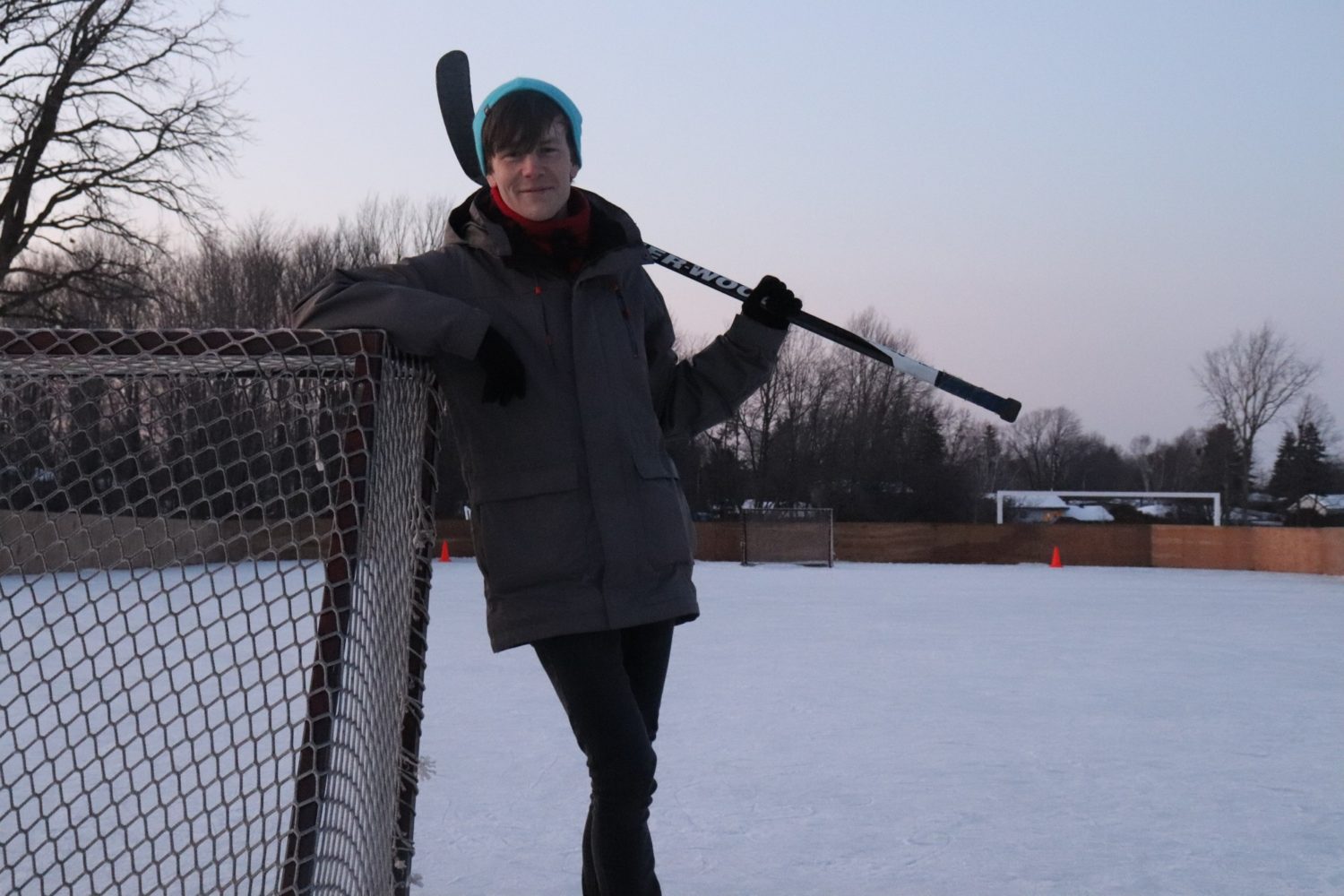 Hockey: a staple of Canadian culture for people of all ages. Some play for the competition, some just want to enjoy the sport and hang out with friends. No matter the reason, everyone’s got to start somewhere, and outdoor rinks are the perfect place for all kinds of play.

Brett Hare-Winder, a Carleton University environmental science alum, has been lacing up since he was only four years old. He recalls waking up at the break of dawn on cold Sunday mornings to shoot the puck with his father and their friends at their local outdoor rink, or ODR as the community calls them.

“We would go to the local outdoor rink really early in the morning, before anyone else showed up, and we play for about an hour,” Hare-Winder says. “Eventually people from the community would show up. We’d play a bit longer and then we’d go head out and have breakfast or something.”

Now 28, Hare-Winder plays in an adult league in an indoor rink. While he still gets to enjoy playing the sport, it comes with downsides that ODRs do not.

“At the beginning of the season, your team has to pay for the 20-some games that you get to play. It’s expensive; I think that each player pays about $400 or $500.”

The fee not only includes rink rentals, but also a referee and any equipment that is needed by the players. Such services aren’t free, but some players are just not able to pay to play and turning up to an ODR is a free alternative.

“And not all rinks are nearby. With an outdoor rink, you just walk five minutes down the road, and usually there’s people already there playing, and you just join in,” Hare-Winder says.

Joining in to a spontaneous game is also another perk of ODR hockey. He also notes that the nature of the game transforms when taken outdoors.

“Hockey indoors, usually it’s very competitive. You can’t really make mistakes or it reflects poorly on you,” he says. “At an outdoor rink you can have kids who are seven playing on the same team as teenagers and adults.”

With 270 registered rinks in the city of Ottawa, there’s bound to be one nearby. Most rinks are open to the public as weather permits, and do not require any previous knowledge of hockey to be used. Hare-Winder emphasizes that ODRs are perfect for anyone new to hockey, as well as veterans who just want a laid-back game.

“Everyone’s out there. They just want to skate. They want to pass the puck around, meet people. And it’s all just for fun.”