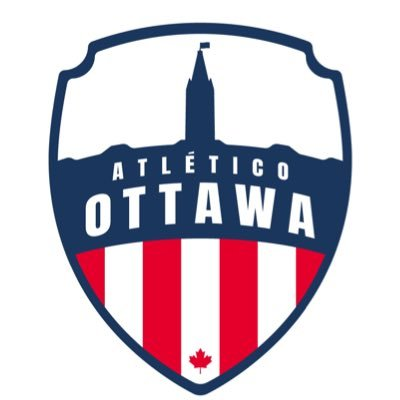 While Ottawa soccer fans were quite disappointed to see the Ottawa Fury disband last November, there’s lots to look forward to as a new Canadian Premier League team is coming to town this spring.

After going through the league’s first season with seven teams, Ottawa’s new team brings an eighth team to the CPL. The team has been purchased by famous Spanish soccer club, Club Atlético de Madrid.

The club made a formal announcement of the news at TD Place on Feb. 11, with Mayor Jim Watson, the CPL commissioner, Atlético executives and businessman Jeff Hunt in attendance.

During the announcement, it was revealed that the team will be named Atlético Ottawa. During the event, Atlético CEO Miguel Ángel Gil Marín was asked why the franchise chose Ottawa as a destination to invest.

Marín answered, “Because your country is amazing.”

Hunt, an owner and partner for the Ottawa Redblacks and Ottawa 67s, will be serving as the club’s strategical partner as they play their home games at the Fury’s old stomping grounds: TD Place.

The Fury, while playing in the less-known United Soccer League, were known to bring out a rowdy atmosphere from Ottawa soccer fans.

Nelson Mahmoudi is a part of Canada’s growing CPL fanbase, and he is a fan and past-season ticket holder for CPL club York9. Despite his GTA allegiances, the second-year University of Ottawa student knows all about the energy of a professional soccer atmosphere in Ottawa.

“Each game that I did attend was so fun, the atmosphere they created at TD Place for Ottawa Fury games was incredible.”

Mahmoudi is also an experienced referee for Ontario Soccer, and he is really optimistic about what this means for the growth of the sport in Ottawa.

“Ottawa has a great youth program with various clubs that I personally work with across the National Capital region,” Mahmoudi says. “Just (a CPL team) being there providing opportunities, not only to skill players who play at the CPL level, but also to the younger ones.”

According to Mahmoudi, York9 has been known to do outreach programs in Toronto with the goal of developing youth soccer.

In Ottawa, soccer fan clubs such as the Bytown Boys Supporters Club and Stony Monday Riot keep an active presence online and at past (and future) games and events.

Glue reached out to the Bytown Boys, and according to the groups representatives, they have supported Ottawa soccer since 2011.

“We have a core of 20 to 30 members who are regularly active in game day activities, our meetings, and social media chat, with another 20 to 30 that are less involved and join us at some games.”

It has yet to be announced when the first regular season game will be, but nevertheless there is a small but growing faction of Ottawa soccer supporters that are thrilled to have the sport back.

Ottawa soccer fans looking to support the new CPL club can put a $50 season deposit down and become a founding member with early access to season tickets.