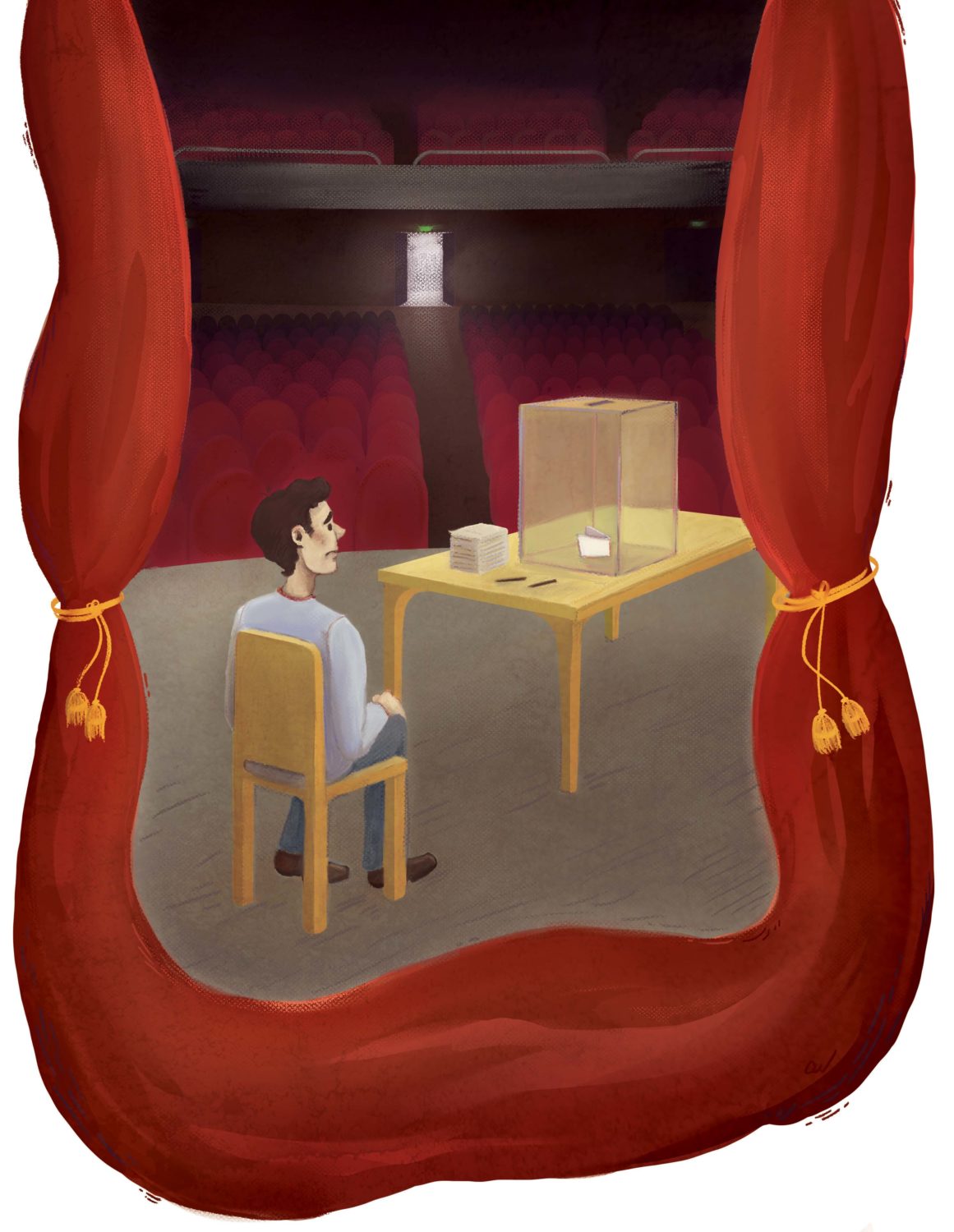 Ah yes, the age-old issue of how to create a culture where eligible voters show up and vote. This challenge is a familiar one for student governments in Ottawa.

In 2019, Algonquin College, the University of Ottawa and Carleton University all saw student-voter turnout rates below 28 per cent at their student association elections. This disengagement from students has cascaded further, as uncontested election races have become all too common.

Ben King, a first-year chemical engineering master’s student at uOttawa had a unique perspective during last year’s student election process, and he can attest to the level of this challenge.

“I think the fact that students aren’t getting more involved to try to shape the new union and their vision is a little disturbing,” says King. “The lack of involvement and the apathy will just let similar people who might have not been great execs in the past, or people of that ilk, run again.”

King served on the board of administration with the Student Federation of the University of Ottawa for their final year as an organization. The academic school year of 2018-19 was rocky for the university, as a report alleged financial mismanagement by members of the SFUO executive staff.

Following a referendum, which tossed out the SFUO and brought in the University of Ottawa Student Union, the general election brought 16 per cent of students out to vote.

Lizzie Gardner, a third-year psychology student at Carleton University, says not voting in student elections comes down to lacking time and information.

“I just didn’t take the time to look into it because I didn’t know exactly where to go and how accessible it was,” says Gardner. “I was focused on going to class.”

Gardner is part of the majority, as Carleton’s 2019 student association election brought 27.8 per cent of eligible students to the ballots.

“Imagine having a federal election where one party wins a super majority, and 15 per cent of the Canadian population votes,” says King, referring to the nature of uOttawa’s most recent election.

Zachary Robichaud is a political science and communications student at uOttawa who now sits on the UOSU board of directors as a social sciences representative. Having been engaged with the SFUO situation that dominated student politics last year, he sees a damaged trust of student movements as a cause of low turnouts.

“It goes back to the culture around student politics at U of O, because 17 per cent is the number we’ve been hovering around for quite some time,” says Robichaud. “There is either a mistrust, or people just don’t get informed on the issues and what’s going on as well.”

Algonquin College saw their online election for president go uncontested, while two vice-presidential candidates battled for the online votes of 8.7 per cent of 19,439 eligible voters.

Deijanelle Simon, now in her second year as president of the Student Association, believes part of the low turnout can be contributed to the timing of elections in the winter semester when many programs send students out to co-op placement.

According to those who are passionate about student politics, educating voters needs to start sooner. Robichaud sees his opportunity on the UOSU board as a chance to increase education and build trust. King sees things in a similar light.

“There will always be students that are too busy. In terms of engaging students to be more involved, you really need to start that from their first year,” says King. “There needs to be greater emphasis put on what is your student government, what it looks like and why it’s important that you vote.”