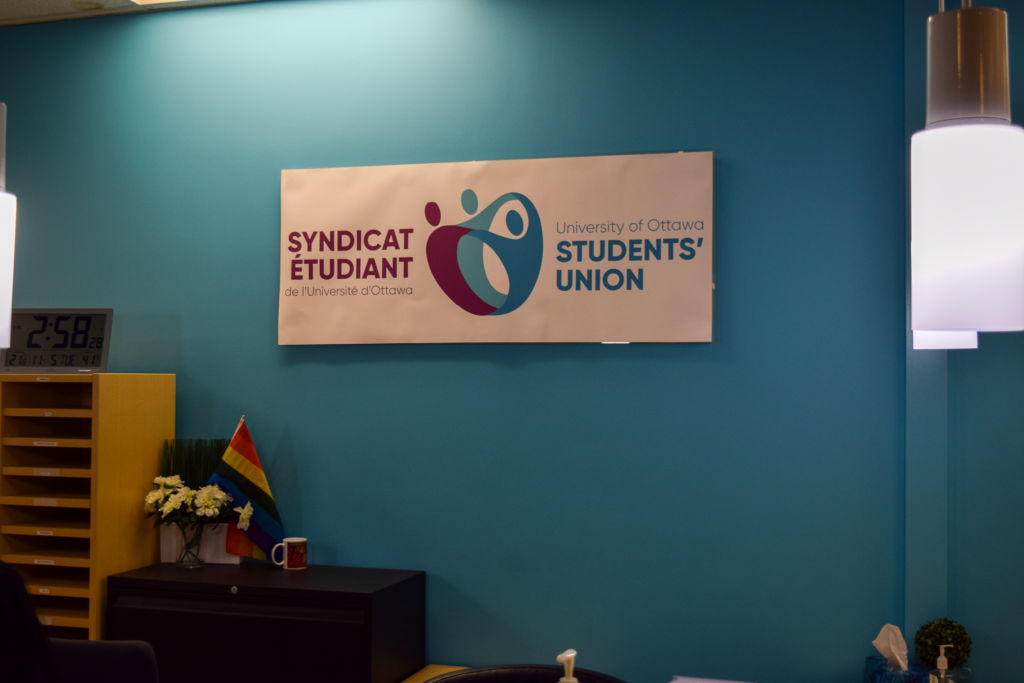 This action will come in the form of an equity code which, according to the student union’s equity commissioner Judy El-Mohtadi, will outline how to move forward on this issue. The code is set to be released at the Nov. 24 board meeting.

The group, University of Ottawa Students for Life, obtained approval from CampusVibez uOttawa, the overarching group that facilitates clubs registering for special pricing and benefits, on Oct. 8.

Conversation was sparked on Facebook when the club announced this news on Oct. 19 in their public Facebook group.

At the recent board meeting, El-Mohtadi put forth the pro-choice motion after she acknowledged they received over 40 emails from those who felt unsafe because of the potential for approval of an anti-abortion group on campus.

The motion was passed unanimously by the five executive commissioners, as well as the five faculty board members in attendance.

It reads, “I move for UOSU to be recognized as a pro-choice organization that stands for its students’ rights to bodily autonomy and reproductive justice.”

Bridget, who asked not to have her last name used, is a faculty of science student at uOttawa. She has been a leading voice in opposition to the Students for Life.

“This situation is not a ban on anti-abortion speech,” Bridget says. “No one’s freedom of speech is being impeached upon.

“What we specifically oppose is this group getting access to student resources and funds provided by the students in their tuition. Basically, this whole group’s point is to undermine the basic rights of half of the student population.”

Bridget reacted to the backlash to the club’s approval by creating a statement of solidarity supporting and encouraging definitive union action against the group getting “funding and/or support.” The statement now has over 400 signatures from various groups and individual students.

Garifalia Milousis is co-president for the Students for Life group, and she says the group is satisfied with UOSU’s decision not to ban the club or withhold approval up to this point. Milousis expects the details of the impending equity code to clarify what the union’s pro-choice stance implies for the club’s status.

“I think it’s good that they’re recognizing the vague nature of the motion,” Milousis says.

The union released a rough draft of the code during the meeting. It was the fifth section of the code draft that caught Milousis’ attention.

“UOSU may withhold recognition from an affiliated organization if the organization’s activities are, in the view of the Board of Directors and the General Assembly, likely: to have a substantially negative impact on a significant number of University of Ottawa students,” according to section 5.1.5 of the draft.

“What is “substantially harm”, what does that mean?” says Milousis. “Does me doing activism on campus mean doing substantial harm?”

Milousis is open to the concerns around women’s reproductive rights being threatened, but she resisted the idea that the group’s existence would threaten these rights.

“I hear that point and I understand it,” she says. “Our club doesn’t advocate for that kind of policy change, I would say everyone in the club would like to see that, but we’re not working towards that.”

Glue reached out to University of Ottawa students to hear different student views on the unfolding situation.

Linguistics student Emma Montero feels that the club is different from political groups because those groups “are associated with political preference rather than rooted in moral controversy.” Despite this view, she feels that because the club has received preliminary approval that it would be “unjust to the right of free speech among students” to withhold further approval.

Another uOttawa student, asked to be left anonymous, is against the idea of a pro-life club existing at all on campus, regardless of student union approval.

Bridget sees the union’s action up to this point as “a good first step.”

“It was the Board of Directors’ decision to take a pro-choice stance. We see that as taking the middle ground, because being pro-choice means you let everyone make their own decisions despite what you personally believe.”

All of this comes as one of uOttawa student government’s larger doses of controversy since the alleged financial mismanagement under the Student Federation of the University of Ottawa in 2018.