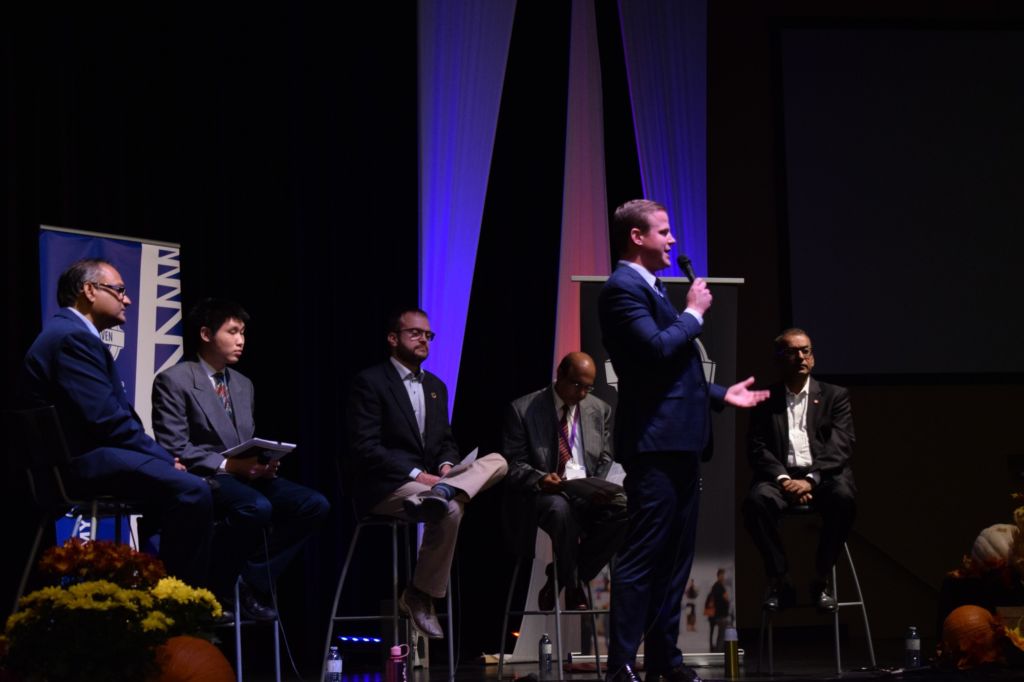 Climate change, taxes, traffic, public transportation and economic expansion were all at the forefront of the Nepean riding debate held at the Cedarview Alliance Church on Oct. 9.

Hosted by the Barrhaven Business Improvement Area – all candidates in contention were present.

Transportation and traffic buildup in the Nepean area is a subject that has loomed over the community for a long time, therefore sparking conversations about this issue.

“LRT is one of these things I will absolutely be fighting for,” said St. Louis.

Being a 19 -year-old student, Communist candidate Justin Wang mentioned it takes him one hour to travel from Barrhaven to uOttawa.

With the candidates speaking much about how people’s money is going to be spent, the topic of taxes came into play.

St. Louis said that the current Liberal MP failed to help smaller companies. He said he will do the opposite, making support of small businesses a top priority if he were to be selected as the Nepean MP.

Ansari spoke about the people needing a change of political scenery and that Nepean is the perfect place for him to work.

“We need a government who actually works for the people,” said Ansari.

While the Conservative and Liberal candidates focused on one another, PPC candidate Azim K. Hooda had other thoughts.

He described the LRT as not being up to standard and that Canadians should focus on new technology like that of a mechanical train, which he says “can go from Ottawa to Toronto in one and a half hours.”

“You are the future, not just students,” said Hooda. “What you do today is for the future. Don’t think (because) you are a student, you don’t have a voice. You are this country.”