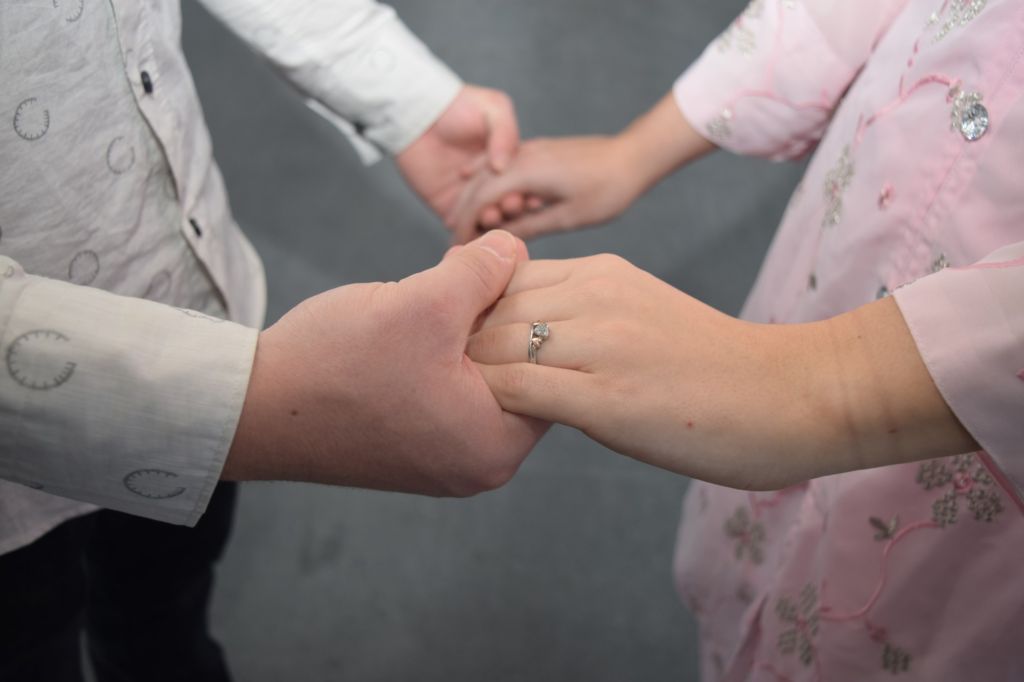 Ever since I can remember, I believed in love after marriage. It’s difficult for the mind to think any other way when one grows up in a family where arranged marriages are the norm and dating is non-existent.

Being raised in a Pakistani-Canadian household, I had to learn early that the general Canadian mindset towards relationships and marriage worked quite differently than marriage in my own culture. On one hand, I would watch my friends and classmates date for several years without ever mentioning marriage, and on the other hand, I witnessed single girls from my community sending wedding invitations a few months later.

This concept, which is perhaps odd and outdated, is still prevalent in South Asian and Middle Eastern communities, where children trust their parents to find them a partner, while they have the choice of refusing the proposal or agreeing with it. Although there are no clear figures on how many Canadians are currently in arranged marriages, according to a study done by Statistic Brain in 2018, 53.25 per cent of the world’s marriages are arranged. Still, as many young Canadians struggle to get their head around the concept of marriage in general – marriage rates have dropped by 4.7 per cent since 2001 according to 2016 Statistics Canada’s report – understanding how a traditional form of marriage like this works can be insightful.

“We have always grown up with the fact that what our parents are doing, they know best,” says a fourth-year Carleton student in commerce with a concentration in finance, who would like to go by the pseudonym Bushra. “They know how to guide us so whatever they say, that is what is best for you.”

Being Pakistani herself, a culture wherein arranged marriages occur very often, she expressed that she was always open to the concept. “It’s a norm,” Bushra says. “You don’t have separate views or strong views on a norm.”

She had always told her mom that if a proposal came her way, she would consider it. When the proposal for her husband came last May, her initial reaction was to refuse it. “I did not even know what year of university he was in, if he graduated, what he was studying, if he had a job, so he was that much of a stranger for me,” she reveals.

One night, Bushra was very nervous about the entire situation. Her heart was racing so fast to the point that she had difficulty breathing. Through prayer, she asked God to calm down her heart if this proposal was right for her. Immediately after making her prayer, her heartbeat went back to normal.

She “took that as a sign” and then she accepted the proposal. This past July, Bushra and her husband got married in Sri Lanka and the undergraduate is now in the process of sponsoring him from Pakistan. She is a Muslim and much like other religions, Islam does not support premarital sex. For this reason, she agreed that it makes sense to have an arranged marriage.

For her, the only downside at the moment is the long-distance relationship as she patiently waits for her husband to come to Canada. Otherwise, Bushra is very content and claims that her experience has been good.

A master’s student in the human kinetics program at the University of Ottawa who would like to be called Sarah, cannot say the same about her own experience. “It could be a good thing for a lot of people but for me personally, from my own experiences, I don’t like it,” she says.

She got engaged to her fiancé, who is now her ex, back in September 2016. His mother was a family friend and approached her and the couple got engaged after two months of talking on Facebook. “Arranged marriage is like Match.com, where basically parents are like Tinder,” explains Sarah.

She added that the concept still exists because families want to stay within their own circle. People from her church have told her that they are going to church simply because they want their children to grow up with people of similar values and mentality. “You want to make sure you are securing a future for your children,” she says.

Due to family interference and incompatible views, the wedding was called off in April 2018, approximately a year and a half after getting engaged. Although an arranged marriage is now out of the question, she considered it as her only option in the past. “I wasn’t considering anything other than ‘dad is going bring me somebody and I am going to fall in love with him’,” she admits.

Her parents had always guarded her, she had a curfew and the undergraduate student was heavily focused on her studies to the point that she did not have a social life. But things have changed as Sarah is now open to dating and believes that love exists before marriage.

“I’m not going to set anyone against a category,” she reveals.

Aisha, who would like keep her real name private, disagrees with the concept of arranged marriage as well. She is a graduate from the University of Ottawa with a master of public and international affairs, and is now in the process of entering an arranged marriage.

Although she has agreed to go through with it, she has objections on the way it works. “I think the concept of your family finding a partner for you is kind of outdated,” she states. “They are also looking for what best fits into the family, into the dynamic, and that may not necessarily be the same person for you.”

The graduate explained that some individuals from the Pakistani-Canadian generation have cultural identity problems and that their parents may not entirely know of their children’s real views. “We need to have a better system,” Aisha admits in regards to her statement of the concept being outdated.

Within the culture and the Islamic religion, men and women don’t mingle which makes it difficult for an individual to seek out a partner for themselves within her community in particular the line between religion and culture is blurred. “We are often told we cannot mix with the opposite sex but we go to work with men, we go to school with men, and our guards are mostly up with Muslims and brown men,” Aisha says. She believes that something needs to change because at the end of the day, “we have to go marry a Muslim man.”

“The reason why arranged marriages last longer is because I think a lot of people compromise and decide this is it,” she reveals. “With arranged marriages, you also have a lot of third parties involved like your parents, the guy’s parents who are mediating between the couple and offering counselling.”

Her number one advice for those choosing to go through with an arranged marriage, like herself, is patience and communication.

“It’s easy to say communication is key but communicating is very hard. It’s very hard to open up to somebody, to be vulnerable in front of somebody, to accept somebody else’s help when you may not know them as much,” explains Aisha.

This system which has been passed down from my ancestors to my grandparents, to my parents and now to me, is an integral part of my South Asian culture and the most convenient route for marriage within the Islamic religion. But as times are changing and more and more individuals are choosing love over religion or culture, I would personally like to see a progressive version of this concept which would create an environment that would allow individuals to fall in love before marriage.