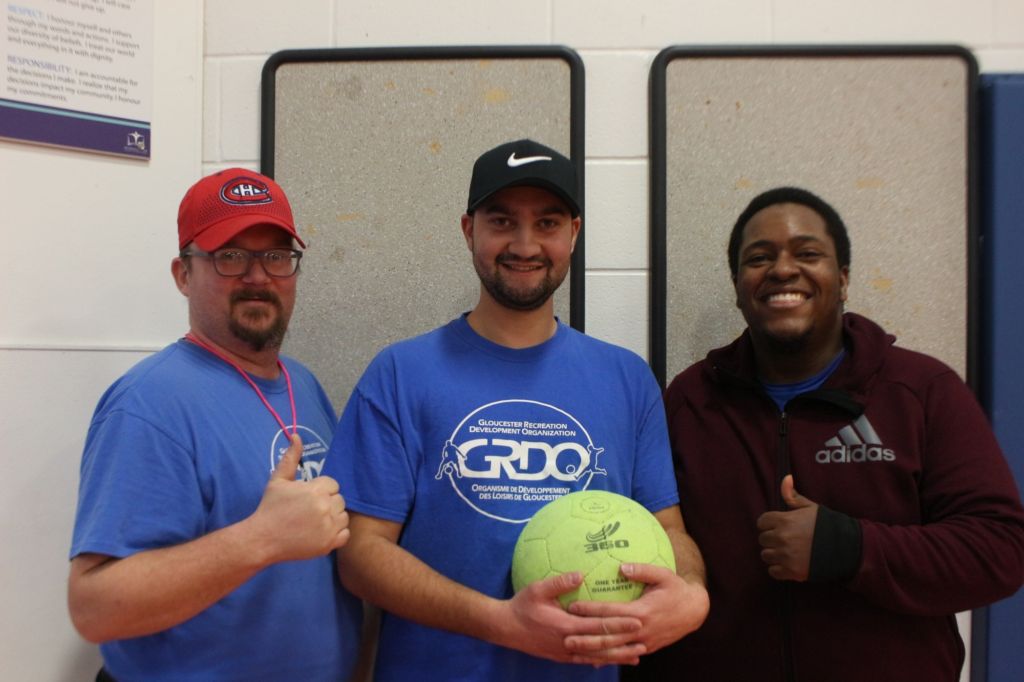 Rubber soles squeak on a wooden gym floor in a suburb of eastern Ottawa, kids laugh and shout happily as they dribble soccer balls back and forth to each other. They’re working on improving their ball control. The coaches on the side-lines are smiling and offering words of encouragement.

This is a clear example of sport bringing together different communities in Ottawa. Sarmad Al-Biladi, a 2016 graduate of the Algonquin business program, is the man in charge of making the Gloucester Recreation Development Organization run smoothly.

“At least once a week, [the children] have something to look forward to and it keeps them occupied,” says Al-Biladi. “Especially for a lot of the younger kids, it’s good for them because they are getting to experience different sports.”

GRDO started a little over 25 years ago as a pilot project. They wanted to see if there was a need for an affordable sports program for families who can’t afford the higher costs of organized sports. However the program is aimed for all children.

Since then, the City of Ottawa has funded GRDO with annual contributions of $60,000. The total operating budget for GRDO is between $100 and $130,000. Al-Biladi takes the responsibility seriously of allocating the money effectively so that the children receive most of the benefits.

Al-Biladi’s business diploma comes in handy with managing all of his responsibilities. But he attributes his success to the fact that he started out in GRDO as a seven-year-old learning to play sports. He then started volunteering and getting paid coaching positions which led to a supervisor position.

Now his current position is director of operations. His experiences have helped him understand how to better manage the money, the families and their children, the community investors and the volunteers.

GRDO couldn’t function without its volunteers who come from many different areas. There are the people who are too old for the sports programs who then do the leadership program and then start volunteering. They also receive volunteers from the University of Ottawa’s Michaelle Jean Centre for Global and Community Engagement. They have an agreement with GRDO that allows their students to do their course required volunteer hours. And of course parents, like coach Pierre Villeneuve.

Villeneuve, a volunteer of the year award recipient, got involved about three years ago when his son decided to play soccer. He saw how much his son grew in the program. He also noticed how patient the volunteers and coaches were with his son which helped his son become less shy and learn new skills.

Now Villeneuve has a paid position with the organization.

“When I saw his team win second place that year,” says Villeneuve, “and the way his face, how his emotions were, it drove me over the top to keep on going.”

A new session of programs starts soon. For children aged 4 – 8, it’s Jammin’ Juniors, an introduction to a variety of sports. For children aged 9 – 14, it’s volleyball. GRDO holds a tournament at the end of each session and the next one is March 2. All seven communities come together and play sports for fun, and enjoy some pizza and maybe, if they’re lucky, win a trophy.