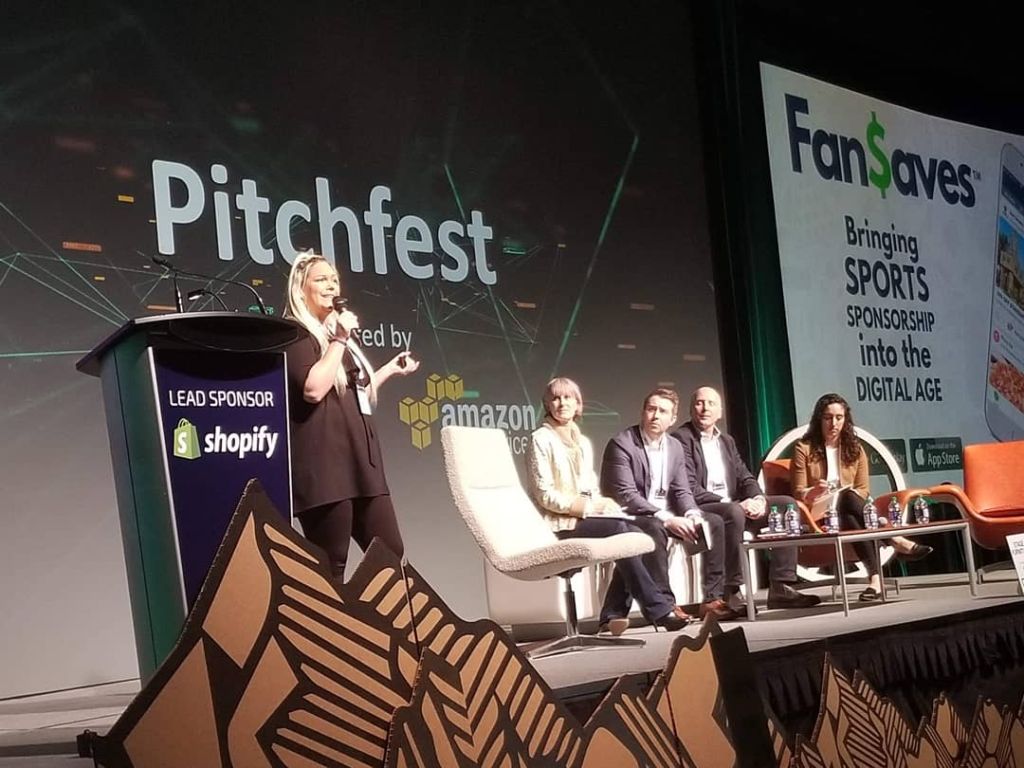 During the summer of 2017, sports marketing professionals Shannon Ferguson and Kris McCarthy were selling sponsorships for professional minor league hockey teams in Cornwall and Watertown, NY, when a lightbulb went off in their minds.

“We kept hearing businesses say they didn’t want the traditional forms of advertising that we had offered,” says McCarthy, 30, co-founder and COO of FanSaves.” They wanted digital and that’s when we kind of got the lightbulb moment.”

FanSaves was incorporated in December of 2017 and launched the first version of their app a couple months later, in February 2018.

“FanSaves is a [free] app that gives sports fans discounts and deals from the sponsors of their favourite teams,” says Ferguson, 33, co-founder and CEO of FanSaves. “So it’s really meant to help sports teams increase their sponsorship sales and it gives sponsors a way to track all the data and the redemptions of all the people coming into their stores.”

Ferguson says the app is also meant to drive fan engagement for sponsors. They want fans not only to save money, but to support their favourite teams as well.

“We both love sports, we both have experience working in sports and we are both so excited to be able to not just work with one sports team, but really help a whole bunch of sports teams at the same time,” she says.

Ferguson explains that in 2018 the business was very focused on re-developing their app, but this year they are focusing on helping teams from all over the Ottawa region. Locations include Cornwall, Arnprior, Kanata, Smithfalls and Kemptville.

“What we do is license FanSaves directly to the sports teams and then they’re able to use FanSaves as a tool as a part of their sponsorship packages,” she explains.

Ferguson says they can sell it alongside that or on its own to help them sell more sponsorships.

Kris McCarthy explains that in five years they aim to go global. He says they want to be a part of every professional working sponsorship package. They want to be like a tool that sells more sponsorships and helps out more teams.

“We hear all the time that a lot of time the investors invest in the people and the founders sometimes more so than the product,” says Ferguson.

McCarthy and Ferguson have a blog called Living the Startup which focuses on their experience as entrepreneurs.

“It’s less branded about FanSaves and more about the rollercoaster of being an entrepreneur and letting people know it is tough but it’s really rewarding,” she says. “Sharing our journey has helped a lot of people relate to us and be able to follow us and kind of be loyal to FanSaves but [also] develop a loyalty to us as entrepreneurs.”

Both with backgrounds in marketing and communications, the couple hope to continue to thrive and reach an even larger audience as 2019 continues.