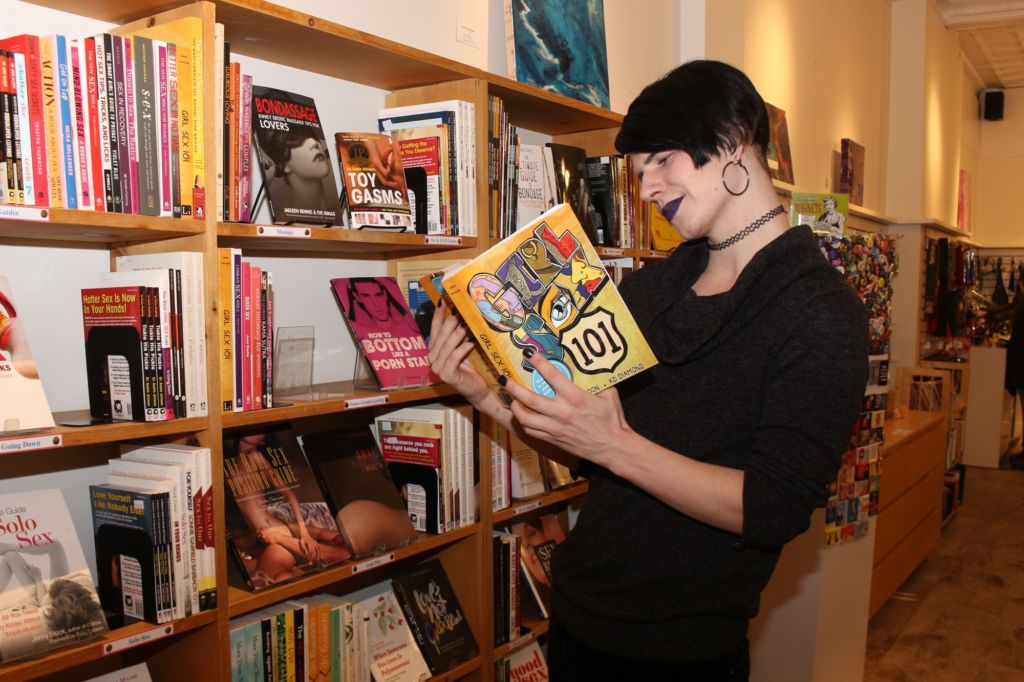 “It’s actually really important,” says Sue McGarvie, a clinical sex therapist. “Not just because it feels good, not just because it lowers your blood pressure but it’s that self-awareness. It’s really hard to tell somebody what you want when you haven’t played with it first.”

McGarvie has been a therapist for over 22 years and is known for her “Sex with Sue” show, which aired on Ottawa radio for 13 years. She is well-known for her extensive sexual knowledge and her bubbly personality that makes it easy to talk about a subject that can be awkward for the average person to delve into in a truly intimate way.

Venus Envy, a store located on Bank Street, is a great place to start and if you’re a student, they offer a 10 per cent discount on toys with a valid student ID.

“[For] guys, there’s a whole wall of sex toys that are all sizes and shapes and colours,” says McGarvie. “They are really a tube and a hole so there can be a challenge in keeping them clean. You want to go cheap.”

Pleasures and Treasures is another store that offers a 10 per cent discount to students with valid ID. They have two stores, one located on Merivale and another downtown. They are a more typical sex store and carry that large display of masturbators for men that McGarvie is referring to.

“I noticed, at least with younger guys, they don’t like the ones that look too realistic,” says Emily Stevenson, manager at the Merivale location.

Stevenson recommended the Climax Gems collection because they’re great. “They don’t look like anything and they feel the same,” she says.

McGarvie recommends if it is your first time visiting a sex store, to choose a store where the employees don’t push you to buy expensive toys but are supportive and willing to listen and answer your questions.

She cautions that many stores have huge mark-ups on their merchandise. “I’ve been to one sex store and I checked between what was online and what their prices were,” says McGarvie. “It was a $70 difference (for the) exact same product.”

McGarvie recommends www.pinkcherry.ca, partially because they are Canadian and located in Toronto so delivery to Ottawa is really quick.

The benefits of a brick and mortar store is you can ask questions and touch the merchandise. Venus Envy sets up their store to feel inviting and fun. They have testers on display of all the toys they offer so you can turn them on and see what you think before buying.

“The biggest thing about coming into stores is it’s hard not to be shy, ” says Stevenson, “but don’t be. Talk to the person who is working there. Trust me, we have heard it all and we don’t judge you.”