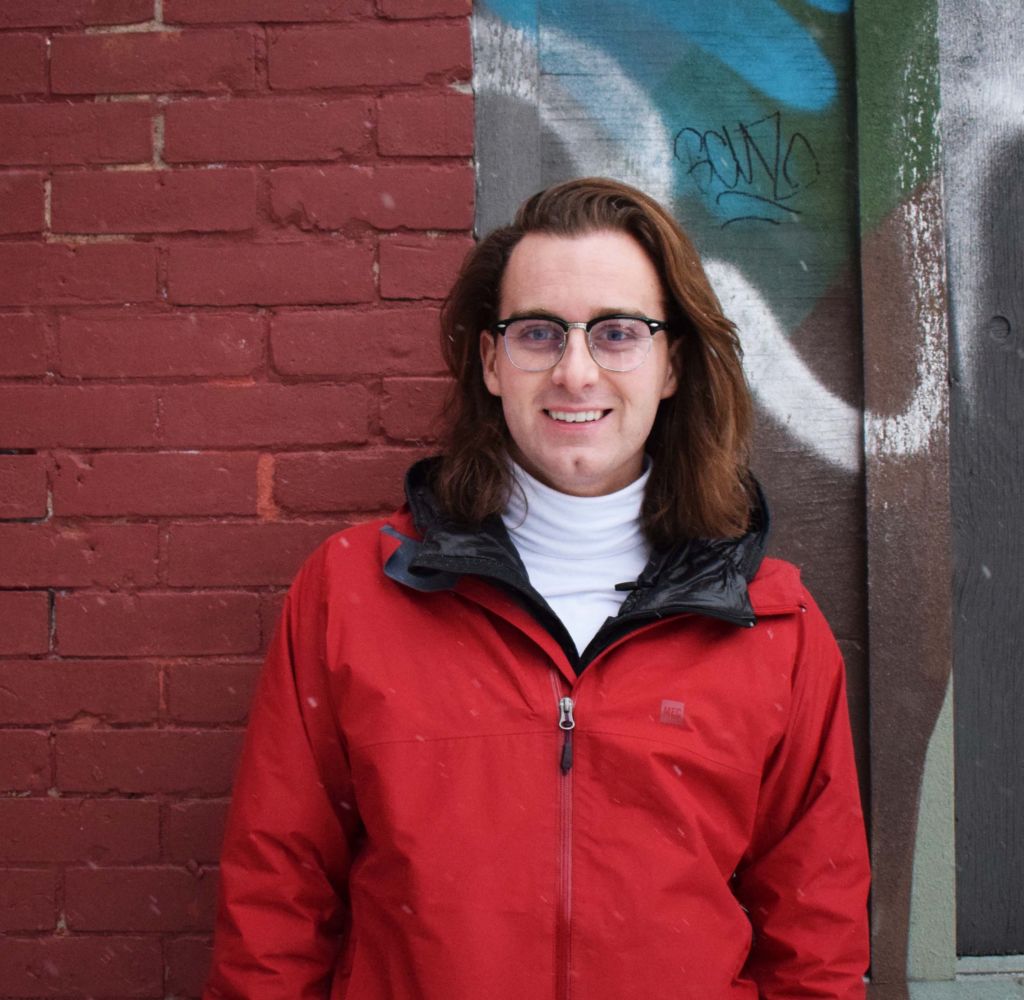 Every year when we change our calendars many of us feel like we need to make changes as well. We say we will lose weight, budget better, exercise and eat more vegetables. But do we really mean it? Or does it make us feel good just to say it? Maybe it’s become the status quo and we feel like we have to make a New Year’s resolution, otherwise, are we really doing the whole life thing right?

“It’s almost socially unacceptable to not have something to work on in the new year,” Flint said. “You want people to know that you’re making an effort.”

Peter Norman tends to agree. “Most new year’s resolutions are completely delusional,” Norman says, a coach and counsellor at ADB Group specializing in helping individuals and organizations make change in measurable ways. He believes that most New Year’s resolutions are far too aggressive and are designed to fail — people just want to say they tried.

Apparently, no one was listening when Yoda, the Star Wars legend, told Luke, “Do. or do not. There is no try.”

So, what about the people who actually want to create change in their lives? The people flooding into the gyms during the first week of January, determined to fit into their favourite pair of pants again. Why are we all waiting until the first of January to start improving ourselves? And why do most of us end up back where we started, ultimately donating those pants that still don’t fit?

“I think [New Year’s] is an eye-opener of sorts. It gives [people] the opportunity to reflect on the previous year,” says Peter Breithaupt, an elite hockey coach and sessional teacher in Algonquin College’s Fitness and Health Promotion program. Every year Breithaupt witnesses the rush of people hurrying into the gym in their clean white shoes, some who never return come February.

Norman believes it is the timing that makes weight loss resolutions so counterproductive. “The worst process is coming to the end of the Christmas cycle, feeling huge and bloaty and your pants don’t do up, saying to yourself I want to make real change.”

He explains that because Christmas is one of the heaviest eating times of the year, our bodies physically adapt to these new eating habits. There is also a psychological shift simultaneously occurring in that the holidays are a joyful time for most people, which becomes an unconscious reinforcement for our behaviours during that time.

“It takes much more effort to create change than we expect,” Norman says. “Everything is pulling you back to where you started.”

Biologically, our bodies are programmed to seek, maintain and restore balance, and change can be unnatural. It can also seem unnecessary.

“People develop ways of doing things, that may not be positive in an objective sense, but for them they work,” Norman says.

It’s the ultimate excuse — why fix what’s not broken?

This New Year’s Flint decided he wanted to “like things more.” Over the past couple of years, he noticed himself becoming pessimistic, a trait he attributes to the “hipster way” of disliking popular things. “I want to enjoy things again,” he adds, “but I said that last year.”

It may not have worked last year but the good news, according to Norman, is that everyone (including the old dogs) can learn new tricks.

“The most amazing thing about humans is that they can change,” Norman says. Explaining that if the incentive and the desire or need is strong enough, people can adapt. It just has to be for the right reasons and at a time that’s right for you.

So, what are the right reasons?

Norman explains that there needs to be a strong internal want to change, and in order to make those changes, there has to be something better to gain than what you’re trying to change.

The pants you want to fit into might not be a good enough reason. But the feeling of sliding them on, effortlessly looping the button and climbing upstairs for breakfast with breath to spare – ahhhh, that my friend, just might be good enough.

At ADB group, Norman sits down with his clients to help them set clear, thought-out goals. He asks people to think about the end-game, asking yourself, “What’s it going to look like when I get there?” Once a goal is created, he helps his clients take apart whatever it is they want to change in order to create a conscious plan together. This plan should include multiple, reasonable goals, starting that day.

Breithaupt teaches his leadership class the concept of SMART goals. That is, goals that are specific, measurable, attainable, relevant and time-bound. This is a common goal-setting framework that Breithaupt considers to be very effective, as long as it is used properly.

“The problem with a SMART goal is that you can still make bad SMART goals or goals that are far too aggressive,” Norman says.

Breithaupt agrees with this limitation, stressing that “a SMART goal for you is going to be different for me.” He says that as a personal trainer or fitness coach, “we’re going to work together to achieve a goal that is realistic for you, that may not be as quickly as you want, without losing motivation.”

After you have created a SMART goal, you must create a plan that includes short-term, medium, and long-term goals looking up to six months ahead, understanding you may need to re-evaluate and adjust these goals. This crucial step is not inherently implied in the SMART framework but must be taken to ensure success.

“If you’re not having successful experiences you lose motivation,” Breithaupt says. By setting and accomplishing small goals on the way to a larger goal, you experience small accomplishments in a single task creating motivation that carries forward to the next task.

“What you don’t realize is that by starting small and rationing up you’re creating a new habit,” Norman says, clarifying that it takes longer than the commonly-thought 21 days if you want to create long-term change.

Lastly, Norman said that change is something people can rarely achieve on their own. It requires real support, which may not necessarily mean your friends or family — who, hopefully, like you the way you are. Try to find a group of like-minded people to motivate and inspire you.

If fitness is on your radar this year but the gym is not your idea of a good time, start by checking out these articles about bouldering and jiu-jitsu in Ottawa.

So, there it is folks. If you want to make changes this year start by setting a SMART goal. Make sure it is something that you actually want — more than that bag of chips (I’m coming for you Zara jeans). Then create a long-term plan with a series of short-term goals. After that, all you need is a good support system, a lot of patience and the willingness to work.