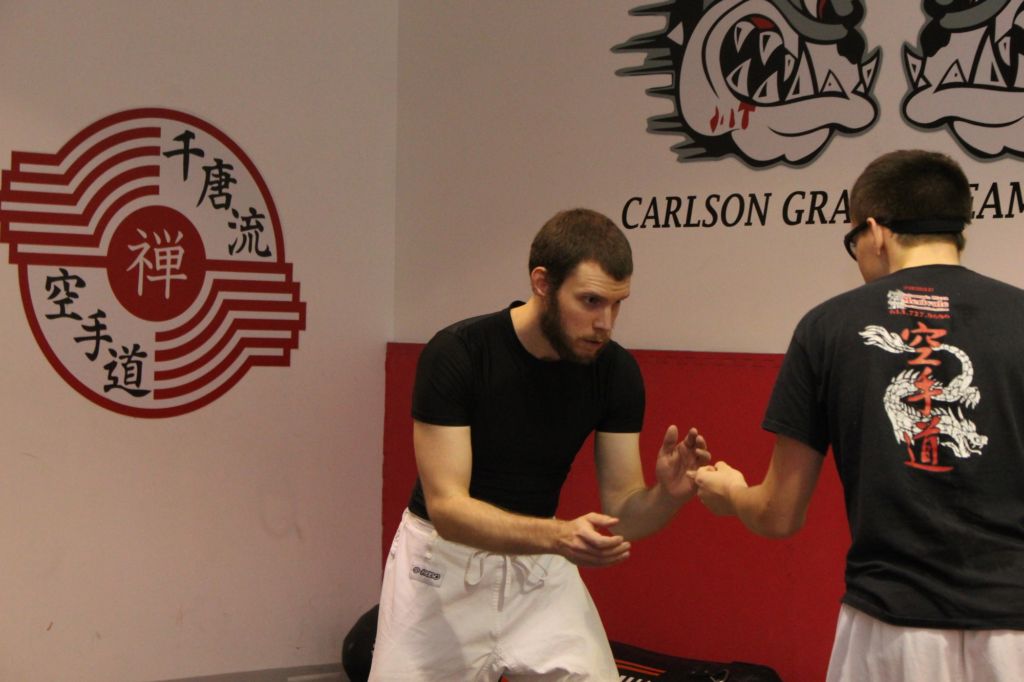 Many people have a fear of fitness but a way of overcoming it is to find a sport with good instructors to guide and help students improve.

By doing jiu-jitsu, fitness and weight loss can be achieved in three to six weeks with regular training.

“A lot of people going in don’t know anything about it and are just looking for a way to get in shape and maybe do it in a more interesting way than going to the gym and running on a treadmill,” says Sensei David Dash, owner of the Zen Mixed Martial Arts and Fitness Centre.

Dash has been practising jiu-jitsu for 14 years and is currently a brown belt who opened his martial arts centre in 2007.

“The benefits of jiu-jitsu is [that] it’s healthy, you’re learning more about your body, how it can move,” says Dash. “It’s a very practical martial art and I think in regards to self-defence it’s a great way to lose fat, build up your cardio and get stronger.”

Dash explains that those who take up the martial art can develop real self-confidence.

“You’re rolling around, fighting in a friendly way with your partner constantly all the time, [with other martial arts you might not be striking as hard all the time] and so you can do that with jiu-jitsu in a way that doesn’t cause injury because we aren’t striking each other,” he says. “And because of that, over the years of doing that what happens is you can develop a lot of self-confidence in situations you find yourself in.”

With these benefits in mind, what are the main reasons why people are so fearful to become fit? And how do they get over their fears?

Sensei David Dash gives a few of his tips below:

1. They are never ready physically.

“They are scared because it can be a little daunting when you see all these people rolling around doing joint locks and choking each other,” he says. “For the average person that is not their daily routine.”

How to get over your fear:

“Everybody starts from a different place, everybody shows up, some people are tall some people are short, some people are overweight, some people are underweight. Male, female, it doesn’t really matter; you just have to show up and we’ll take care of the rest,” says Dash. “Understand the people that are there, generally speaking, are people just like them. They are just the average person coming in and wanting to learn something that they find interesting.”

Dash explains that everyone should have the option to try a free class and get comfortable with the teacher and students to feel if it is the right fit for them.

“They should try a couple places before making a decision,” he says. “Once they do that they’ll start to feel more relaxed about the final decision if they want to train there or not.”

Dash says that if someone is interested in taking up a sport to become fit, they should pick one and focus on it for a year or two before training in a second or third martial art.

“I think most of the people that come in and actually start training they wonder why it took them so long to make that choice,” he says. “Most people go to gyms they’re on the treadmills, they’re on the ellipticals, they are working out on their own. Sometimes they may have a partner but even then they are actually working out on their own and see each other when they pass from one machine to another.”

Dash explains that people who train in jiu-jitsu are not only improving themselves physically, they are also working with other people and socializing — something people who work out at the gym often miss out on.

“Try something different. Not only are you going to get all the health benefits and the self-confidence that comes with it,” Dash says. “Wherever you go you should end up in a gym where you make a lot of good friends and you’ll have a lot of fun.”

Still fearful? Follow this link to see why no one is too unfit for jiu-jitsu: http://breakinggrips.com/never-unfit-start-jiu-jitsu/

Worried about not being able to follow a fitness routine? Check out this helpful guide: https://glueottawa.com/2018/02/04/new-year-new-me-a-guide-to-health/