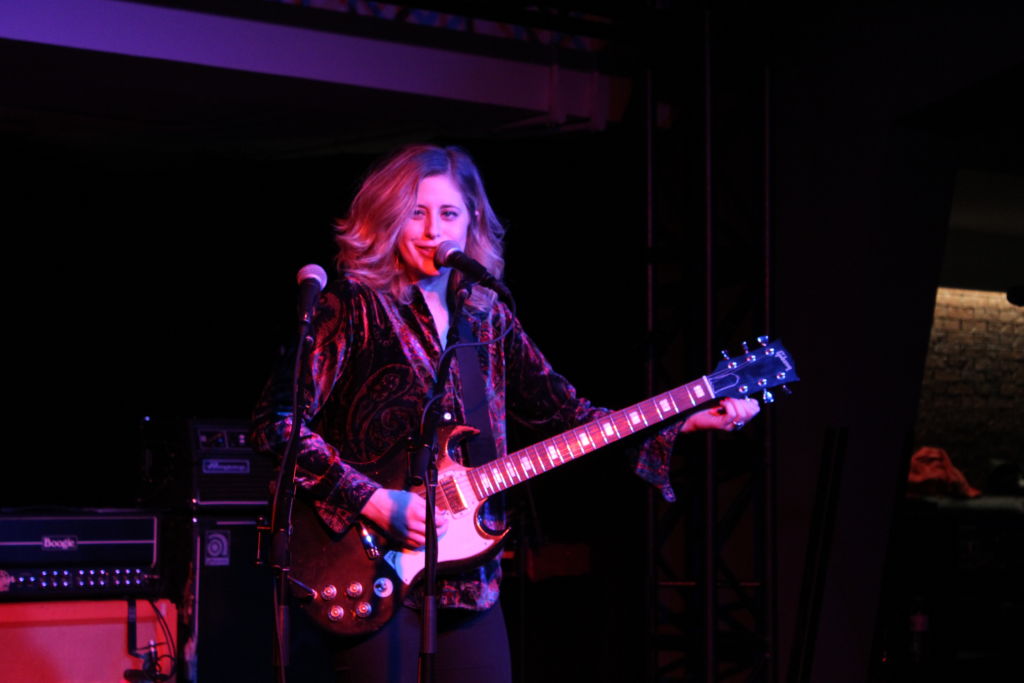 For over a decade, Ottawa band The Balconies were a staple in Canadian indie-rock. That all came to an end last year when the band performed its final show on Feb. 3, 2018, after announcing their break-up the previous December. For Jacquie Neville, the former lead singer, it may have been the end of The Balconies as a band, but it was the beginning of something entirely new as well.

In the year since The Balconies disbanded, Neville returned to school to pursue the interior decorating program at Algonquin College, got engaged and even recorded an album for her new solo project.

Yet, with any big change in a person’s life and career, there are always going to be growing pains.

“I wanted to quit music entirely when the band broke up,” Neville says. “I took six months off music – I didn’t touch a guitar.”

Even though the break-up was amicable, Neville says she felt like she had somehow failed the fans who had supported her over the years.

“I felt like a loser, that I let all of our fans down. I was really considering not doing music, I didn’t think I would share my music again as a performer.”

Fortunately, Neville was able to find her way back to music, in part, with the help of one of her newest “fans.”

“It was actually my fiancé who told me ‘I miss you playing, I wanna hear you sing and play guitar,'” she says. “He was the one who really pushed me to start playing again.”

With this encouragement, Neville decided to dip her toe back into the music scene. She began performing “No-Cover Cover Shows” at the Elmvale Tavern, playing covers of her favourite songs from when she was a kid or heard her parents listening to.

“It really helped me reaffirm my love for music as a performer all over again,” Neville says. “It made me realize why I did it in the first place.”

That’s when Neville started writing music again and one song turned into 12.

Neville says she never intended to release the songs when she decided to record them. She just wanted them for herself.

That changed when her former bandmate Liam Jaeger listened to them.

“The world needs to hear these songs,” she says he told her.

That’s how the two former bandmates started working on music together once again with Jaeger working on the production side of the new album.

“It will be coming out in the spring of 2019,” she says. “We recorded it over the course of four days in the summer. It was really intense.”

However, it wasn’t the first time the two former bandmates had come together to collaborate since the band stopped performing.

The two found themselves working together again after a young performer from Halifax, Kayleigh O’Connor, reached out to them for help producing her debut album Dark Sky Nights.

“She had been a fan of our album Rhonda and liked the production,” Neville says. “We didn’t find her, she found us.”

Neville says O’Connor- who performs under the stage name “Sampson”- asked if they would consider producing the record. O’Connor also wanted Neville to help her with the songwriting and some vocal coaching.

“It was really exciting to be a part of this young artists’ development,” Neville says. “It really reminded me of what it was like to be that age again, and it regenerated this excitement in me.”

Neville says it helped her and Jaeger realize that they wanted to focus on the production side of things.

“Liam and I looked at each other and realized it felt too good working together to really stop,” Neville says. “[Sampson] really served as a catalyst for The Balconies Collective.”

While Neville is still producing music through The Balconies Collective and venturing into a new solo-project, she’s also ventured down new paths artistically.

“When I took six months off music I was humming and hawing and allowing myself to wallow a bit,” Neville says. “The light at the end of the tunnel was realizing how much I still loved collaboration and creating something from the ground up.”

While Neville was still performing with The Balconies she did work on production and set design for the band’s music videos. This helped her realize she wanted to explore new paths that would allow her to use those skills while still allowing her to play music.

That led her to the interior decorating course at Algonquin College.

“I just finished my first semester and it feels great,” she says. “I feel very accomplished and it’s created this exciting energy in my music.”

Neville’s final project for the semester was to choose an architect that she found inspiring and create a model abstract of one of their buildings.

It represents how in nature a forest will reclaim a fallen tree and although the tree may be dead, new life will emerge from within it. She calls the piece “Re-growth.”

Neville still has one more new chapter to begin in the near future as well.

“I’m getting married in July,” she says. “We’re going to have food trucks and Zeus is going to play the wedding.”

For Neville, the biggest change will be becoming responsible for her two new step-sons.

“Do I have new responsibilities? Absolutely,” she says. “I can’t just take-off on tour for eight months of the year anymore.”

Fortunately, that responsibility has given Neville a new sense of purpose.

“Having two step-sons and a supportive partner, that’s my ‘raison d’etre,'” she says. “I’m doing all of this for them now.”

For Neville, the key is to be fulfilled and happy in yourself.

“I think some people are unhappy in their relationships because they are unhappy with themselves and they’re looking outward,” she says. “I think you need to focus on the happiness within you and that will reflect out.”

You can check out some of Neville’s new music when she performs for Ottawa’s Ice Dragon-Boat Festival at the Dows Lake Pavillion alongside Bedouin Soundclash Feb. 8. The show starts at 8 pm.