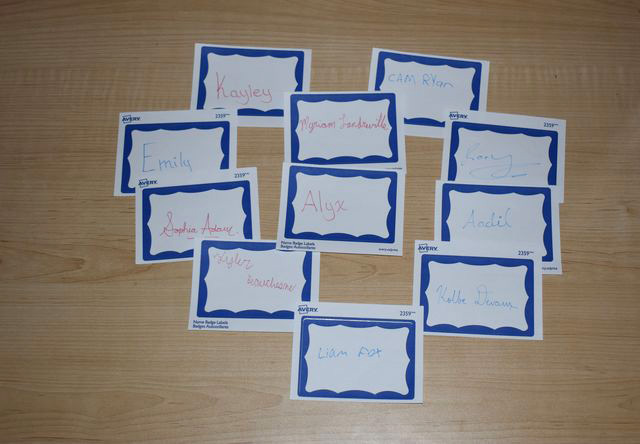 I was born as Larissa Ewing on Aug. 30, 2001 and 20 years later, on Dec. 7, 2021, I started to go by my preferred name, Alyx. A month later, I moved from my hometown of Madoc, Ont. to live in residence at Algonquin College. At that point, I was already accepted into the college with my deadname and my preferred name was never added to my school files.

It took me two weeks to find the courage to go to my peers and let them know I was now going by a different name than what was shown on Brightspace and in my school files, but it has taken me nine months of back-and-forth with the school to have my name changed.

On Jan. 19, I was given resources to help me change my name and make me feel more comfortable submitting my work, but also to help prevent having to reintroduce myself to my professors with a different name in future semesters. The hardest part of the process wasn’t proving that I went by a completely different name, but to actually change my name in the system.

My entire first semester, I was told things like “you have to show legal proof” or “you don’t need to show legal documents, just something with your preferred name,” and it continued to be back and forth with contradictions. I felt defeated and the idea of being deadnamed made me discouraged about finding a sense of belonging in the community.

Four months later, while going into my second semester in the summer, the registrar’s office finally changed my name. Three days after the change, my name was officially changed on Brightspace. I felt like I was finally able to be myself when I was submitting my work and logging onto Brightspace to join my Zoom classes. I was given a new student ID card with my preferred name, as well as a new U-Pass.

During this time, I was deadnamed by one of my professors during a Zoom class lecture. I froze. I was confused as to why I was called by that name when it was no longer on Brightspace and I had previously introduced myself as Alyx. On Zoom, my display shows my preferred name. No one in my class during that time called me by that name, but everyone knew that it was my legal name. Although he was not called out for it, everyone felt uncomfortable.

A few months went by to September. I was sent two emails back-to-back by the residence building on campus about a package being delivered for me to pick up at the front desk. Unfortunately, in both emails, my deadname was used. An hour later, the college sent me an email to welcome all students back to campus after the summer break. Once again, my deadname was used. While I sat in my class, I felt frustrated and hurt that after finally believing the college had changed my name, I was not fully being recognized.

After another trip to the registrar’s office to make an appointment, I was told that everything had been changed. I had to show them this was not the case. After the woman at the desk saw my email, a look of defeat covered her face and an email was sent to IT to fix the issue. I was told it would take a few days for the change to take effect, but it would be fixed immediately.

A week went by and while I waited for another email to be sent to see if the changes were made, I sat in my dorm room to reflect. It had now been nine months of fighting and being annoying just to change my name, so I can continue my education feeling accepted and comfortable. I had never once thought it would take this long.

On Oct. 6 I went back to talk to the IT services and registrar’s officer as I was continuing to be addressed by my deadname. We sat and talked about what had been happening. They looked at my file and told me, “You just have to ignore the fact that this is how we are going to address you,” and I felt like I had been hit with a brick. The only reason I was given for this was that IT didn’t have access to change it entirely and they couldn’t share with me who . I felt defeated and hurt.

Being accepted in a community is what everyone wants. As a member of the 2SLGBTQIA+ community, that is something that I have had to fight for in my hometown and in the schools that I previously attended. Being told my school can’t address me the way I want to be addressed shows that this is a fight that I still have to fight.

I was born as Larissa Ewing, but my name is Alyx Ewing.