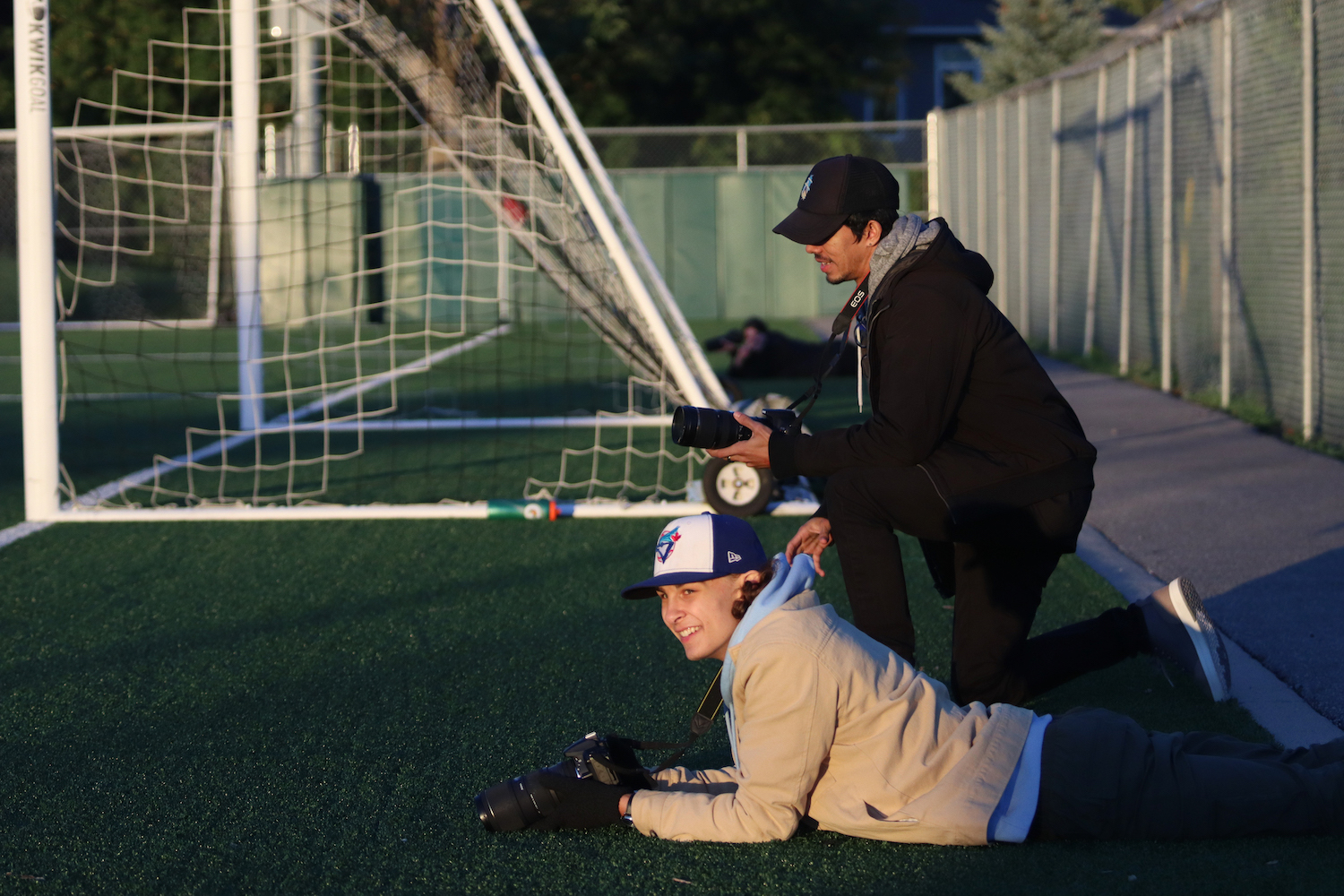 Covering sports was our guilty pleasure in journalism school, as my fellow biased reporters Liam Fox (lying down) and Kolbe Devaux (kneeling) will attest.
Photo by: Aadil Naik

It’s the fourth quarter as the Algonquin Wolves faceoff against the Lambton Lions in the quarter-final of the women’s basketball OCAA championship. Wolves fans are stomping their feet, chanting rhythmically and cheering. I join in, whooping every time Sydney Moore or Dasia McDonald score points.

The problem? I was covering the game as a reporter. And—as we are constantly reminded—a journalist is expected to be unbiased. I wasn’t. I made no effort to be.

I will miss that unabashedly biased student reporting freedom.

When I joined the journalism program, I was well aware of the ethics and egalitarian approach to representation all reporters must uphold. For the longest time, I did uphold that approach. But then I stepped in to cover a college basketball game and it all went out the window. Because this didn’t feel like I was covering an event. It felt like I was covering family. My home. My place. The stands filled with the Algonquin green. And while I’m sure there are those who claim to be objective in situations like these, they’re not. I prefer just owning up to it. I love the Algonquin Wolves, and I’ll be damned if I don’t cheer them on at every game.

Is it iniquitous to report in a biased way? Yes. Is it questionable to high-five a Wolves soccer player after they’ve scored? Absolutely. That’s precisely why I will miss it so much. Because I must acquiesce this is the last time I can do it without guilt—I write for the Algonquin Times, and my readers want to read what the Wolves did in a way that makes them happy. My moral compass will (hopefully) not allow me to do it otherwise.

This feeling of elated reporting will evanesce at some point in the coming years. I will become a boring, no-nonsense, completely neutral and fair person. It seems that’s what a reporter’s dreams are made of. I will not smile at games and I will take equal pictures of both teams. And at some journalist award function, my name will be called out to honour the spirit of fair journalism.

But until then, GO WOLVES GO!