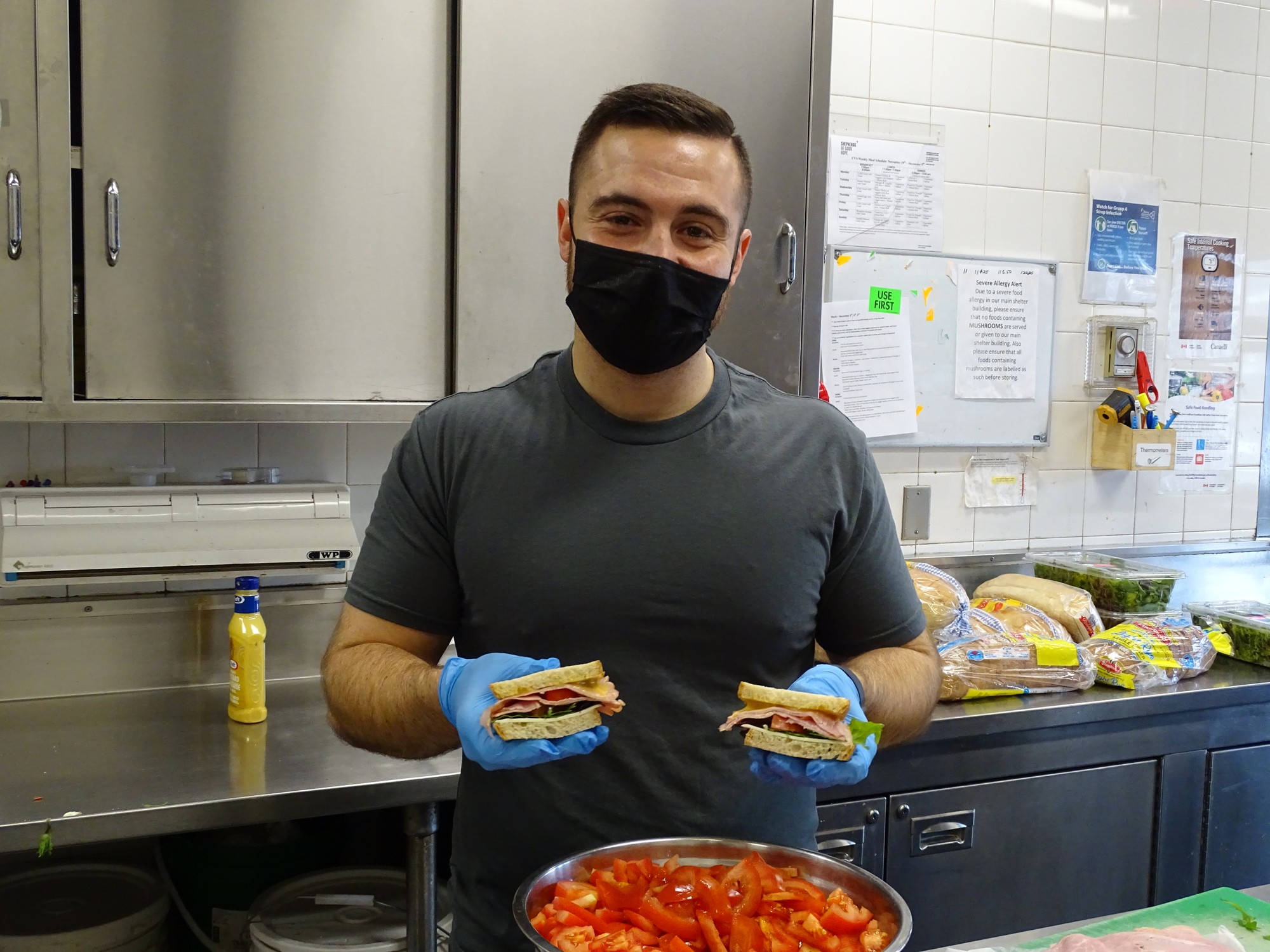 Munchies With Mike was launched in January 2020 because Shaheen didn’t just want to help people who are hungry and homelessness, but to make them feel cared for with special homecooked meals.
Photo by: Muna Aden

Downtown Ottawa. It’s a place that is difficult to walk through, especially during the cold winter weather. Everyone is bundled up, shopping, or staying put exactly where they are, outside, with nowhere else to go. It’s a place Mike Shaheen visits often as he spends his weekends with friends cooking and serving those dealing with homelessness. It’s where his non-profit Munchies With Mike all started.

It was launched in January 2020 because Shaheen didn’t just want to help people who are living with homelessness and hunger, but to help by feeding them special homecooked meals. He wants those who receive his food to feel respected and cared for.

Shaheen led a busy life before starting his non-profit. He graduated from the Telfer School of Management at the University of Ottawa in 2018, where he specialized in finance. After graduating, he pursued many career options. He spent time working in the private sector, for the government and Elections Canada. In early 2020, before the pandemic, he began working for the Canadian Human Rights Commission as an accounting officer and has been working there from home since. In between all of that, he still finds the time to live a balanced life, as he enjoys occasional golf trips, skiing with friends and watching Ottawa Senators games, even though they aren’t having the greatest season.

Munchies With Mike was an idea Shaheen had been thinking about for two years. For Shaheen, most of it was procrastination, but there was also a level of fear of how the public would perceive his work. Shaheen is active on social media and posts updates for his non-profit and never wanted it to come across as he was looking for “clout” for his work. The big motivation for him though was purely the guilt he felt whenever he’d go for walks around the city. 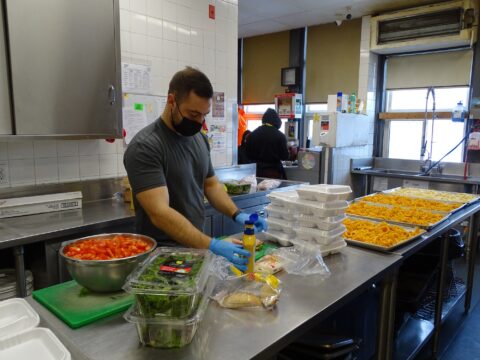 Along with cooking his own meals, he also partnered up with Shepherds of Good Hope, where once a month he goes and cooks’ lunch there, which is then served to the folks that come by. Photo By Muna Aden Photo credit: Muna Aden

“Honestly I just felt bad for people in the streets,” he says. “Like if I go out or something and I’d see people downtown, I oftentimes find myself meeting with people who are asking for money or for food.”

Shaheen always preferred to take people out for a meal rather than just handing out money as he wanted to know he was contributing to something good. He quickly came to realize how much help the homeless community in Ottawa really needed. “Sometimes I’d go with one person, we’d grab a meal and then a minute later I’d see someone else, so I’d go and end up getting a meal with them too,” he says.

From that point on, he decided to take his love of whipping up “random concoctions” and make enough servings to feed as many people as he can.

Shaheen runs this business with the help of close friends Mark Tibshirant, Isaiah Redfern and Connor Thomas. They meet every other week to shop for groceries and cook the meals. They will spend the day making about 40-50 servings and switch up meals every time they get together to cook. Meals have included grilled bacon mac and cheese sandwiches, Philly cheese steak wraps, special breakfast wraps and other quick and delicious meals.

“The meals that I make for people, I want them to be sort of very outside the box,” explains Shaheen. “Things that people otherwise wouldn’t be able to have.”

Tibshirant, a lifelong friend of Shaheen’s, enjoys being able to give back but he also understands how much better this experience is getting to do it with a close friend.

“I get to help out someone who’s been there for me for a very long time as well so it’s a double whammy,” says Tibshirant. “But really giving back to the community I find is extremely important and underrated in this day and age so whenever I can do that it’s my pleasure.”

Once they’ve made the food, they wrap it up in foil, pack the meals in boxes along with a water bottle and head down to the Shepherds of Good Hope, The Salvation Army or around Rideau Street to hand them out.

In the beginning, as Shaheen was getting his non-profit going, funds were coming directly from his pocket, along with his friends’. September 2020 was when he finally opened a business account where he was able to accept donations. By summer of 2021, he was able to host the organization’s first golf tournament, raising over $5,000 to help keep Munchies With Mike afloat.

As the past almost two years have gone by, Munchies With Mike has grown exponentially. Now, along with producing his own meals, Shaheen has partnered with Shepherds of Good Hope, where once a month he cooks lunch, which is then served to the folks who come by.

With how much people in the city have embraced Munchies With Mike, Shaheen has also been able to have meals provided by restaurants and vendors like Heartbreakers Pizza, Couscous Food Truck, Di Rienzo’s Grocery and many more.

Taking on a venture like this comes with a feeling of pride for Shaheen, knowing he’s helping vulnerable people on the streets. He also gets to build a rapport with some of these people, and hears many touching stories along the way.

“The thing is I find a lot of people…they’re so okay with sharing,” he says. “There’s one guy on the streets who I know and every time I go get a sandwich, he would always mention how his wife has a mustard allergy, so every time I’d go there, I’d always make sure that there’s at least one sandwich with no mustard so that I can give it to his wife.”

Whether it’s a story like that, or being told by someone he is serving that they haven’t eaten in days and his meal is “heaven sent,” these are the moments Shaheen says are the most rewarding.

Some of the best success stories have a movie-like feel to them. Shaheen’s mind is always working when it comes to his goals for Munchies With Mike. There isn’t necessarily an end to this movie for Shaheen, but with more meals to be prepped and the dream of owning his own food truck, there are exciting places he’s looking forward to seeing his non-profit go.