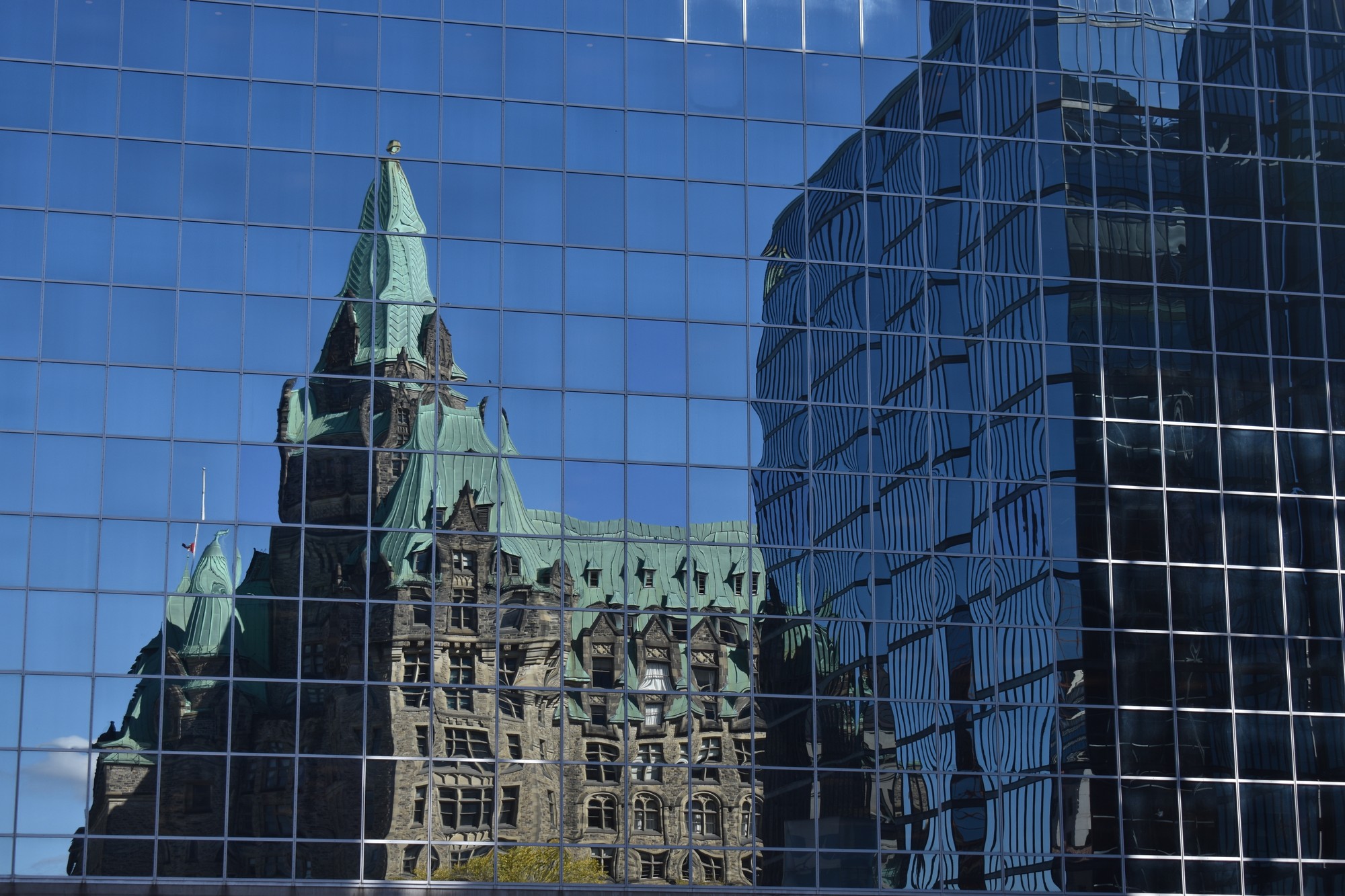 As a building representing Confederation, it contains ornaments depicting aspects of the country’s population, whether through different occupations or the symbols referring to national roots in France, England, Scotland, and Ireland (fleur-de-lis, rose, thistle, and shamrock), in addition to the maple leaf,” says Michael Windover, architectural historian. “This kind of imagery ought to be read historically and critically today as we consider the power dynamics that led to the establishment and growth of the Federal Government at the expense of indigenous peoples and through the exploitation of others not represented in the decorative scheme.
Photo by: Brett Thoms

Since moving to Ottawa, I’ve noticed a stark contrast in how the city looks. The sprawl of modern Ottawa has cookie-cutter suburban houses, strip malls, bland apartment high-rises and nondescript office buildings, among the many other boring and uninspired structures you find in any other North American city.

However, some buildings stick out. They are buildings that seem to have been intended to have meaning beyond just their practical application.

The most famous are the Parliament buildings and the Chateau Laurier. But there are others that stand out from the skyscrapers, storefronts and traffic lights. I wanted to investigate the artistic and symbolic meanings of some ofthese buildings, in order to understand why they draw such contrast to modern architecture in Ottawa. 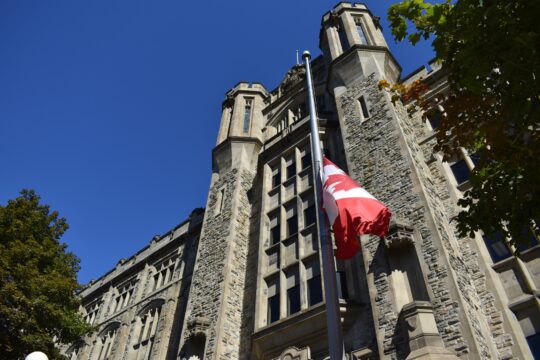 The Connaught Building was originally built as a customs warehouse according to Andrew Waldron, author. It was meant to ensure all cargo going through Ottawa would be taxed and tariffed during the First World War. Photo credit: Brett Thoms

The Connaught building is on Mackenzie Avenue, across the street from the side of the Chateau Laurier. It currently houses the headquarters of the Canada Revenue Agency. It was built between 1913-1916.

“This kind of revival architecture, drawing from Gothic, Elizabethan, Tudor and Baronial styles, was popular in Canada at the time and reflected Anglophilic associations with the British Empire,” says Michael Windover, Associate Professor of Art & Architectural History at Carleton University.

The architect, David Ewart, wanted to design a building that would capture Canada’s ethos, and to him, that would best be the style of Scottish monumental buildings, according to Andrew Waldron, author of Exploring the Capital: An Architectural Guide to the OttawaGatineau Region.

“Ottawa was seen as a cold capital, so the northern Scottish baronial architecture was thought to have really worked well,” says Waldron. 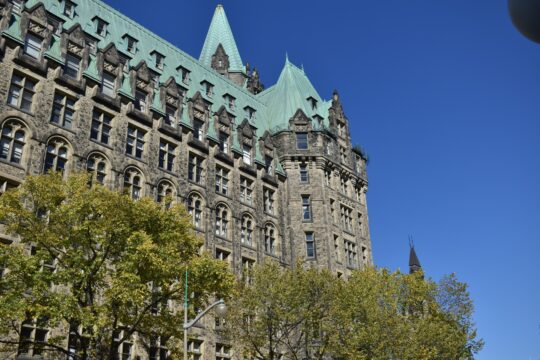 “The Confederation building was built because there was a major expansion of the public service at time,” says Andrew Waldron, author. Photo credit: Brett Thoms

The Confederation Building is on Wellington Street, next to the Parliament buildings. It currently serves as an office building for MPs. It was built between 1928 and 1931.

The prime minister of the time, Mackenzie King, wanted the buildings of the capital to have a hybrid British and French architecture style, according to Waldron.

“It is a chateau-style building with its steeply pitched roofs and picturesque silhouette that represents an attempt to create a Canadian style,” says Windover.

“It was a period of creating a national capital,” adds Waldron. “Ottawa is always looking south to Washington and to see Ottawa as the capital of Canada you’re going to have to have these monumental buildings. They were very romanticized. Veryrooted in the 19th century. It’s the opposite of the neoclassical architecture of Washington.”

“The style of the Confederation Building was quite traditional, even for the time,” says Janine Debanné, associate Professor at the Azrieli School of Architecture and Urbanism at Carleton University 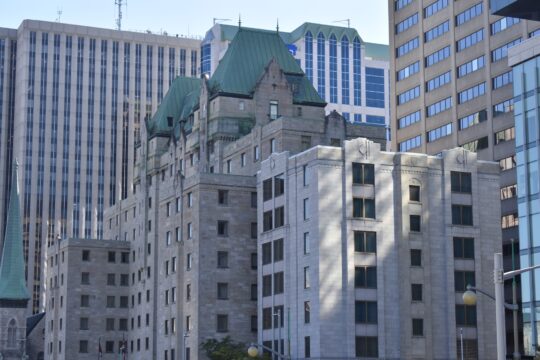 The Lord Elgin Hotel is suitably on Elgin Street, near the war memorial. It was built in 1941.

Its original purpose was to meet the needs of a rapidly expanding civil and military bureaucracy needed in Ottawa during the Second World war, according to Waldron.

“Like the other buildings, it has a steeply pitched, copper roof but its references to the Chateau style are more abstracted, flattened and linear, in keeping with what is often called Art Deco today,” says Windover.

The Lord Elgin can be understood as the more modern version of the Chateau Laurier, in terms of style, according to Waldron.

“The specifies of the style are hybrid. It’s eclectic,” says Debanné.

All three buildings represent the attempt to create a Canadian national identity. They are tied together by the fact that they were all built at different points during the rapid growth of the Canadian state and its civil service between the First and the Second World Wars, according to Waldron.

Regardless of the interpterion of this history now, at least it has given us some interesting monumental buildings to look at.