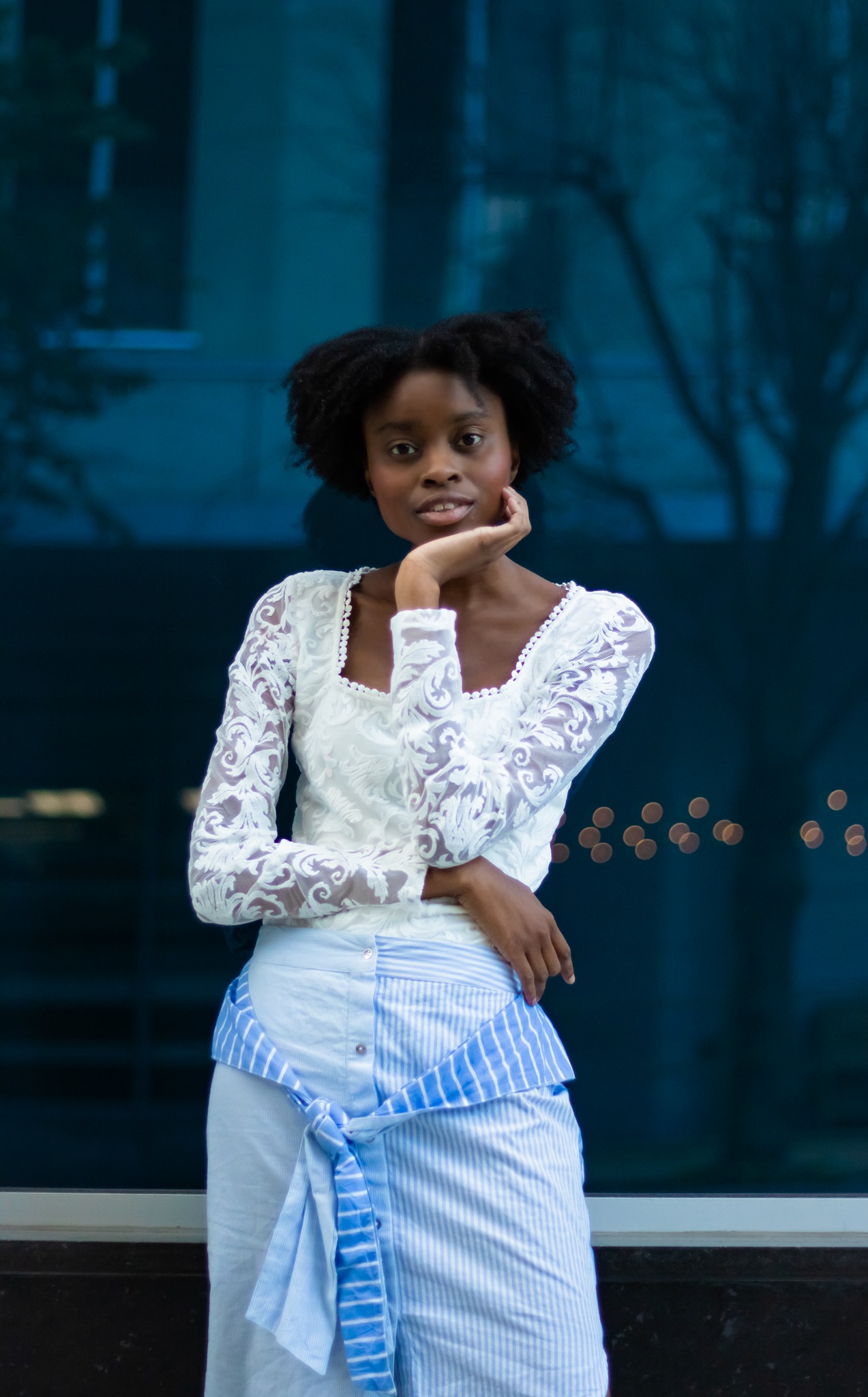 Every photographer has their own style. Whether it’s upscale, highly-polished event photography or richly saturated candids depicting smiling families, no two artistic styles are exactly the same.

Ottawa-based Saint Kayla Photography takes specialization one step further. Independent business-owner, part-time entrepreneur, photographer and French-Canadian-Bajan artist Kayla Straker-Trotman creates a unique experience for her clients. She combines the intimacy and vulnerability of traditional boudoir photography with the raw beauty of nature in her sessions.

Straker-Trotman, who started her photography business in November 2018, was apprehensive about joining such a competitive industry. However, she soon realized that her techniques, personal beliefs and way of interacting with people would put clients at ease.

“For me, meditation and spiritual stuff kind of brought customers or clients to me pretty easily,” says Straker-Trotman.

The nature of boudoir photography is, in itself, deeply personal. The subject undresses in stages, donning various pieces of lingerie and other intimates, sometimes even appearing nude. The photographer is allowed to witness all this, so some degree of comfort is warranted for these sessions. Straker-Trotman says that establishing this trust with her clients comes naturally to her.

“I think people are really okay with being raw with me,” says Straker-Trotman. “I guess it’s part of my personality where I get people to slowly be okay with everything.”

Typically, boudoir photography takes place in a bedroom or studio staged to give a more intimate, warm feel, but Straker-Trotman’s clients prefer to be photographed outdoors. 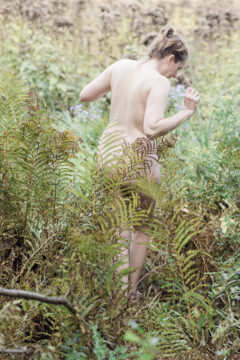 One of Kayla Straker-Trotman's trademark boudoir photos, with her subject posing nude in a field of grass. Photo credit: Saint Kayla Photography

“It’s like a different version of boudoir when I do it,” says Straker-Trotman. “The person starts off super dressed because they want to be comfortable, but then they end up wearing what they want to wear. It’s either lingerie or they just go completely naked, and that’s why they want nature. They don’t want anyone to be there, you want to be in a private area.”

Straker-Trotman calls her photo sessions an “experience” because she says she helps her clients see their innate beauty with very little editing. Her photo sessions often take place in remote locations on the fringes of Ottawa, where she can capture the hidden groves and mossy woodlands of the Valley.

Since Ottawa is known for lengthy, frigid winters, it’s difficult for Straker-Trotman to shoot outdoors during the colder months. That’s why her business runs only for six months of the year – primarily during the summer and fall – when the natural landscape is at its most striking.

“That’s when everyone wants to be outside,” says Straker-Trotman. “They want to find a place that no one else has been, so you usually have to be a little further out in the outskirts of Ottawa. Forest areas and waterfalls and stuff like that. And then there’s some people that just want to be placed in the city, and they want to be interacting with nature, like a leaf or something.”

Although Straker-Trotman has always been enchanted by the arts, photography was something she didn’t learn until later in life.

Straker-Trotman comes from a family which highly encouraged artistic involvement. Even her mother, whom Straker-Trotman says placed a heavy emphasis on academics, was supportive of her daughter’s artistic endeavors.

After she graduated high school, Straker-Trotman began her studies in various programs at Algonquin College.

“I just decided to do all these art programs like advertising and marketing and design studies,” says Straker-Trotman.

When Straker-Trotman began her design studies program, she was handed a DSLR camera for the first time. It was love at first sight.

The young photographer recalls being inches away from entering the graphic design field, before receiving a grim warning from one of her professors: “We’re going to break you.”

“I feel like your career or a job, it should be fun,” says Straker-Trotman. “And after taking a six month break, I just realized photography would be the best thing for me. It made me happy to connect with people. It didn’t feel forced, and it didn’t feel forced on their end as well.”

The idea to work within the tranquility of nature came from a friend, according to Straker-Trotman. However, it’s her clients who request the use of her raw, unfiltered editing style.

Straker-Trotman’s sessions usually range between one and two hours, depending on the amount of time the client needs. The starting price for a two-hour boudoir session with two digital prints for personal use is $400. That’s just slightly more expensive than the average price for boudoir photos, which usually start around $150 to $175 per hour.

It took time to arrive at that pricing scheme, says Straker-Trotman, who relied on friends in the industry and personal research to properly price her services.

“At first I was charging really cheap, but that’s for people that are working 24/7, and to be honest I don’t want to work like that,” says Straker-Trotman. “Even if it was a lot of money they’re paying me, I still don’t want to work 24/7. I felt like I deserve more than that with all the time I’m putting it. I factored everything in with transportation, all the equipment I have to pay for, and that included a lot of lighting, even outdoors.” 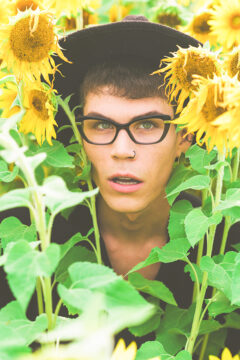 One of Kayla Straker-Trotman's clients in a field of sunflowers. Photo credit: Saint Kayla Photography

Straker-Trotman says her worst financial year was in 2018. In 2020, however, business picked up. Many indoor studios found they couldn’t conduct shoots while maintaining six feet of distance.

Straker-Trotman does things differently, though.

“I’m in nature so they can go as far as they want while I’m taking the photo,” she says. “I’m not indoors taking the photos as much, I only did a few of them indoors. Everyone wants to be outside somewhere.”

Straker-Trotman says that in spite of the pandemic, 2020 may have been the most successful year for her business so far. Due to on-and-off restrictions, she was only able to work with clients for three months altogether last year. Despite this, she still managed to make $21,000.

This may also be due in part to a recent societal push for Canadians to support Black-owned businesses. In 2020, many Black-centric business directories gained visibility in Ottawa, such as Instagram’s Black Owned Ottawa and Black Union. Straker-Trotman, who is of French-Canadian and Bajan descent, is featured on one such site, Afrobiz.ca.

“I found it through a friend,” says Straker-Trotman. “I like that this place is a free platform, because they want to get your voice out there. I felt that it was really sweet.”

Like many other Black artists and entrepreneurs, including Straker-Trotman, has enjoyed increased success since the rise of Black-oriented business directories, which showcase only local Canadian businesses of Black descent.

But now, like many artists, Straker-Trotman is feeling the struggle brought on by COVID-19 restrictions. She has been all but sequestered due to province-wide stay-at-home orders. All of Ontario has been under a mandatory quarantine since Dec. 26, which has impeded Straker-Trotman’s ability to book clients.

“Right now I can’t take photos – not even outside.”

For now, Straker-Trotman is working as much as possible with the space she has. Although she’s not fond of her circumstances, she says she’s taking the time to hone her craft and she meditates often.