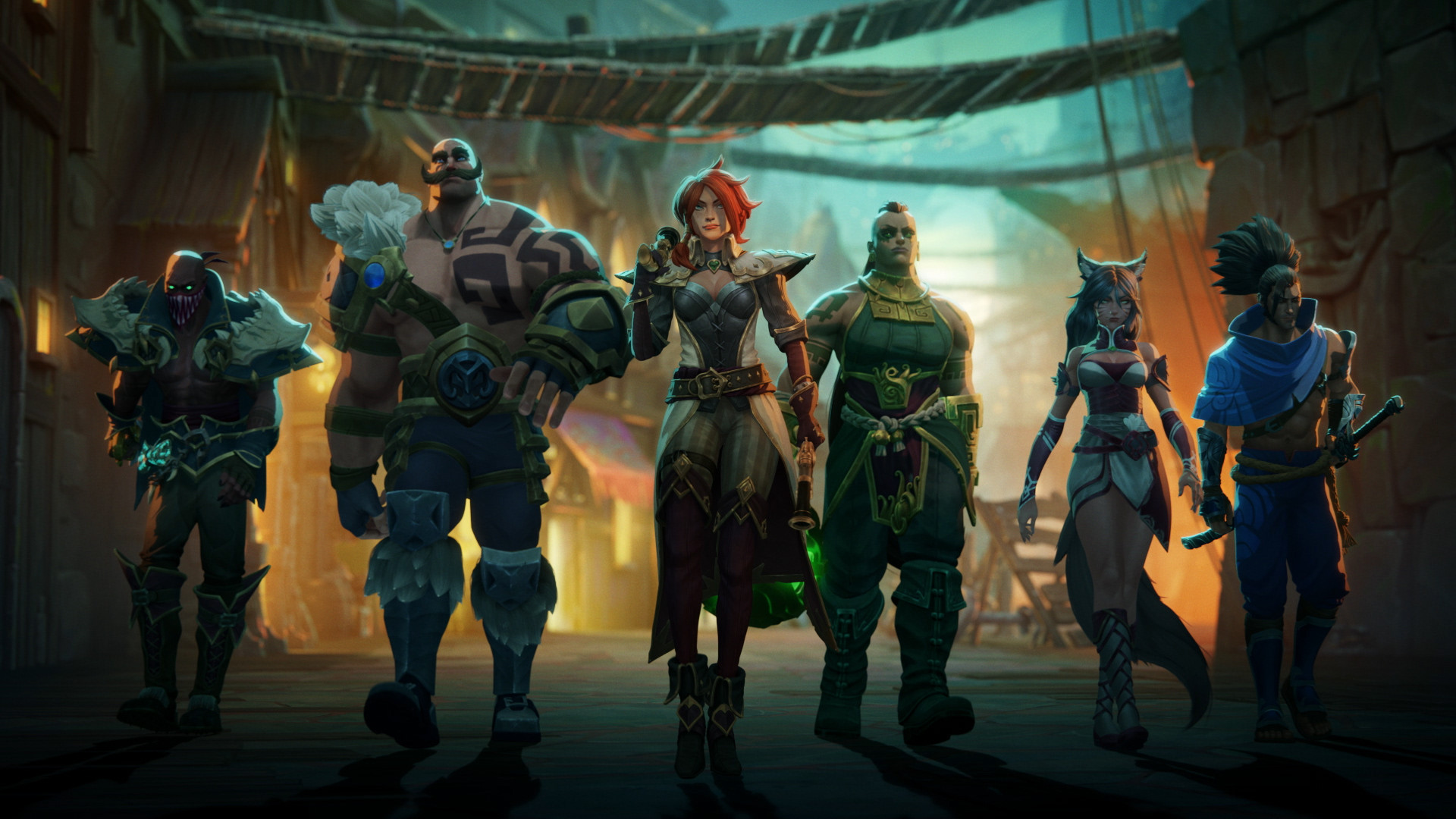 Ruined King: A League of Legends Story is the upcoming turn based role playing game from Riot Games
Photo by: Riot Games

The start of 2021 promised a lot of things to gamers. To them, it wasn’t just the end of a series of unfortunate events. It was the start of a year that would revolutionize gaming. With the releases and announcements in 2020, the hype was building up.

Two new consoles were announced by Sony and Microsoft, with a new challenger approaching to spice up the competition as KFC announced their console (which seems to be not just a meme, but rather a high-end PC disguised as a console). A ton of new exclusives were also presented for both the PS5 and the Xbox Series X.

However, the crown jewel that was supposed to cap 2020 was Cyberpunk 2077. Eight years in the making, Cyberpunk 2077 was hyped to outer space, as if it was going to revolutionize gaming as we knew it. What the game delivered instead, was a remarkable story and a T-posing Keanu Reeves, glitched inside a wall.

Despite the sour taste 2020 left behind, many people enjoyed their time playing the games that were released.

“Favourite games of 2020 are definitely ones that I was able to play with friends and gave a different vibe from the rest,” said Rane Venzon, a 22-year-old Concept Art Design Foundations student at Algonquin College. “Animal Crossing: New Horizons and Monster Camp. These two games allowed me to simmer down, relax and enjoy my time with my friends.”

Just like last year, 2021 is also packed with great releases, thanks to the new frontier of the console wars. Sony is looking to top the “most anticipated games of 2021” list with their new PS5 exclusive, God of War: Ragnarok. This game will be a sequel to 2018’s God of War for PS4.

“I was a huge fan of God of War on PS4. It was a beautiful world, full of memorable moments,” says Dallas Armitage, 22, a first-year Game Development student at Algonquin College. “It did a very good job of being challenging while making the player feel powerful while playing as Kratos. God of War: Ragnarok is one of my most anticipated games for this year.”

Microsoft wasn’t just watching Sony release new games. Halo Infinite made its debut back in 2018 as an Xbox One exclusive during the annual Electronic Entertainment Expo (E3), set to launch in 2020. Two years and a global pandemic later, its release was delayed until late 2021.

The Halo franchise has been receiving a lot of criticism since 343 Industries took over the title after Bungie split from Microsoft. “I’m very biased to all things Halo since I grew up playing it all the time with my brother and friends. So naturally, Halo Infinite is the game I’m probably most invested in seeing this year,” says Mario Lumaj, a 21-year-old Business Administration student at Algonquin College. “I’d put Halo Infinite as the top spot for myself, but I’m not hyped up about it. I think most Halo fans would agree that 343 Industries has done extremely poorly in delivering in the wake of Bungie.”

PC players also have a grand selection of games coming out this year. One of the most notable is developed by Riot Games. Ruined King: A League of Legends Story is based on the lore of the popular multiplayer online battle arena game, League of Legends. However, unlike League of Legends, Ruined King is a turn-based role-playing game. Riot Games have been expanding their game selections in many directions with card games, first-person shooter titles and mobile games since 2019, so a turn-based RPG wasn’t a surprise for many fans.

“Pretty excited for a new game in the League of Legends universe,” says Chris Boettcher, an Algonquin College graduate in the AC Esports club. “I haven’t played a good turn-based in quite some time, and the other Riot Games products have impressed me.”

Keeping everything 2020 has shown in mind, it is important to take every new release with a grain of salt. Highly anticipated games can be awkward like Cyberpunk 2077 or, an obscure title may become the next hit.